The Rebellion has started!

Wrote this lil' program just for the occasion :3

Admer456
Commented 1 year ago2018-11-30 23:31:55 UTC in journal: Video editing software Comment #101647
I use HitFilm.
The Express version is free, and it's got the basic stuff that you need (and from what I see, plenty of tutorials). It seems simple on the surface, and it is simple if you use it for basic stuff. (can be advanced only if you wish)

The only thing I'm not fond of is its way of doing text. You make a composite shot, add a text layer, edit it with the Text Tool, find the Text tab, edit the parameters, and then place the composite shot in the video.
Sony Vegas does text in a much much more straightforward way in comparison.

Admer456
Commented 1 year ago2018-11-20 10:10:59 UTC in journal: Why I am here, where else you can find me. Comment #101627
If you're interested in pre-displacement-era terrain (which is not just fake displacements), take a look at my Advanced Terrain Creation tutorial, precisely the last few sections under "Toward Gearbox-style terrain".

It should serve as an introduction to these old (but gold) terrain-making methods. I covered only a few terrain types that you can make with each technique, but I am planning to write a part 2 for tne tutorial. 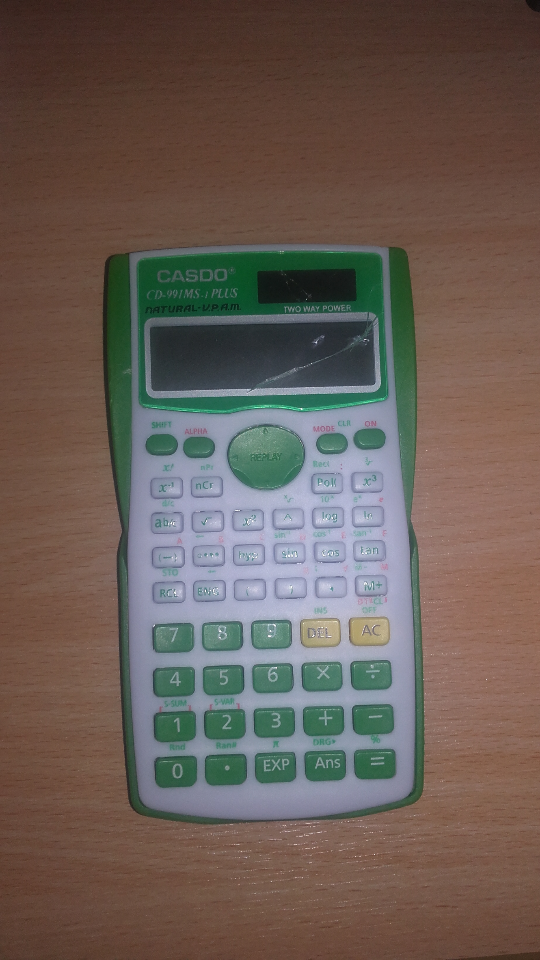 Its screen cracked a lil' bit when I fell on the concrete floor, after I finished the school physics competition. It's been with me for years, lol.

At first, I thought it would be impossible for someone like me, but fortunately, I was wrong. I got used to it. I'm no longer nervous because I know I'm on a good path. ^^

Good luck to you. I'm sure you'll make it. Just take care of yourself and study well.

I knew someone would say it. Damn it. :/
Now you made me think of mapping as a fetish.

The problem back then was, I knew no theory whatsoever. And I mean the basics (apart from what compiling is and some stuff). It was basically a head-first dive without breathing in any air.

I was just copy-pasting from coding tutorials and then trying to fix the compiling errors one by one. I'm kinda surprised that it all even worked.
But yeah, now I'll do it the right way. It took me 3 years to consider it though. Let's just hope that my actions match up to what I say, as I often get too buried in my own projects. <-<

What I will remember forever about this mod, is that it spawned a new set of branches on my skill tree. So far it was mapping and video editing, but that mod made me start learning texturing, modelling, coding and music production. I definitely appreciate what it did to me.

I was on a 6-month vacation from GameBanana, basically. If we compare 'Crater 2015' to dm_5nights, you can see how much I improved my mapping skills in terms of entity work, and brushwork in the meantime.

As for coding, that's the only area where I'm lacking a major component. I can only do so little right now. But to be fair, back then I was compiling in VC 6.0 on version 2.3 of the HL SDK and I had no idea where to learn.
Programming is something I'll study anyway, and I don't think it's too late to start actively learning it now.

I think it's time to go outside, buddy

I hope you're joking. I go outside at least once a day.

Have fun sightseeing, too.

@SSB
Definitely, the floor is really nice. I should photograph it and make a texture out of it. xD

@SSB
Definitely, the floor is really nice. I should photograph it and make a texture out of it. xD

Now you have a brand new pc to play old games on!

@JeffMOD
First expect a comparison between it and the laptop. And then expect me to finish some things I've started.

And when I finish those, I'll move on to modern engines.

Admer456
Commented 1 year ago2018-06-23 10:51:40 UTC in journal: A crazy dream Comment #101298
That's truly a dream. Oddly enough, last night I had a dream that I was playing handball, basketball, football and boxing against a team of 30 black people. It was weird, the physics were "Totally Accurate Battle-"style, but I won. Weird.

If Planetside made game dev tools, that would be so cool, but the game would run at 30 frames per hour.

The MS PSU is a placeholder until I can find the price of an EVGA 450 B1 in my country. MS Industrial's PSUs are plain unreliable, and they're like a disease which roams nothing but the lands of former Yugoslavia (at least as far as I can tell). Their cases seem to be fine though.

Speaking of that, I got a book about what Bosnia and Herzegovina was like in 1896 (as part of the reward on the IT competition). I'll definitely read it.

As for the motherboard, PSU and case, I've talked to my seller about it. Cases are one of the most repetitive things in this country. In every shop, it's either 3 or 4 unique cases. <-<
And good PSUs are rare, as most shops only have ones from an unknown brand, and are mostly 300W. Motherboards aren't as rare, but there are usually no quality ones unless you really invest into them.

Luckily we managed to find an Asus Prime B350-Plus, which to me seems good. It even has a PS/2 port which I find surprising, but that's good as well. I won't have to buy a new keyboard.

@JeffMOD
Thanks for the advice, I'll keep that in mind.

Apparently this program used to cost nearly $3000. Combined with the price of all that new equipment and a SVGA that is supported by the Vibrant driver, a total of $12k. Wow. Yet people complain that 3ds Max is costly.

This comment was made on an article that has been deleted.

Today I won 2nd place at that IT competition.

At first I wanted to do the C++ compo, but they stuck me into the IT theory compo.
Aaand, I hoped I'd get into the top 20 at least. At least.

There were so many older students than me. I was the only 1st-grader there, among 2nd, 3rd and 4th-graders. I felt like a baby among grownups >-<

I was so surprised that I won 2nd place, 1st place being a popular 4th-grader from my high school. I just couldn't believe I was in the same 'basket' as someone who knows so much more than me and has so much more experience than me. One thing though. Both of us went to the same elementary school.

I'll have an IT competition tomorrow, so I hope I'll achieve good results as well.

On Windows XP, this isn't a problem.

Also, old rendering pipelines are the only things my Intel GMA X3100 can support. xd