The triggers trigger the button, as the Burbutton abuses the fact in can be shot to activate just like in metroid. Button triggers the env_renders which either fade in or fade out the blue glow ( additive texture) which then trigger the door to open. Totally needs spirit to function properly.
Only issue is that spirit should allow you to change fund_doors to fire their targets as they move, rather than after moving. This doesn't work. So the opening sound works fine, but the closing is triggered after the door shuts which is a bit weird. Works exactly like the game.

there's a real metroid style hatch for you

and it's completely cheating by using ripped textures from the game and making brushes from there.. and ripped sounds too!

Instant Mix
Posted 4 years ago2015-07-12 17:19:10 UTC in Sledge (Hammer Alternative) Alpha Build Post #326319
I know exactly what video you are talking about TJB, and that's exactly what I was thinking of in my head when typing that post. I can't remember for the life of me what it was called

but honestly the idea of level creation whilst being able to physically manipulate rooms and brushes with your own hands sounds.. amazing. Also a sense of depth to what you are building.

random idea I had is what about an assault course or race map, that being you are either challenged to get from one place to another ( wether this be just generic shooting, agility, puzzles or something) or a race in which combines that with a time limit or something chasing after you as well. Something really a bit different

the metroid prime 1 door, of which I tried to duplicate, looks like this: 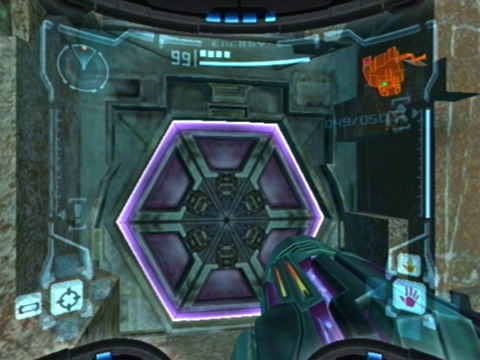 The prime 2 door, the one which I said would be off grid, is this 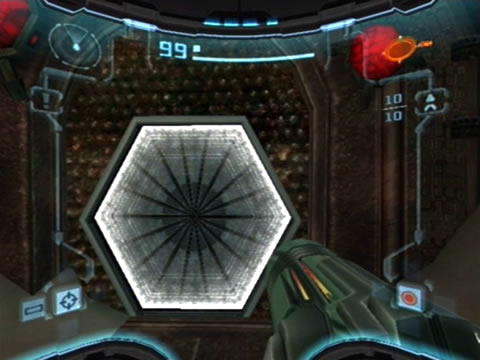 Now, that's more of an iris door and would use func_rotatings rather than func_doors, however I want as much detail as possible. I wouldn't be able to bevel the edges without being off grid. Granted, I could make it flat, but then that'd just be boring.

Instant Mix
Posted 5 years ago2015-04-16 17:09:14 UTC in Post your screenshots! WIP thread Post #325276
Well they aren't really iris doors, I've seen people do them before. These aren't func_rotatings, they're linear func_doors a la metroid prime. Metroid prime 2 had rotating doors but I wanted go for the simpler one as I know for a fact a metroid prime 2 style door would completely take a shit all over the unit grid. Please do get that map up, I really do want to play it!

Also stu did nothing wrong, he's a kind and loving potato.

Instant Mix
Posted 5 years ago2015-04-14 12:16:36 UTC in Post your screenshots! WIP thread Post #325269
It's really not that complex, there's just a shitload of bells and whistles. A trigger hurt with negative values to heal you, a cyclindrical door with green-black gradient textured along it to make it look like a light shaft, the holograms which are just also additive textures changed using an env_render, and the sounds were all made by me as a mishmash of a shitload of sounds, even a few perfect dark ones in there

There you go, made a whole level just to showcase the save station and some doors that I totally didn't steal from metroid prime. Things are an absolute bitch to make in Goldsrc anyway, had to manually adjust all the timings so the door wouldn't glitch out because it's at funny angles.

S'pretty cool, i'm proud of it. Don't know why the charging sounds cuts out near the end, hasn't done that to me before. Might add a few more bells and whistles but feel like having 5 x this many entities may cause issues with the whole entity / brush limit thing

Instant Mix
Posted 5 years ago2015-04-11 21:09:03 UTC in Post your screenshots! WIP thread Post #325249
it appears most of my mapping breakthroughs happen when i'm trying to procrastinate from doing other things, such as studying. Because fuck studying.

Anyway, here's a WIP of part of a gimmick for a HLDM map idea i've had for a couple years now and got touched on back in this screenshot from a while back

This is a basic health station that will freeze you for two seconds, and replenish your health entirely. Looks fancy and makes bells and whistles and such. The HLDM map will not have a single medkit or wall charger, and will entirely rely on these. There'll probably be 4 or 5 in the map in total.

This will be part of my dynamic map, which will be split into 4 sectors which each will get shut off for a minute or so to be "sterilised" - that is, everything inside it will be killed - but this will restrict certain paths and certains weapons ( and in this case, access to a health station ). It'll be an interesting concept, especially if it turns out well. 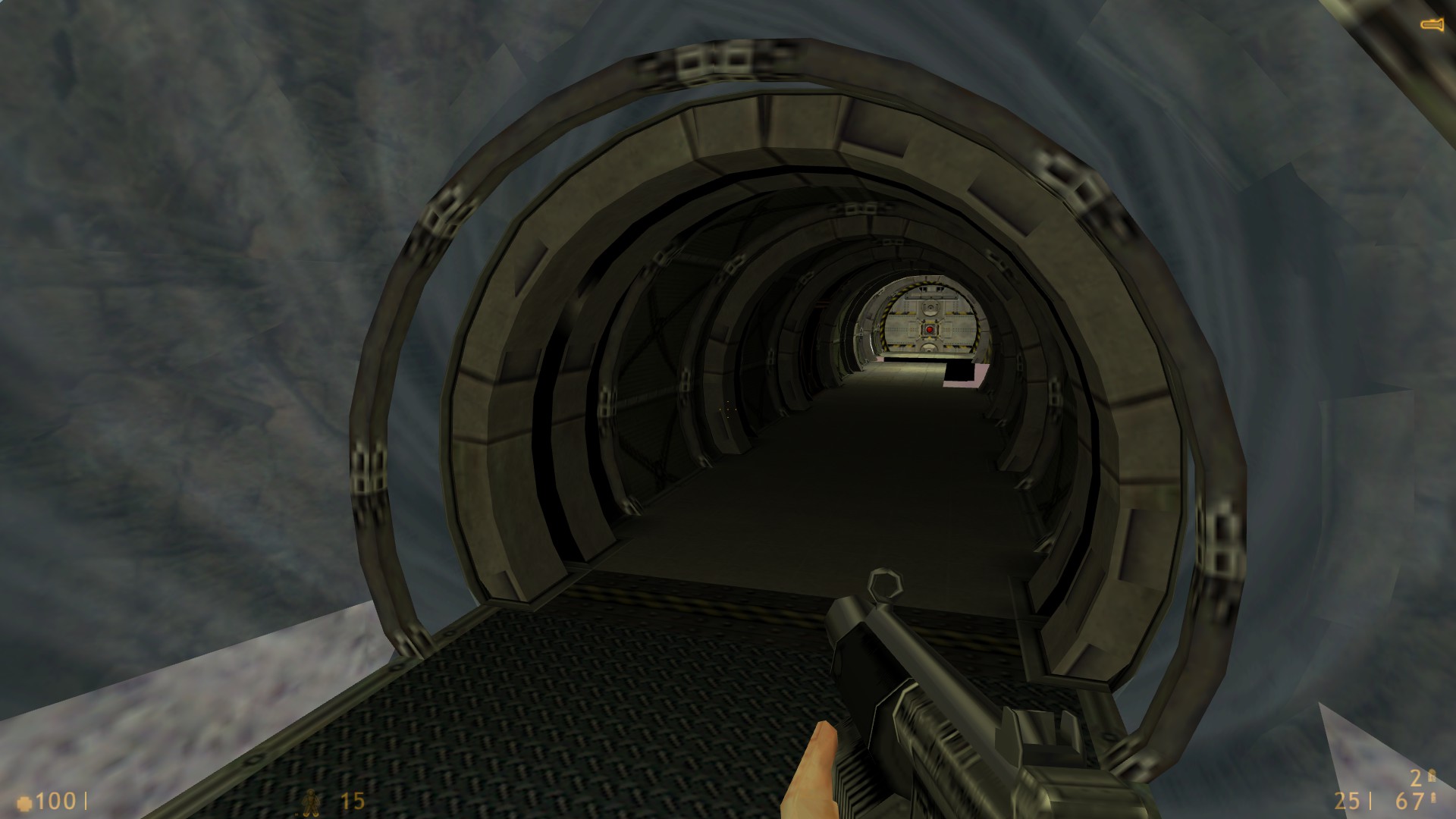 Instant Mix
Posted 5 years ago2015-03-06 15:02:00 UTC in Half-Life elements: unused sounds Post #324543
Didn't the idea from Mr. Friendly come about from one of Valve's workers' sons disgusting doodles of a giant penis with legs?
I swear I've heard that story somewhere...

Instant Mix
Posted 5 years ago2015-02-28 16:17:43 UTC in Coding/ Programming help. Post #324468
I mean you can start on C / C++ or whatever to begin with, but IMO that's an unnecessary step for a beginner.
To actually get your head round the principles of object oriented programming, i'd recommend doing java first

now this is edinburgh university's site which, if you follow the lectures and do the exercises, you should be able to be very confident in java by the end of it. The site is freely accessible by google so it's not a leak or anything like that.

or what about that secret floor from Being John Malkovich?

Very close to finishing mine up, just got some entity stuff to deal with

Instant Mix
Posted 5 years ago2015-02-20 12:17:06 UTC in Sledge (Hammer Alternative) Alpha Build Post #324262
I've had a few issues with sledge recently that I'd not noticed before which has made me resort to using hammer for geometry and then Sledge for everything else..

basically, whenever I shift-drag an object, even if texture lock is on, the texture alignment screws up completely. No idea why this happens.

Noticed as well that if I use ctrl & M to open up the transform window, I have to physically click on "ok" rather than press enter, which is quite frustrating if i'm having to rotate a bunch of objects

Also, I can't figure out how on earth to replicate Hammer's alt-click texture feature, nothing I can see on the drop down list does it on the texture application window.

Used to be a duty manager for a hotel, was really good, then desperately needed a job so I could support myself @ university.. worst decision I've made.

Not fitting at all, having such a mac-like UI, but would strongly recommend looking at Dribbble, some of the stuff people upload is incredible.

Instant Mix
Posted 5 years ago2014-11-22 18:02:06 UTC in Sledge (Hammer Alternative) Alpha Build Post #322451
Penguin, this doesn't sound like too hard of an addition, but could you add a new preset brush type which is just a "carved" cylinder will all vertices moved to the edges of it's bounding box
Like this :

I can't drive, so I have no cockpit. Sad times.

Instant Mix
Posted 5 years ago2014-08-01 10:15:42 UTC in Sledge (Hammer Alternative) Alpha Build Post #320923
Just out of curiosity, how realistically far away is source support?
You look like you've got almost all the essentials grounded ; stuff like material rendering for source I can imagine being a pain and taking forever to do.

Fringe and lost are so good, however lost just got well, lost halfway through. Still one of my favorite shows though. Fringe succeeded where lost failed.

And storage hunters.. it's just amazing.
"ONE HUNDRERETHD TWO HUDNDEDD 3 FPSOFDOJSJTDSHT"
The auctioneer has no idea how to pronounce words, it's just fantastic.