The16Mapper
Posted 1 year ago2021-05-16 03:02:47 UTC Post #345614
Newbie at mod making here! So, I've been working on a mod called "Space Dynamic Escapee". I have uploaded it on GameBanana as a WIP and I have attached a demo to get feedback, but it doesn't seem I get any, which is a common pattern for me; I never seem to get any feedback no matter what. The demo features the t0a0 (introductory tape) level, a 3-minute demo to show off gameplay features and the gameplay changes that are be in the mod. I am hoping to get some feedback on the Introductory Tape level and the Gameplay from the Uplink. I suggest also trying playing normal Half-Life maps (type map c1a0 in the console) to get the feel for the gameplay before you start with the mod; or maybe even custom maps! Just remember that any sort of feedback helps, and thanks to everyone!
Download link for Uplink + Demo 2
GameBanana submission link
In case you're wondered, here's some screenshots from the Uplink. 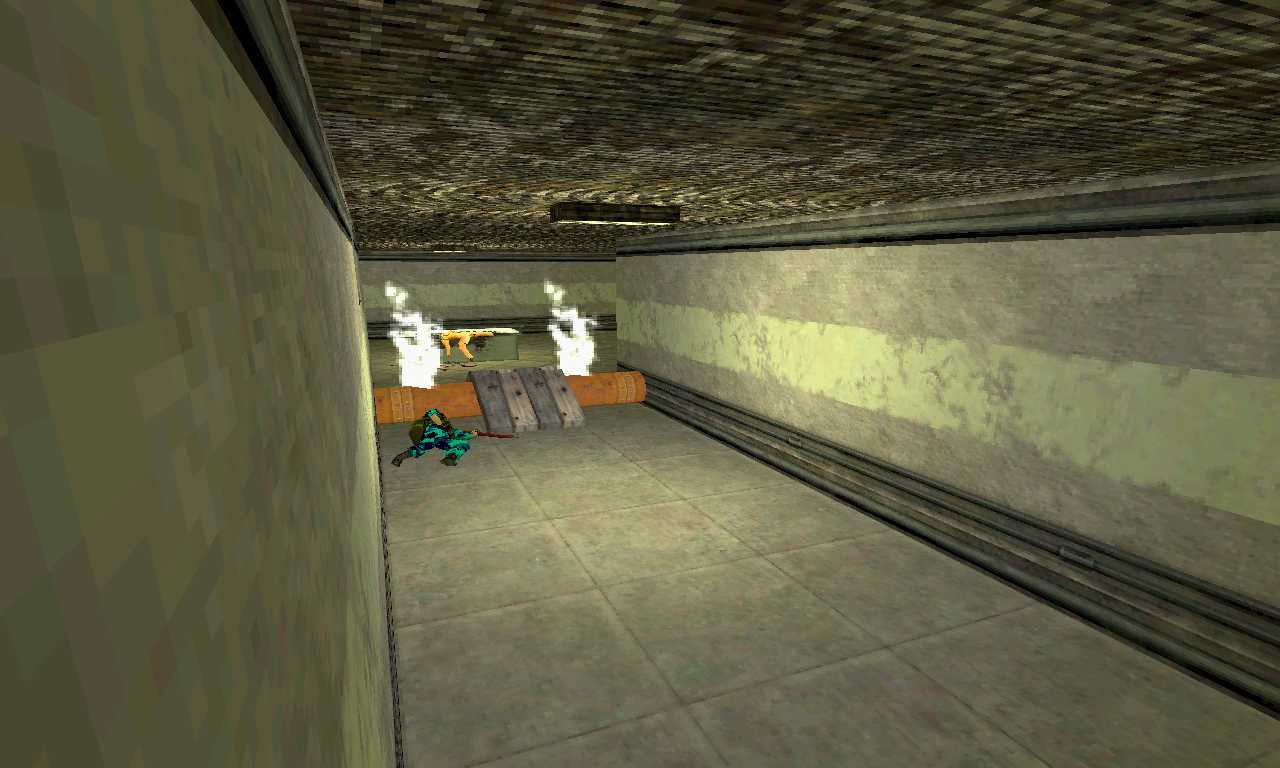 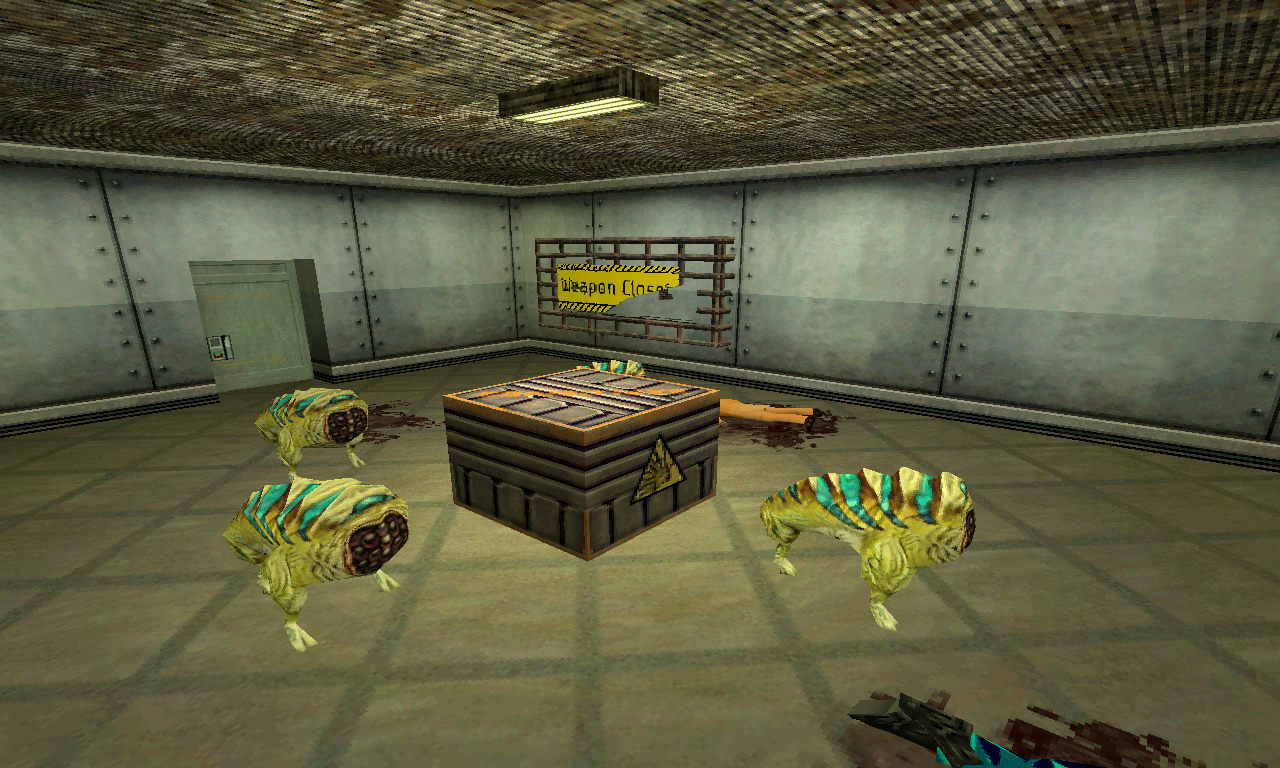 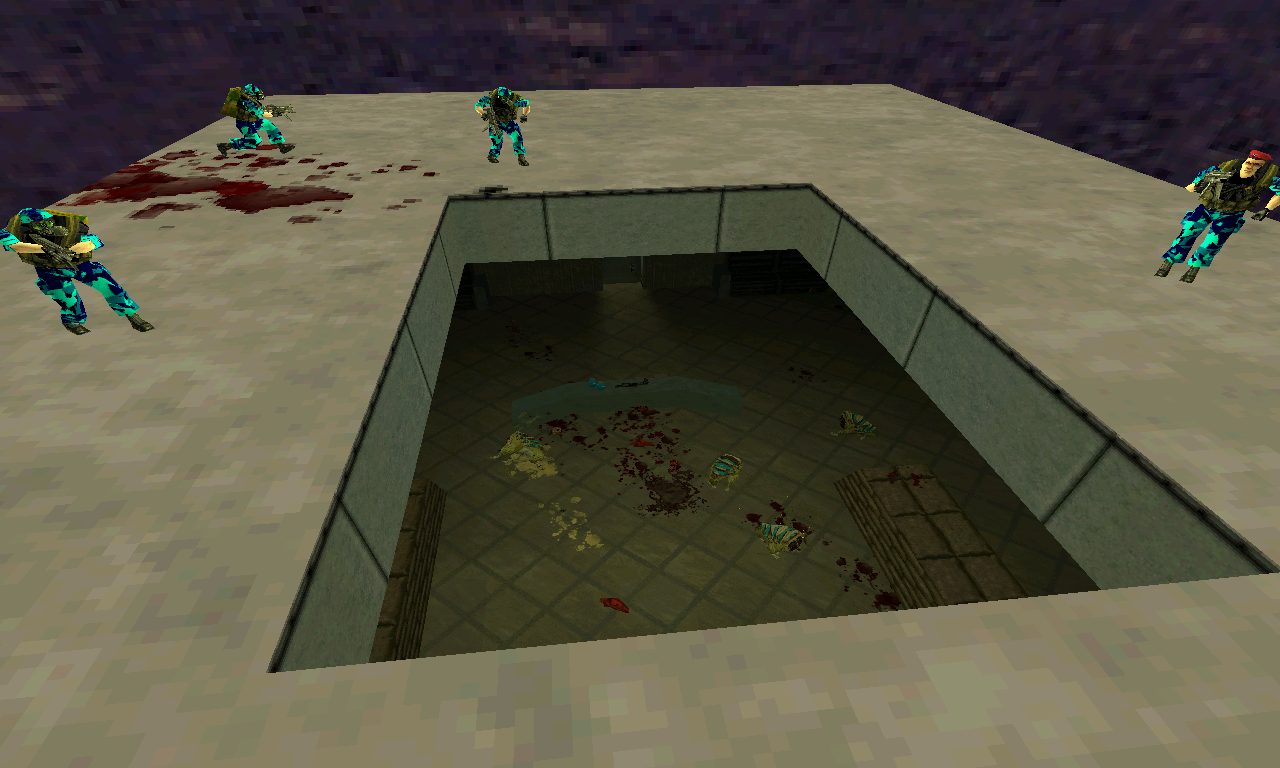 If you don't know where to start giving feedback, please rate Story Telling, Map Design, and other things, thanks again!

The16MapperI am a bot, and this action was done automatically.

spac_t0a0:
This is basically a text-only Powerpoint presentation. A slideshow can be an interesting way to provide an optional piece of lore. But here, it's essentially a slow, boring cut-scene with no skip button, with a nerve-wracking humming sound in the background and blurry text that's barely readable. The text itself is fairly long-winded.

So the background story is that there's this 'SDI' laboratory that's using prisoners like you as test subjects, and you're about to escape their facilities. How do you tell that story in an interesting way? By letting the player experience the story. Have them start out in a cell-block: that immediately tells them they're a prisoner, and gives them a goal: to escape. Make the walls look like a modern laboratory, add windows that overlook test chambers, put appropriate signs on the walls, and players can now figure out on their own that they're in a test facility. A big 'Space Dynamic Incorporated' logo in a lounge somewhere tells them the name of the place. And don't just throw enemies at the player: let some alarms go off first. Let them know that their escape has been detected and that security is on their way. Make it part of the story!

spac_uplink:
My overall impression: the architecture, texturing and lighting are very basic. Rooms are blocky, with almost no detail, and the furniture that is present is out of proportion. Most of the rooms do look like they have an actual purpose, but the lack of detail and the somewhat illogical connection between the rooms doesn't make it feel like a realistic place. The dead grunts and scientist, and the zombies and houndeyes make it feel like a standard Half-Life disaster scenario, there's no sign of a custom story.

Enemy placement suffers from a common problem in that most enemies are just passively waiting for the player to show up. It makes the first rooms feel a bit dull. The grunts on the other hand are actively invading the place, which is a good change of pace. In general I felt there were too many enemies compared to how much ammo the player had, and putting grunts on high ground so early on in a level seems unfair. Then again, they felt easier to kill and less damaging than standard HL grunts. I'm not sure whether that's a good thing: how are you going to ramp up difficulty in later levels if you already need this many grunts so early?

I kinda like the idea of having to charge into a room to grab a powerful weapon, but I don't think it worked well here: the shotgun is barely visible and the houndeyes are quickly grabbing the player's attention anyway. The same goes for the closet on the side: the ammo and armor there give you a major advantage, but that's just not visible from the outside.

Other notes: I hope this proves useful to you, and that I didn't sound too harsh!

The slow movement speed was quite annoying. Having to hold a button to run isn't such a great idea for a fast-paced shooter. I think it's interesting how you managed to implement it, but it's also easy to break when changing keyboard bindings.

Yeah, you can break it. I don't know how to fix it, but you can change the autoexec file to remove that. You also can type sv_hl_settings_on to disable the running. I prefer having to run, as it makes the gameplay feel different from Half-Life 1.

The doors are frustrating: their keycard locks often collide with the player, causing them to close again immediately, and it takes a long time before they open again.

I don't know how did that get past me, I am an idiot. I will fix this in the actual maps by adding a NULL which will function as a clip.

The tripmine doesn't get triggered by the houndeyes - that looks like a bug. However, I do like how you can use the houndeyes to blow up the mine with their sonic attack, and how a quick-thinking player can use the explosive crate to their advantage.

The tripmine is a bug. The houndeyes never trigger it for some reason. The explosive crate is placed there because I have played Half-Life 2, and decided to add that.

In the concrete alley, having a grunt launch contact grenades from a high place around a corner... I'm not sure I would classify that as 'fun'.

I accidentally made the HECU grunt a AR+GL one, not an AR+GR. My mistake.

The gap between the sandbag walls looks passable, but the player is blocked by an invisible wall. If something is impassable then it should clearly look impassable to prevent frustration.

I wanted to keep the player from being stuck. I'll add some pieces of debris next time this comes up, so that it's not frustrating.

The download contains a lot of models and sound files. Are all of these custom? If not, you may want to remove them to reduce download size.

All viewmodels are custom, the world model for the grenades, satchel charge and crowbar, scientists, HECU grunts are custom. I'll definitely reduce the download size.

The same goes for the screenshots, there's no need to include them. But if you do want to, then save them as jpg or png files to reduce filesize.

I placed them there as most mod makers do that. I'll save them all as .png next time I'll take some.
Again, thanks for the feedback! Based on your feedback, I'll rework the uplink demo when Demo 3 will appear. For now, I won't as I need to work on the first map.

The16MapperI am a bot, and this action was done automatically.
You must be logged in to post a response.