Unfortunately, due to setbacks with life in general, I wasn't able to finish my half life level for this contest. Hopefully I will in my own time since I had some cool ideas, but for the meantime, here's some screenshots: 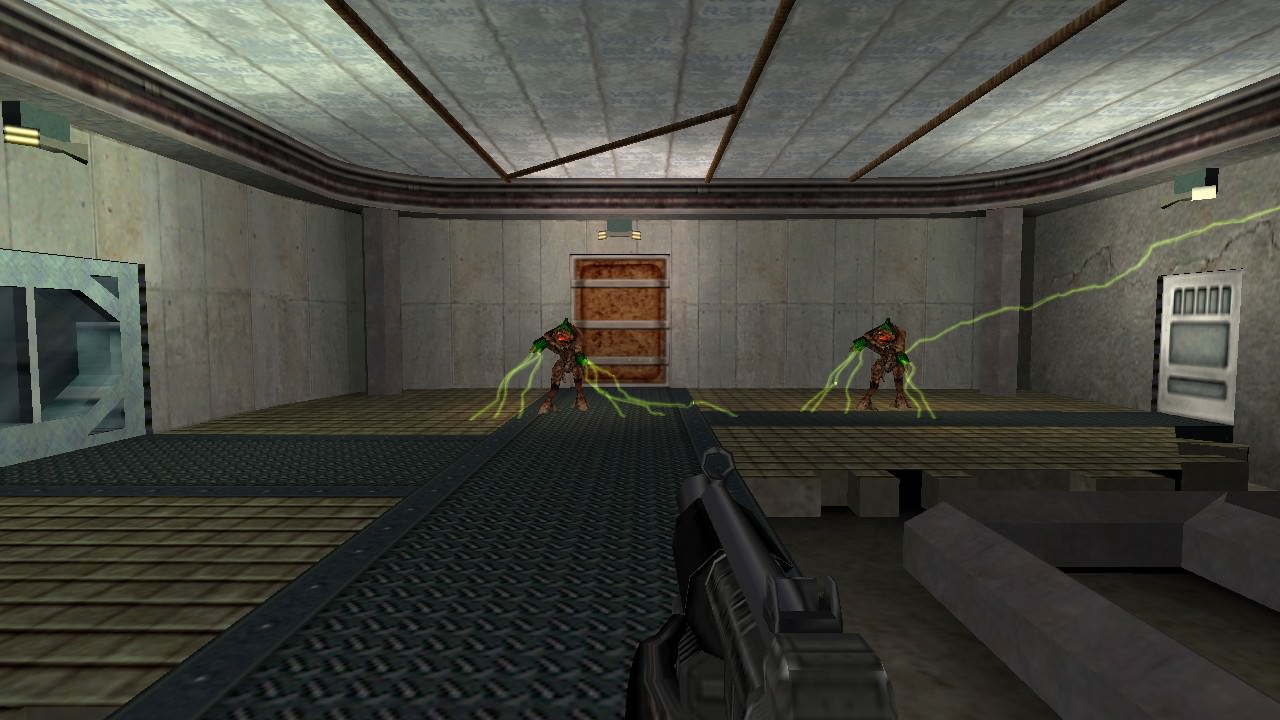 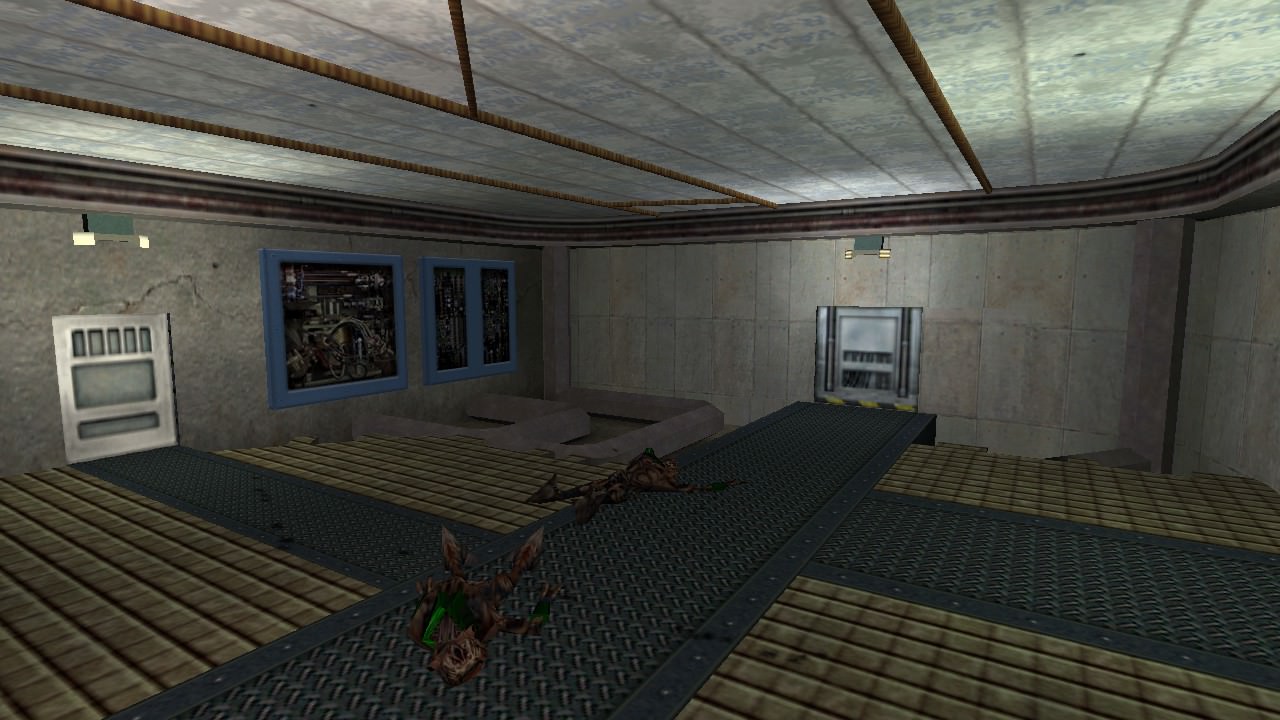 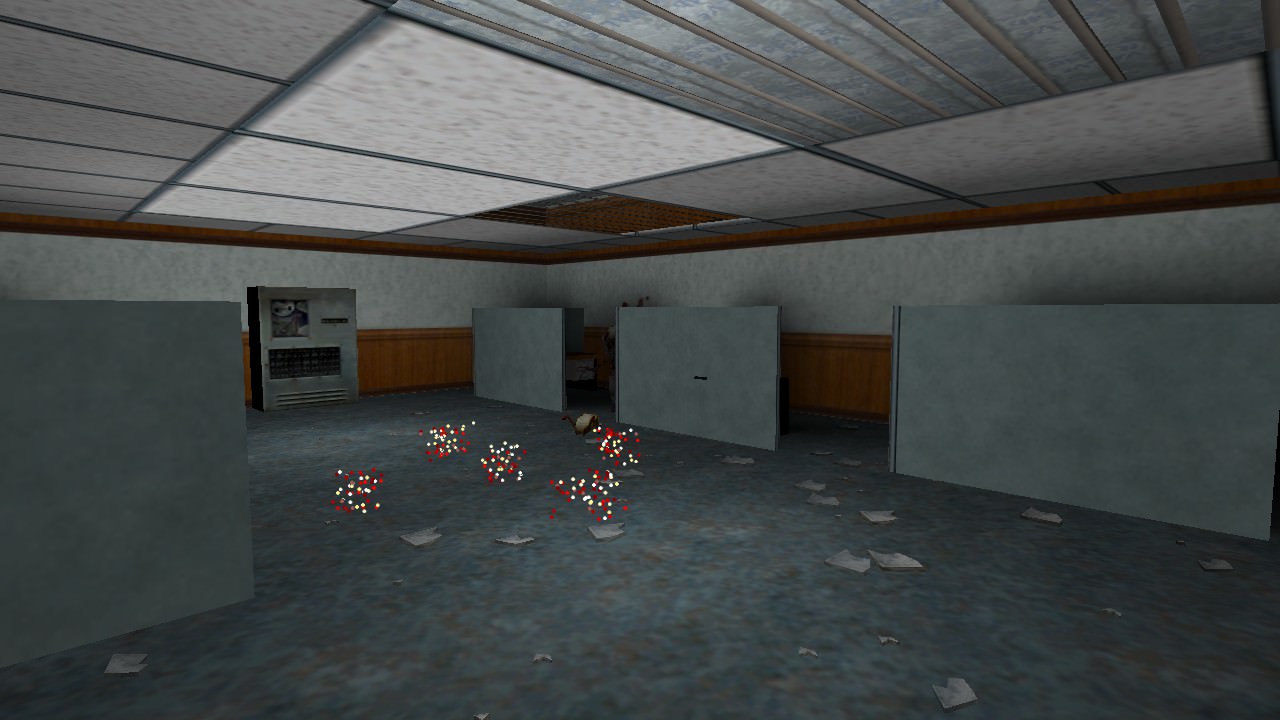 savvaisnotagirl
Posted 1 year ago2018-10-14 00:15:17 UTC in Competition 35: Vanilla Half-Life Post #341032
@Dr. Orange
Oh my god I love it!!! Especially the 6th picture, that really feels like something from Half Life! My only complaints are the ceilings in pictures 1-3, 1st one could get a pass but all pics need the top ceiling to have a different texture, like a ceiling texture and the 2nd pic could use some geometry like supports or ventilation.

I love the progress everyone is making here and I hope I can catch up since I just finished the layout and gameplay spacing of my map and now need to get into the nitty gritty detailing.

savvaisnotagirl
Posted 1 year ago2018-09-18 19:46:04 UTC in Competition 35: Vanilla Half-Life Post #340911
That is true, this is definitely a big project but it will be so worth it. It's definitely an option for a fade in / out if the geometry of every level doesn't match up but we'll have to see once every map is completed.

When the competition is finished and judged and whatnot, we should put all the maps submitted in the contest into one large Half Life mod! Of course, each level would need a solid transition of level change which would need the vmf to be modified after the competition, but I think it would be awesome that everybody's level could be played together in a mod.

Though its still quite early to judge and even plan for this concept since we don't even have the levels yet and some of the entries could have no gameplay to them, we should still attempt this later on and make it a birthday gift to Half Life's 20th anniversary!

Already thinking about it makes me 100x hyped up more than HL3...

As for my map, I haven't drawn a layout yet but I will challenge myself in one of the most impossible problems that exists in video game history: making a fun water sequence in an FPS. Of course, I'm not making a water level but I will try to make a water sequence less of a nuisance/obstacle but more of a challenge that has "platforming" to it.

The keyword to this water sequence is "Delta P".

MOTM is automated now, but in order to get MOTM the map needs to be rated at least 5 times... Unfortunately not many people are uploading or rating maps so there's not really anything to give MOTM to

So thats why my map didn't get MOTM last year, I thought it was a conspiracy

Let's make a new simple poll! Maybe as the Half Life anniversary is coming up, we can make a "What's you're favorite HL level?" as that would also help mappers in the competition understand which levels are best and give them the direction they need.

So only custom textures, but no models or any other sort? Also can we do more than one level if we wanted to, or is it limited to one .BSP file per entry?

Great job finishing it! It's a rare sight to find mods finished, let alone developed for more than 5 years!

savvaisnotagirl
Posted 1 year ago2018-08-09 07:31:37 UTC in Is it me? Or is it hard to make textures for Goldsource? Post #340458
Woaah, I didn't expect to get a lot of help from such an old community! I followed your suggestions and tips, tried out making .wads with some textures I made, and wow it's pretty easy now. I guess I over exaggerated my confusion with wally as now it seems so quick and easy. Maps look a lot better now.

Thanks to everyone who helped here! I'll take your tips to heart and save this thread in case I get stuck on something :thumbsup:

I've been fumbling around both engines, making some maps and all. There comes a time where I need to make or import a texture for a map so it works well into the map. In Source engine, its very easy as you just convert the image file into a .vtf and make a quick .vmt file and then boom! You got a texture for your map. Then quickly use VIDE to package everything together and the map should work as intended.

In Goldsource, I'm lost. The wally image editor confuses me as I'm not an expert in making wads. I make my image then drag it over in the wally image editor, then it loads for a bit (idk why), then I try my best not confusing export to save as I need to save as a .wad file, then I have to open up hammer editor and import the .wad into the texture, then who knows if the texture is even right. Once I'm finished with everything, I don't know how to even pack the whole map! I assume you just put the textures in the correct folders and then post it online, but what about people who download it through the game?

It feels such a hassle compared to the Source engine, though don't get me started with that engine. I wish there was an easier or faster process for this. I don't like individually creating wads as it causes the map to bug out but I hate going through the process just to group up all the textures, taking such a long time. It's processes like these that encourage me to use hl and cs wads instead so I don't over complicate things and cause me to drop out of the project.

savvaisnotagirl
Posted 1 year ago2018-05-07 20:57:50 UTC in cl_dll compile problem Post #339515
If you want, you can get Sven Coop for free on Steam, that in itself has an SDK. It works pretty well and you have more control and options that the original doesn't have, like the Key to door function.

Here, Im using Sledge btw but I also encountered these problems in the original Valve hammer, I never knew how to fix them so my usual solution is to just hide it with another brush

savvaisnotagirl
Posted 2 years ago2017-08-26 15:44:40 UTC in Timer in HL1? Post #337066
I wanted to trigger an animation every 30 seconds in a map but don't see a logic_timer like in Source. Am I missing something? Do I need to bypass this system using a multitude of entities?