Their policies and actions are directly hindering progress towards a better, unified planet. Their priorities lie with the bankers and big corporations, not the betterment of mankind.

If You guys end up freeing up I might move.
Then we can finally have a beer together

If You guys end up freeing up I might move.
Then we can finally have a beer together

Can I do this to? Can we all just a have a big 'Fuck off Banks and other bullshit' party? Drinking age is like 18 over there isn't it? I'm technically legal everywhere that's not America I think.

Also since no one's posting pictures here's a picture to stay on topic.

Took it with a pinhole camera that I made years ago. Things probably been recycled or something now, god it was such a piece of shit. There's a picture of the thing on page 17, and this picture I posted on page 15 with its negative. Looking back sucks, so much cringe.

Kachito
Posted 6 years ago2014-09-18 15:23:11 UTC Post #321799
@Archie:
They have been doing that for years. In the last decade or so, whenever i get a new PC/OS or after a fresh reinstall, it's becoming a habbit that the first thing i do is to install virus/firewall/malware protection and immediately after i copy-paste a blacklist with websites into the filters wherever i can, from browser to addons and plugins like adblock.
BBC and CNN are almost atop of my list.

If you want a few good laughs from the eastern mass media, i suggest to take at RT.com. They're from Russia...

We should be striving for unity, not further separation.

I wholeheartedly agree with this, and I am a firm believer that it matters not what country a certain land belongs to as long as I (or anyone) can visit any time I (they) want. Yes, I feel this way about many territories including many currently under dispute.

It does however matter to me that it matters to Archie. He exposes more than valid reasons to support the independence of Scotland. Since I can't but agree, I support it too. I can't wait to know the results.

Anyway, I read that as "US is getting nuked if Scotland gets freedom because fuck that's why" then I read the article. Post pics of your new place when you get it set up.

The living room and kitchen are still WIP, but I think I've more or less finished moving into my bedroom. Having the balcony is freaking awesome. Just being able to get out of bed and take in the morning air is glorious.

Here's sunrise from my living-room balcony:

And sunset from my bedroom balcony:

Probably the very blond hair of that (cute)girl, and the whitish light from the sun. 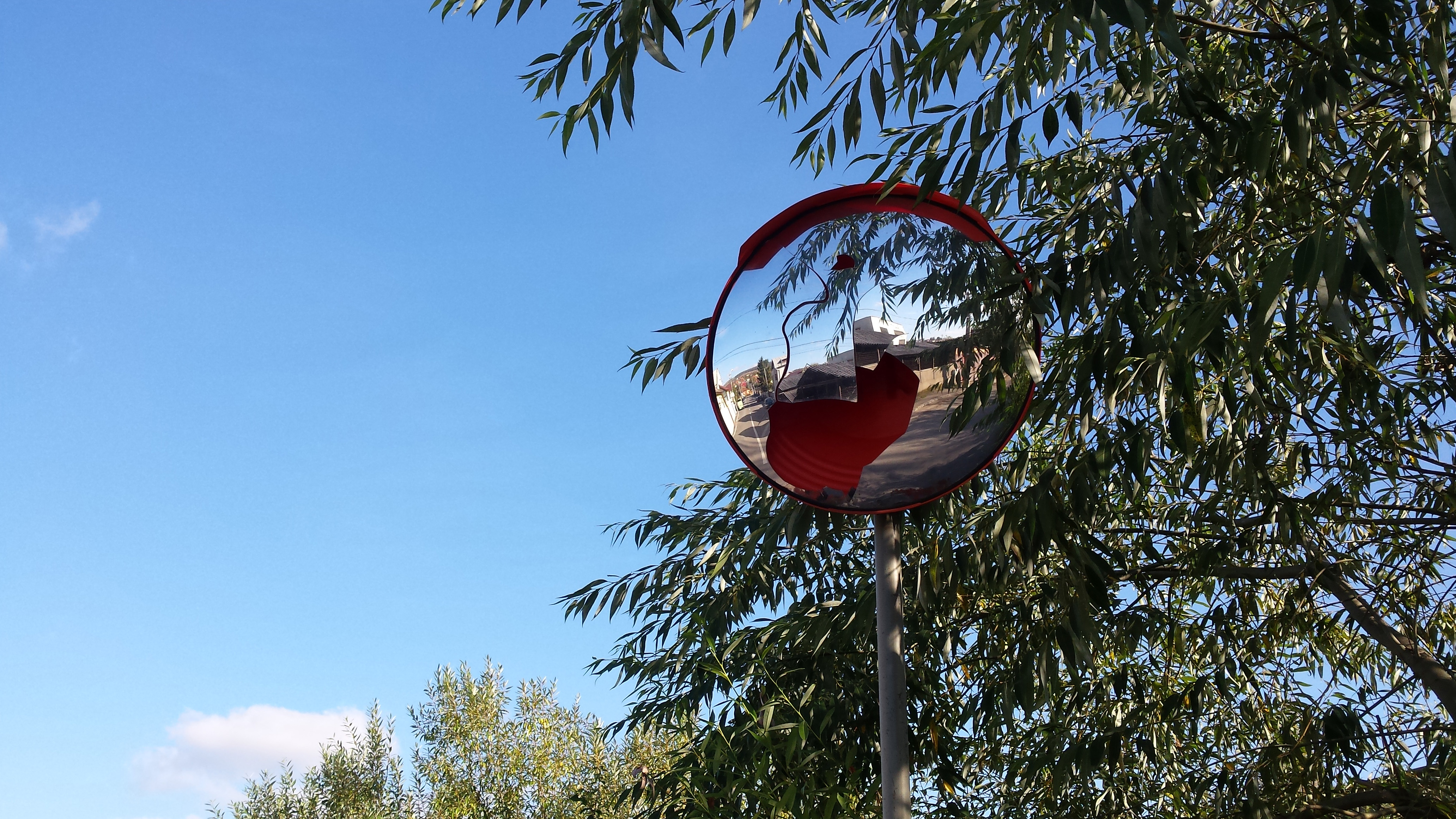 ^ took with my phone

Oh, and uh, yeah, I'd take a photo, y'know, if I had a camera you could call so much as mediocre.

Striker, it's Scotland in December. It was completely freezing!
Love that mirror shot - when I first saw the thumbnail on my phone I thought it was a perfectly frozen raindrop or something. You're getting really good results from a phone.

I saw this little lizardy fellow the other week, so I decided to take a photo of him. I liked how the lighting turned out. Also it is flipped 90 degrees to the left. I am currently on a mac so I don't know how to fix that.

Also, upon seeing this:

my immediate thought was "When did Archie ever go to Sydney?"
I am not a clever man. 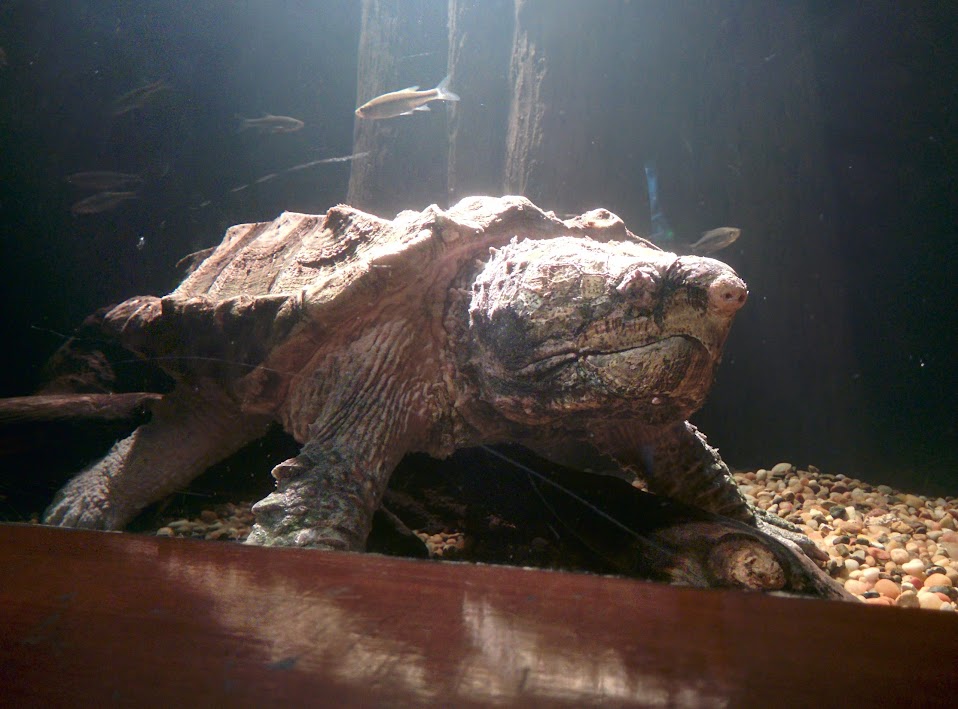 Butterfly - Chillin the Most 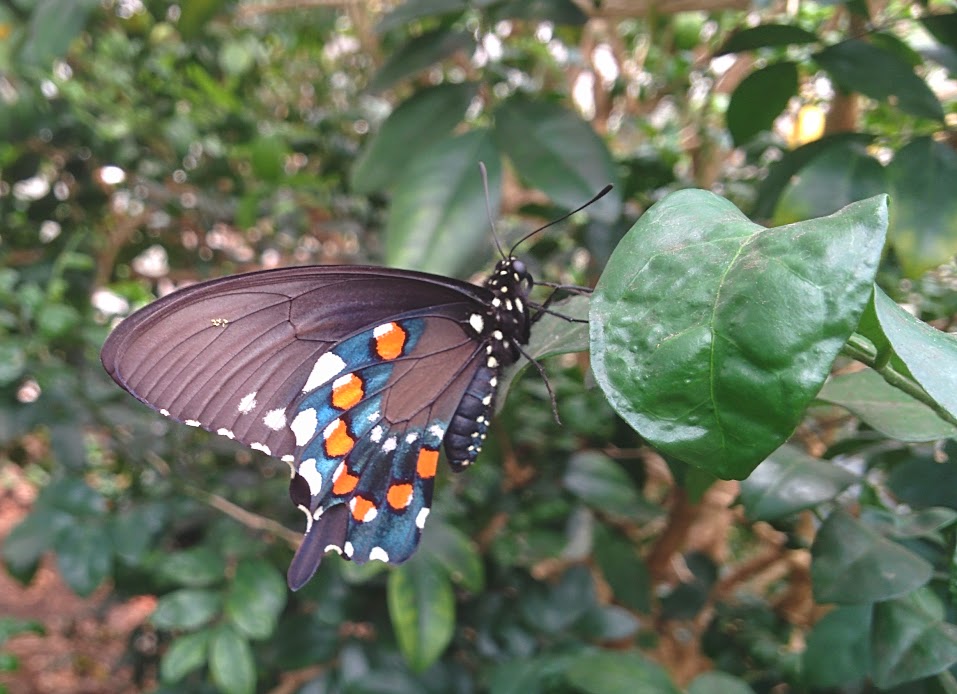 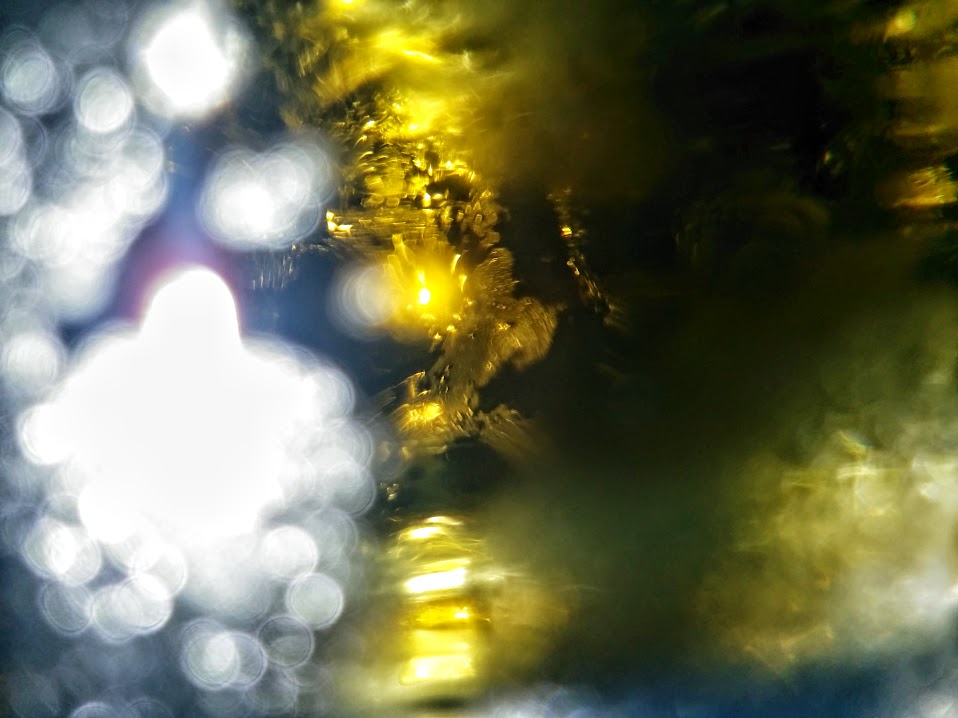 2 - Lakeside at my Father's House 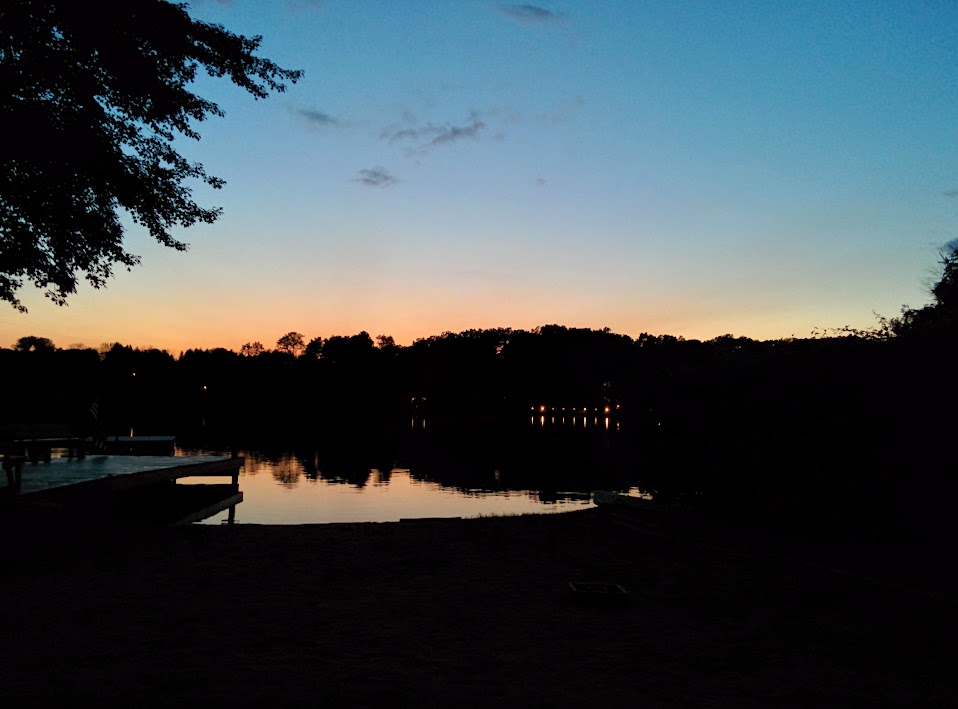 3 - Last Golf day of the season 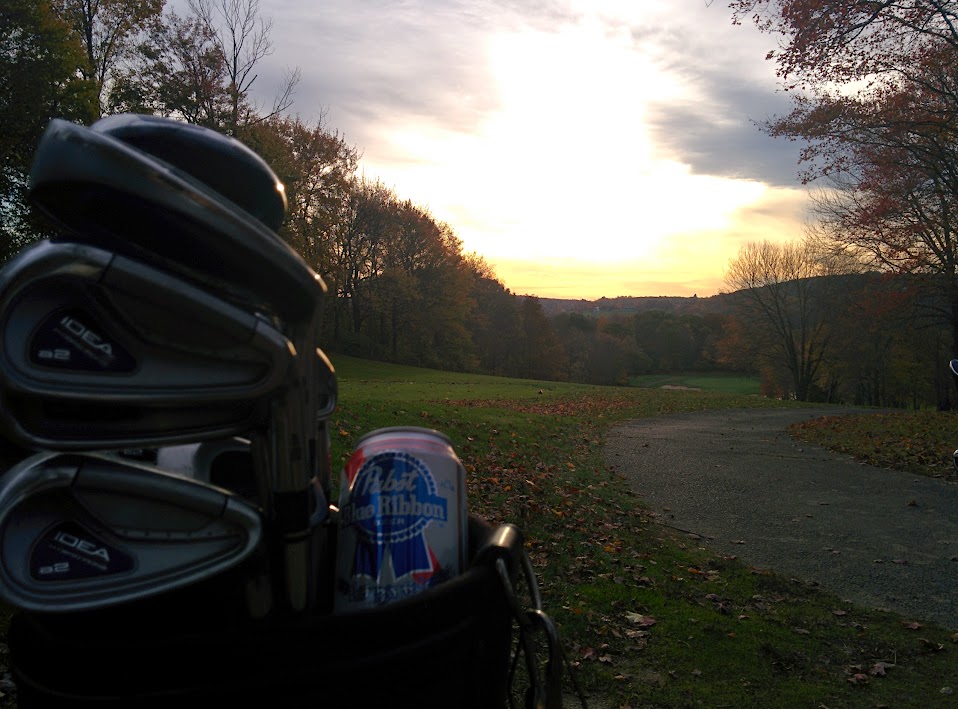 I've been doing a lot of panorama stuff lately. Really enjoy it, and photoshop makes it so easy Tonight was the first clear(ish) night since I got it, so I've been out taking photos of the moon. This could be a lot better, but I didn't have much time to set it up so the telescope didn't have automatic tracking, plus it is my first ever photo through it.

I will probably have to invest in some kind of remote shutter operator, as pressing the shutter button causes the whole thing to vibrate a little.

A remote shutter release will not cost you much

DiscoStu
Posted 6 years ago2014-12-28 02:26:28 UTC Post #323015
Definitely. Remote shutter on a 2 second delay, with mirror lockup. Even without a remote shutter, the other two should improve everything a lot. And make sure to set manual focus on infinity so that the camera doesn't change it.

Noone can refuse this. We're also expecting some good looking neighbour having a shower or something

(yeah I know, most likely she won't be in the shower with the window open at this time of the year...) Love the sunrise/sunset pics in here. I take these shots all the time out my car window to/from work, and sometimes they turn out decent.

Archie
I want to fight you for your girlfiend.

I had a GF like that once(chained in my basement), who was both very nice and very pretty; It's a rare combo

Alabastor_Twob
Posted 6 years ago2014-12-29 00:08:33 UTC Post #323020
If the sky is clear enough when it's in the right position I might see if I can take a photo of the Orion nebula, as I've finally (after having it for a year) managed to set the automatic tracking to just the right speed, which should make long exposure shots possible.

Alabastor_Twob
Posted 6 years ago2014-12-29 02:53:00 UTC Post #323021
Photographing the Orion nebula was a hell of a lot harder than I had thought it would be. First of all, it's really diffuse, so with the tiny viewfinder on the camera it's very difficult to tell if it's in focus. Second of all, it's really dim, so long exposure shots are needed. I was outside for an hour and a half trying to take a good photo but they all came out either too dim, or too streaked. I eventually decided to leave it for another time, as my fingers were so numb from the cold I could barely operate the camera.

Anyway, here's the best of what I managed to take: This one you can actually see a bit of the nebula, but the tracking mount wasn't on so the streaking you can see is from both the rotation of the earth over the exposure time, and the telescope moving from me pressing the shutter button.

Here's the sharpest image I could get: The stars are fairly well focussed, but the exposure was too short so the nebula itself is only very slightly visible, even after some extreme editing.

Also, just after I decided to go in I noticed Jupiter was visible, so I took this: Three of the moons are visible in the photo, but looking through the telescope it without the camera I could see four quite clearly. I was being lazy with that photo, I just took as many as I could in about a minute and picked the best.

Alabastor_Twob
Posted 6 years ago2014-12-31 16:45:06 UTC Post #323032
I haven't been able to try taking any more photos recently so I spent far too long today making this infographic labelling craters and stuff. We had an incredible winter fog the other day, so I grabbed my camera, my tripod and my best mate and headed to a loch to take some snaps. Really awe inspiring views, I hope the photos captured some of the magic!

Also, just whilst the topic of remote controls is prominent, it's quite neat to note that the photos with me in them were taken by using my phone as the shutter release. You can see it in my hand in every one 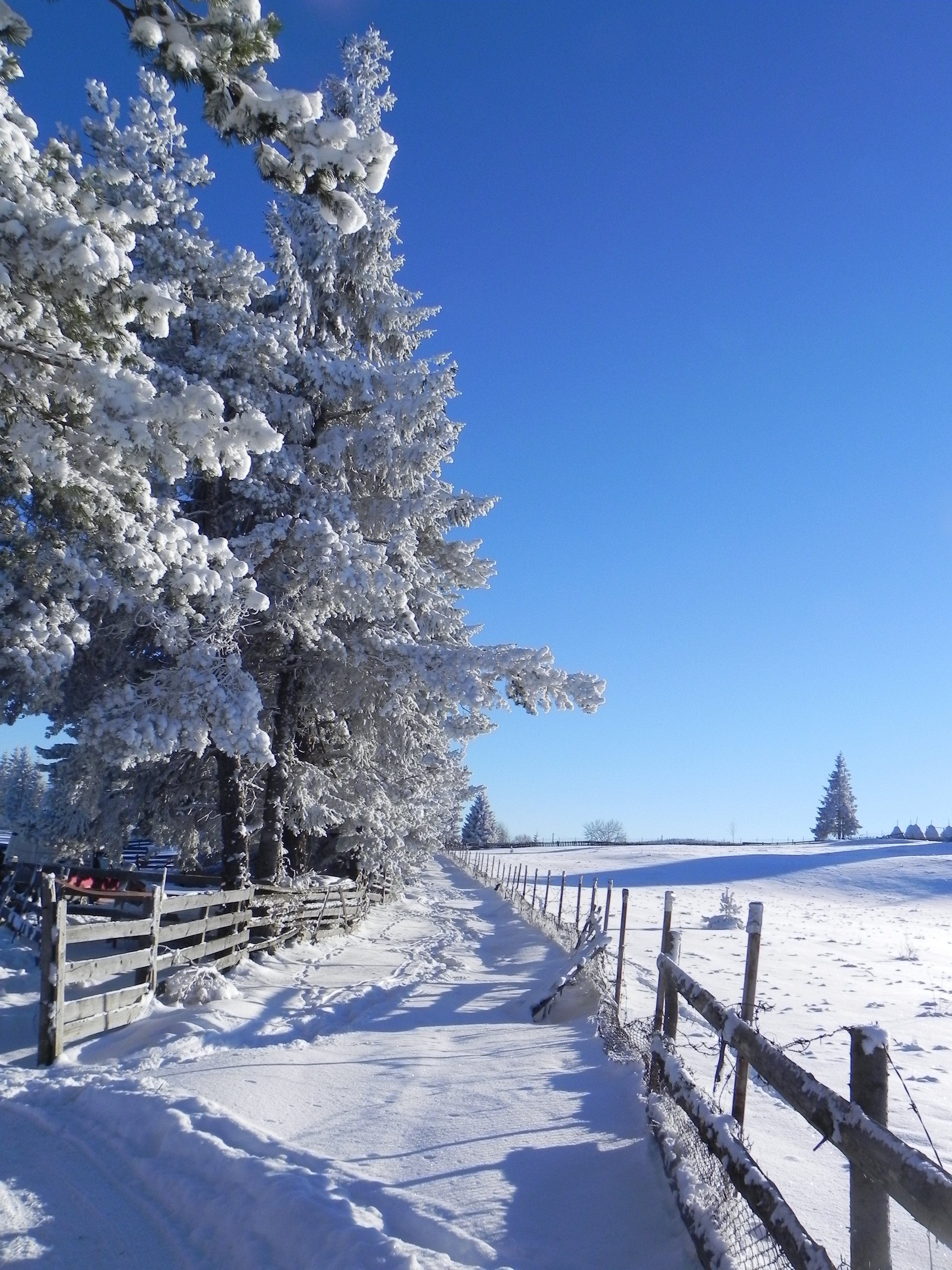 Plowing through the snow like the choo choo bastard.

Would you guys be up for monthly photography themed 'competitions'?
Maybe with a small prize, but mostly just a theme to explore and promote more shooting!

Striker
Posted 6 years ago2015-03-16 17:33:14 UTC Post #324747
When I started making photos, I believe in 2010 when I got my first camera, dedicated camera equipment was still miles away from what you could find integrated in mobile phones. But now, there are pocket cameras that arguably perform worse than a camera on an S3 phone, which is 3 years old already. Even if their performance is marginally better, their price and practicability doesn't justify buying them.
Bridge cameras, the kind that I have, unfortunately use the same shitty small sensor so they only compensate through more professional features and better lenses, better zoom.
So the only kind of camera used for what you could call "Photography" is the DSLR. Even here prices, the simplification of them and introduction of lots of "autos" has made them accessible to a large public.

Photography isn't what it used to be. 50 years ago photography was truly an art and you'd get respect for doing that. Now anyone can be a photographer. You just need some money, and a one month crash course, or even less. Heck, you only need a good phone.

The only thing that, I think, separates amateurs from professionals is experience and dedication. I no longer consider myself a photographer as I used to in high-school. I am also appalled by the fact that anyone can make a mindless photo and call it photography, and that could apply to me too when I don't know so...

Or perhaps I'm just confused about this art where nobody makes the slightest effort anymore.

Don't get me wrong, this is just some rant. I still see magnificent photos, and on this thread too. I just consider true photography an exquisite art suited for the adventurous, the enduring and the risk-takers. Qualities that not all photographers have, especially zillion wedding&events photographers(but that's business, not art...).

(this post brought to you by the Department of Redundancy Department)