Victor-933
Commented 1 year ago2018-06-28 03:49:38 UTC in journal: History Repeating Itself Comment #101315
Archie, I'm not the one shitting on the graves of millions of people murdered in Nazi death camps and the graves of millions more who died to liberate those camps by trying to compare temporary holding cells and air conditioned rec rooms against THE FUCKING HOLOCAUST.

These children are sitting in an air conditioned building with medical care, three hot meals a day, and a room full of PlayStation 4s. Many of our own citizens don't have it that good. There is zero indication that illegals will ever be put in concentration camps so drop the fucking hysterics and stop minimizing the Holocaust.

Your ridiculous histrionics are enabling a far more serious problem that you refuse to recognize as long as it's easier to sneak in illegally than go through the proper channels, there will be a thriving human trafficking industry on our southern border.

Did you know that eighty percent of women who immigrate illegally are raped at some point during the journey? How does it feel to know that the hysterical chicken little screeching that you and others like you throw everywhere undermines efforts to end child slavery and mass rape?

The border must be secured, because this modern-day slave trade must end. If you want to stay on the wrong side of history, that's fine, but get the fuck out of the way of those of us who want to save lives and end suffering. 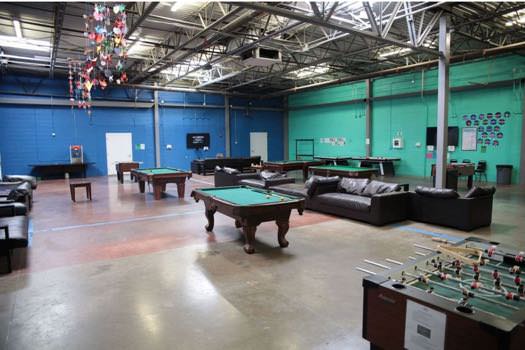 is the same as this?

Never mind the fact that the girl in Satchmo's pic was never separated from her mother...

"Porting a single player map to HLDM is OK, but this threathens originality. What did the map creator tried to do? Was this an attempt at making something different? If not, good conversion job, otherwise, I unfortunately was far from impressed by the midly interesting additions. This looks to me like a rather by the book replicate of the original without effective efforts at brining something to the concept."

uhh... that was the point. This map was for a mapping competition; the prompt was to take an existing map and do something new with the concept. Jessie took the dam battle from Surface Tension and made it into Deathmatch.

IIRC for much of human history, booze was safer to drink than water. It was a critical part of medieval life, and many monasteries also operated breweries -- most famously the Trappist monks.

But yeah, here in the States, it's just an excuse to get drunk and eat unhealthy food. Like every other American holiday, really.