Competition: Map From Another Layout It is competition season again, and due to popular demand we're bringing back another layout compo!

Your goal is to create a singleplayer or multiplayer map based on the layout at the top of the page. This competition will be based almost exclusively on looks and creativity with the layout.

It will be judged in an extremely liberal manner.

This layout is meant to represent the walkable portion of the map only. Extra stuff can be added for cosmetic purposes as long as the player cant walk on it. The map can take place indoors, outdoors, underground, or anywhere.

You may blow proportions out of scale compared to the picture if you want, but the general floor plan has to be there.

The walkable floor space of the map has to follow the layout, but not necessarily how that is accomplished. The curved section doesn't have to be a pure curve for instance, but rather an open space with obsticals that make the player take a generally curved path. On topic with the curve, diagonal hallways dont have to follow their perfect 45 degree angles if it contributes to the map in a beneficial way.

The map can look like anything, but the walk-able floor space must reflect the layout. The bumpy natural line at the top of the layout can be a beach-front into an expansive ocean, you'll just have to kill the player before he can get too far into the water and away from the layout.

The heights may also be interpreted in any way you see fit. The bridge with the two cut-out holes could be only a step up from the floor around it, or a straight hallway could be a ramp.

Gameplay is welcomed, but optional.

Just follow the general room plan, make sure the room connections line up, and you'll be fine; We're not layout nazis afterall. An amazing looking map wont get disqualified because the curvy bit wasn't a perfect curve.

You've got a little over a month to get an entry together. Go!

Finally, we have the results of the 27th TWHL competition! Big thanks to TheGrimReafer for doing the reviews time time round.

We have three Goldsource winners this time, and a lot of good quality entries, so it was hard to choose the top three! Congratulations to all the winners!

What I found really cool with this competition's entries is the sheer amount of variety in the maps. In the winners alone, we have a firey lava castle, a snowy military base, and a watery industrial type setting. Very colourful and creative!
Download 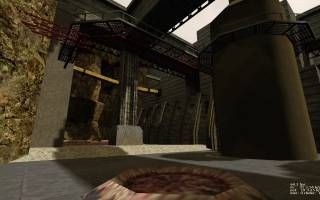 What sets this entry apart from the others is its level of what I'll call 'completeness'; There's so much to take in from so many angles. The scale alone deserves a trophy. It has some of the best VM i've ever seen on top of some interesting water usage. The lighting and ambience also contribute heavily to its industrial theme. It's clear a lot of work went into this entry. Well deserved.
Download 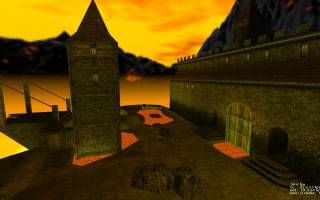 This entry was a very close second place. The castle was done incredibly well. The textures and skybox were perfectly chosen to suit the theme of the map. The texturing in combination with the lighting and ambience came together to create an awesomely clich? castle. The only thing missing was evil pipe organ music. Aside from a few texture alignment problems and some lava resistant wood, this map was extremely solid.
Download 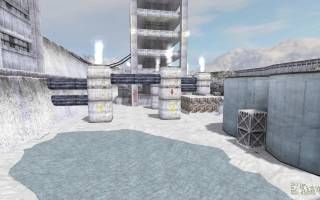 The snow in this entry was a great change of scenery from the normal. The blocky architecture, which is bad under normal circumstances, did help contribute to the 'cold' atmosphere of the scenes. There were also several subtle and small details such as icicles and "concrete to snow" fading textures that helped to immerse the player. The ambience was good, although the steam sounds indoors were a little overbearing. I know its supposed to be windy, but the moving puddle outside looks out of place. The abundant use of orange decals outside also detracted from the theme.
This entry was the only entry with story esque gameplay. The setting was enjoyable, and the trees were nice. The architecture was blocky, but the VM on the cliffs and caves were good. There could've been better player direction (I didn't expect 5 grenades to be in a huge box). The sentry guns were annoying and unavoidable with the doors, and the AI was often stuck behind something (lack of info_nodes). Lastly there were a few missing/HOM faces and entity setup malfunctions. The only thing preventing this entry from placing was a lack of atmosphere and 'character'. There was very little ambience. The architecture was very nice and detailed; bare walls were very rare. The ceiling work was superb and the lighting was good. Of all entries it was the most true to the layout. On the gameplay side of things the lack of cover and widely open rooms made people almost 'too' easy to find. This entry had a great use of quake textures. The lighting with the red skybox created a great color palette for the map. The ambience was also good. Some rooms were detailed rather well, while the others remained a bit bland. The hiding place under the stairs was also rather anti-climactic. You could at least put a good weapon down there

The buildings looked appealing although many of the walls were rather plain. The 'reasoning' for clipping the player off should really be better than an invincible and all encompassing rope. That in combination with a lack of landmarks made the layout of the map particularly hard to navigate. The views behind the ropes didn't help on a gameplay perspective (although they were nice). "Ill just go through that hallway! Wait, there's an unflinching invinci-rope there." Once again I hand out the weirdest entry award, but this time to IMUS. The best way to describe this map is.. Claustrophobic. It had a cool feel to it, I wont deny, but the theme wasn't unified. Ankle high in water I could look around to find electrical equipment, bathtubs, alien/spider web thingies, and even minecart tracks (Only they were on the wall). The lighting was good, although the over-usage of glow sprites made the scenes look washed out. The floaty lamps were rather cool, though. The lighting in this entry was pretty interesting with all the overcast shadows. Beyond the lighting this entry was plagued with jagged VM and texture mis-alignments. It was probably a conscious decision, but I didn't like that the map was sky boxed, and that you could essentially walk on top of the entire map. From the top of the map you could even jump to see a hole revealing the inside of a VM structure. Overall I found myself disappointed in expecting the colorful mapping style displayed in the map vault.