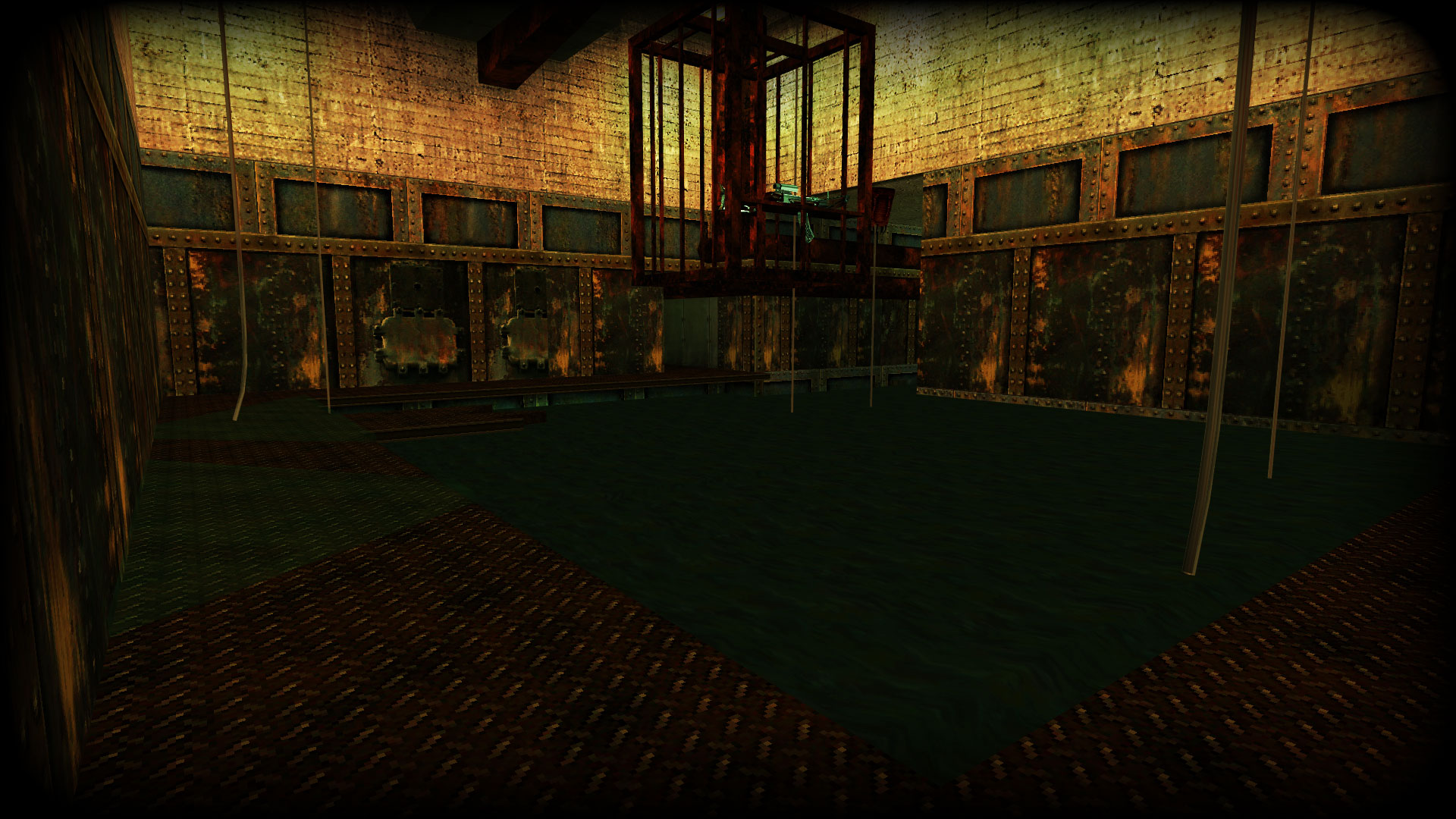 Summer is upon us and the heat is rising (for the normals who live in the northern hemisphere at least…). What better time to dive into the pool? Or maybe a lake or river? How about a sewer? ...Maybe... Water. The theme I'm getting at here is water.

The theme of this mini competition is water. Crystal clear, life giving water. Or maybe murky, poopy water of doom. If it's wet, it works. You must make a map where water plays a significant part. Perhaps you drop the player into a partially flooded facility? Maybe they need to fill an area with water themselves in order to solve a puzzle? Maybe they need to drain a toxic swamp in order to reach their goal? It's up to you. 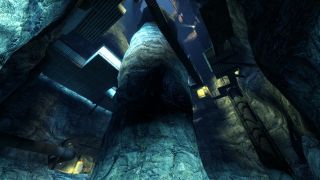 +2
Dr. Orange has been showing his knack for singleplayer gameplay for some time now, with his entry for TWHL Tower, TWHL Pockets (which admittedly only I got to play… sorry) and his previous competition entry which won second place next to Dimbeak’s entry. This time however, the medically qualified, tangy citrus one clinched it. While the votes were much closer, Dr. Orange absolutely nailed what the brief called for. A map where water was prominent and even played a significant role in the gameplay. The player is tasked with flooding a cave system with water in order to reach the surface. As the water starts to rise, the player must backtrack to previous areas, which are now flooded. A very clever idea and one that effectively invokes the tension that was missing from Dimbeak’s entry, with the player’s oxygen supply ticking down to zero before finally breaking the surface. Overall, I really enjoyed this one and it was my personal favourite of the entries.
Download 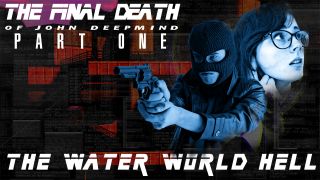 Following on from his previous competition entry, Teleporter Holocaust, Dimbeak is definitely building his own Deepmind universe. This entry comes with a thirty one page story with a few continuity errors and a four minute video to set the scene. However, as a big fan of “show, don’t tell,” these are a bit of an issue for me. I would have appreciated it far more if this narrative could have been woven into the mod itself. I assume the whole thing is a parody of the overly wordy sections of Hideo Kojima’s work, but overall it falls a little flat. What’s worse is that the actual map suffers, as it feels rushed and incomplete, with one section requiring a noclip to progress. There is also a section featuring MP3s used for voice lines, which I totally missed as my MP3 volume was very low. The initial section of the mod requires a lot of underwater navigation, but with the player not needing to catch their breath, it loses a lot of potential tension. The only real threat in this section are the mines, which could have further impacted the player as they scrambled for air as their health pool dwindles. The second half involves a handful of gruntfights and eventually downing a chopper, with the water theme falling away completely. A worthy second place, but ultimately let down by a lack of focus.
Download 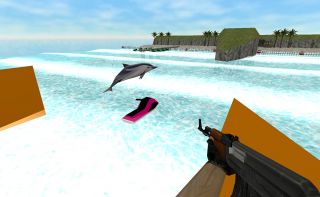 Zeeba-G has a knack for creating fantastic looking environments. So much so that I wish we would see more singleplayer maps for Half-Life in their map library. But that’s not why we’re here. fy_splash is a fightyard map set on a sunbaked beach with jet-skis! The use of GoldSRC entities to create the setting is indeed clever and pretty much what is to be expected from Zeeba-G. However, the func_vehicle jet-skis are a little janky, sometimes hilariously so. I managed to get one stuck in the sky. In terms of the water factoring into gameplay, the only real involvement is that the jet-skis float on it and players can swim in it. There’s not a lot more that can be said. Third place based on the votes.