A Pool Game Prototype I've Made

Truck Stop Santa Claus
I've thrown together a rough prototype in Unity, the texters on the balls didn't come out quite how I would have liked them to but have a look

The game uses WASD to punt the ball, you can use two of the keys together to make a 45 degree shoot but that's as close as you can get to pulling off trick shots right now 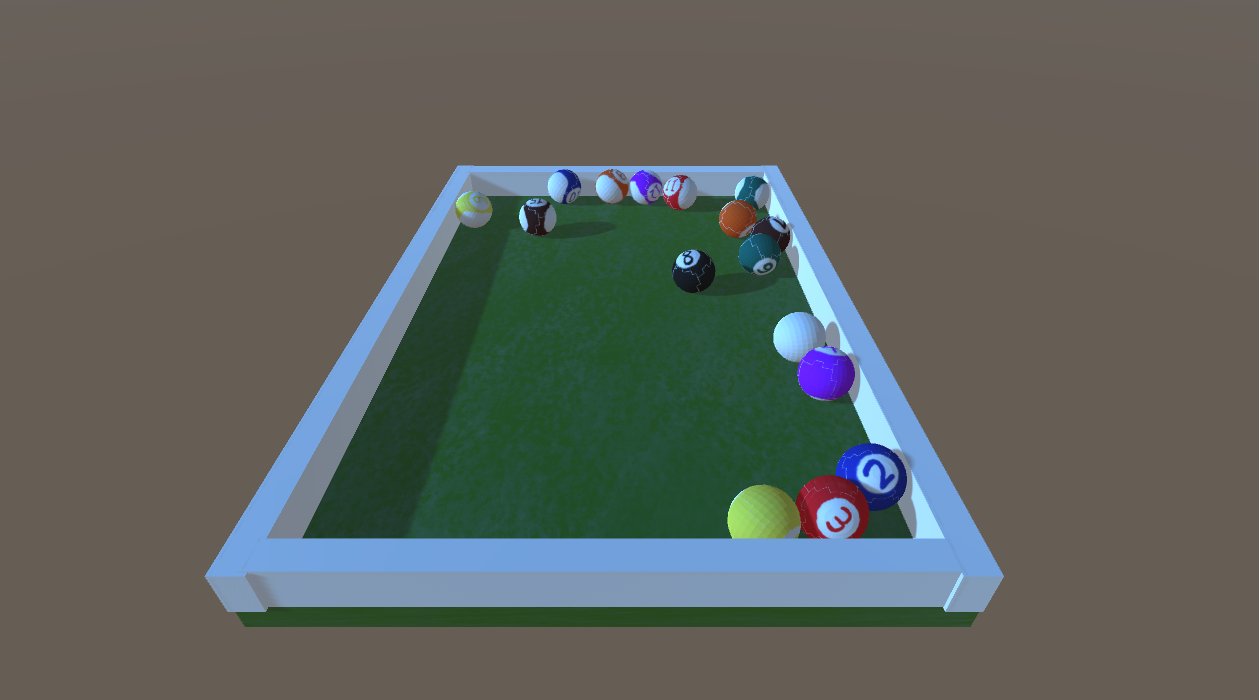 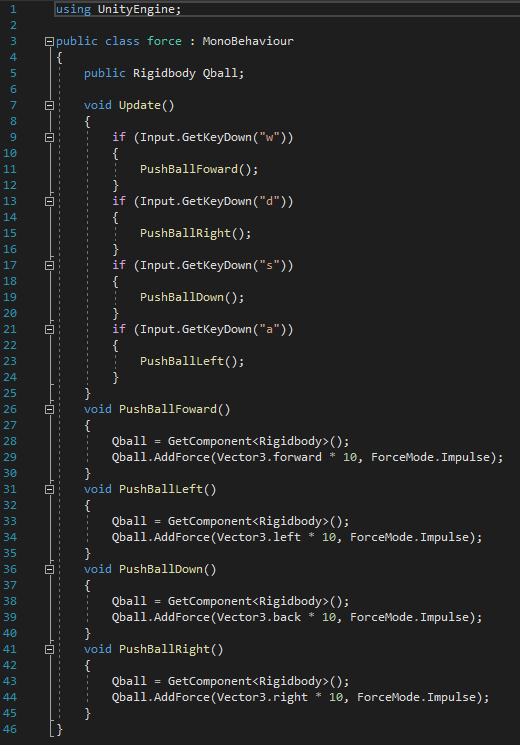 UPDATE!
Made a brand new Table made with Blender, with holes! exciting I know.

Wow pockets
But wait there's more!
I also made new C# scripts, here's a look at one of them (all the scripts for the holes are basically the same)

Another Update!
Updated the code to have sprites of the balls that fell into the holes float up. had to update the code for each one of the holes

here's just a snippet of it, It's a whole lot of the same thing over and over again, and it's too big to fit into a screencap. 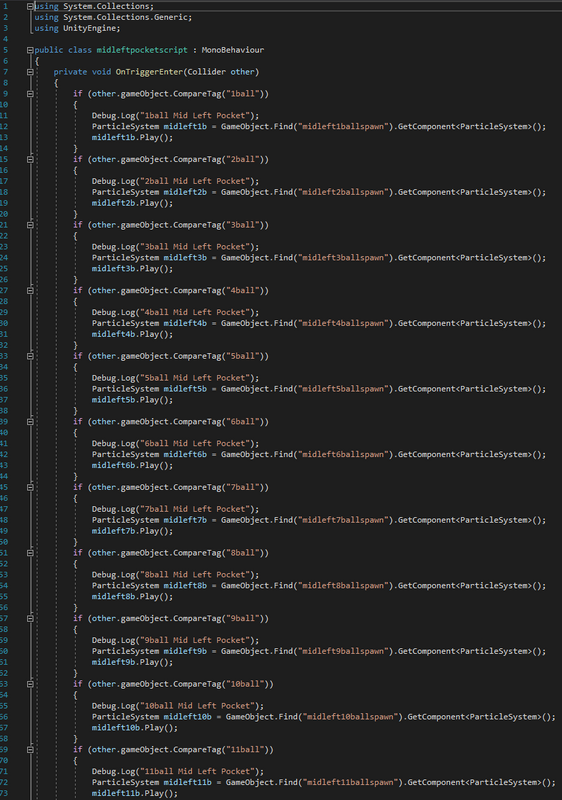