brannanz
Posted 1 month ago2022-10-25 08:28:31 UTC Post #346993
I've got QuakeWorld compiling in MSVC++ 6.0 and I had an idea. What if you tried to mirror some of the capabilities of goldsrc in quakeworld/winquake? So I wanted to know if anybody knows if goldsrc/half-life was based off of winquake or quakeworld.

In the alpha 0.52 of half-life, you can see "engine.exe" and "enginegl.exe" which is similar to quakeworld, which compiles "qwcl.exe" and "glqwcl.exe", BUT, quakeworld doesn't support the "map" command, AND you can load the alpha maps in winquake. But, the Half-Life SDK contains client and server dlls, sort of similar to quakeworld. So I think it's probably a mix of both?

I'm pretty sure xash is made off of the 2003 leak engine?

EDIT: https://github.com/brannanz/freesrc
Here's the repo for my QW project thingy. Requires MSVC++ 6.0 if you really want to compile. Very messy!

I'm pretty sure xash is made off of the 2003 leak engine?

Xash started off as a fork of one of those Quake engine forks, and it used 2003 leak code at some point for a couple of smaller things. I don't remember what, but either way, that got removed from Xash-FWGS and replaced with clean code.

GoldSRC has code from all kinds of places. IIRC it's mostly WinQuake/GLQuake with some QuakeWorld for networking and view bobbing and a teeny tiny bit of Quake 2 for some other things.

brannanz
Posted 1 month ago2022-10-25 13:37:52 UTC Post #347001
I feel like Valve borrowed the Quake 2 renderer for GoldSrc, as WinQuake seperates both the OGL renderer and software into seperate execs, but Quake 2 can change rendering modes on the fly.

DOS Quake came first, I believe. Then WinQuake, and GLQuake.

WinQuake/GLQuake are surprisingly similar to GoldSrc when you look behind the scenes.

Admer456
Posted 1 month ago2022-10-25 13:39:10 UTC Post #347002
GoldSRC also separates the hardware renderer and software renderer. hw.dll and sw.dll are actually entire builds of the engine but with different renderers.

GoldSRC also separates the hardware renderer and software renderer. hw.dll and sw.dll are actually entire builds of the engine but with different renderers.

I also find it intresting how half life compiles it's gameplay logic to DLLs instead of into the executable like Quake does (Although, I think the QuakeC code might actually be similar...). It's also a feat in itself that valve renamed all the C code to C++ and got it compiling, somehow. Albeit with a lot of changes though.

In Quake, gameplay logic is in QuakeC, but the client code is inside the engine. The client DLL in HL SDK is practically just engine code moved into a separate DLL. I don't think Valve renamed all the .c files into .cpp? No way to check that really, so I dunno. 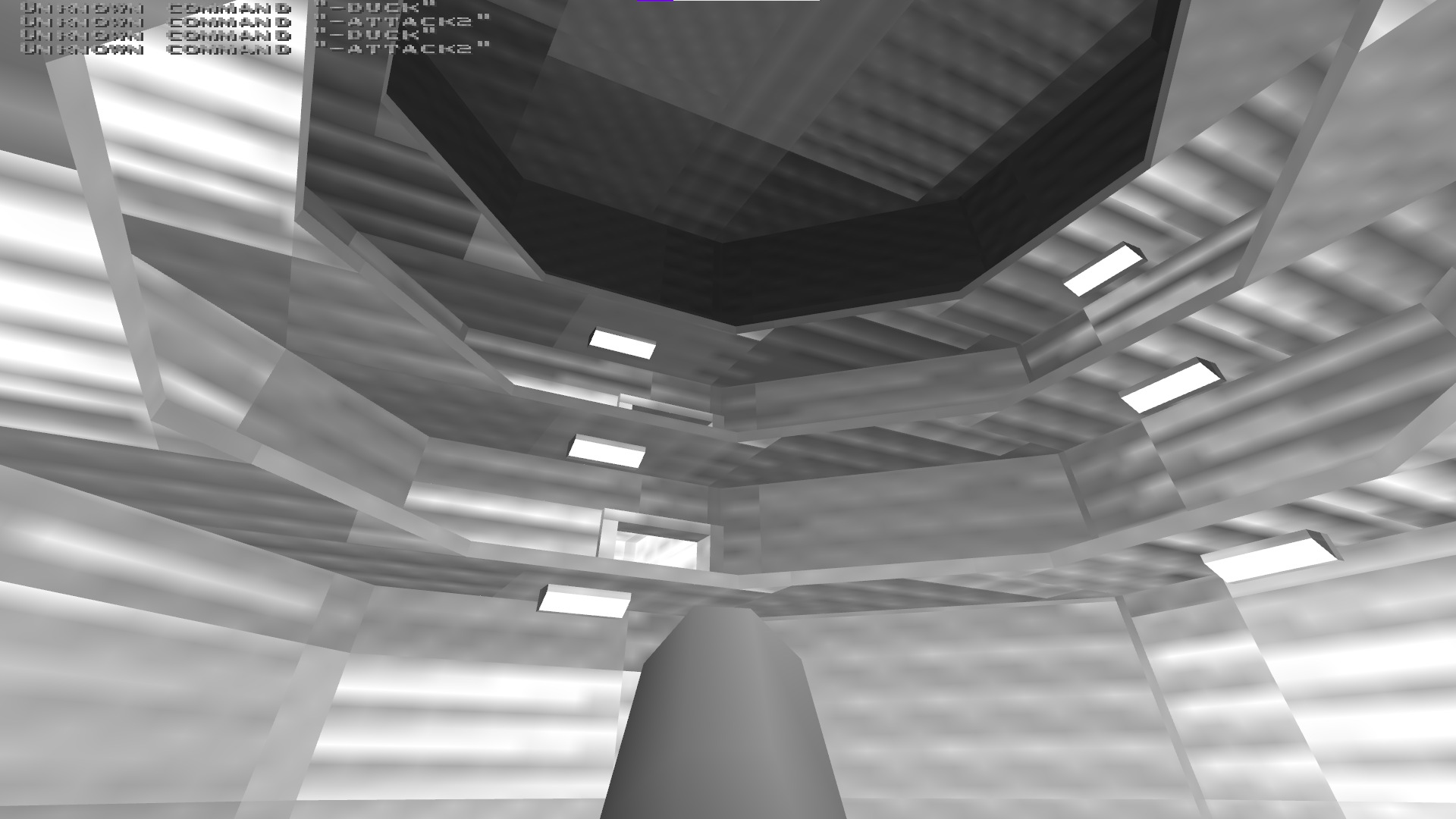 Here's a half-life alpha map loading in GLQuake, I guess they must have not changed much of the BSP file format in 97.

Don't know why the lightmaps are broken though.

Penguinboy
Posted 1 month ago2022-10-27 12:42:11 UTC Post #347012
The only difference between the HL and Quake BSP formats is that HL has RGB lighting and Quake only has monochrome lighting. That's why the lightmaps are wrong.

EDIT:
Make a custom map format and compiler for it.