The carve tool is a feature in hammer that allows a mapper to 'cut' a hole through map geometry with the guide of another piece of geometry. If this doesn't make sense, you should be able to figure it out once we get into the instruction of this tutorial.

If this is the first time that you've ever heard of 'carving' in Hammer, there is something very important you must realise before you even read this tutorial.
Carving is considered the #1 mapper sin in the Half-Life (Goldsource or Source) community. Sometimes it's handy just to get something out of the way, but don't ever let carving become a recurring habit.
The largest reason you shouldn't use the carve tool is because it's very easy to be misused. It also often produces messy results in comparison to what you could create by manually brushing a shape out. Later on when you'll want to refine your map, these unworkable shapes will cause you problems. In the end, you'll save yourself a lot of trouble by brushing out your shapes by hand.

The largest reason this tutorial is even being written is because: If you're going to carve, you might as well do it correctly.

All that said, it's time to carve! =D

Starting off, we'll perform a simple example of carving.

Open up hammer and create a box. 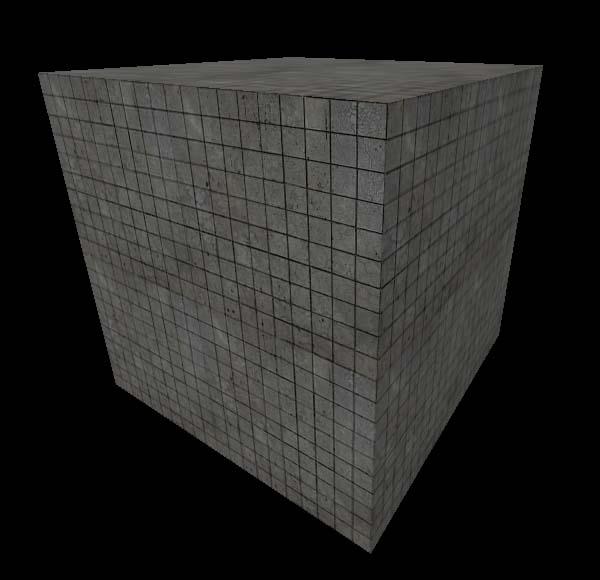 Next to this box create another smaller box and stretch it through your larger box. (It's a rectangular prism now.) 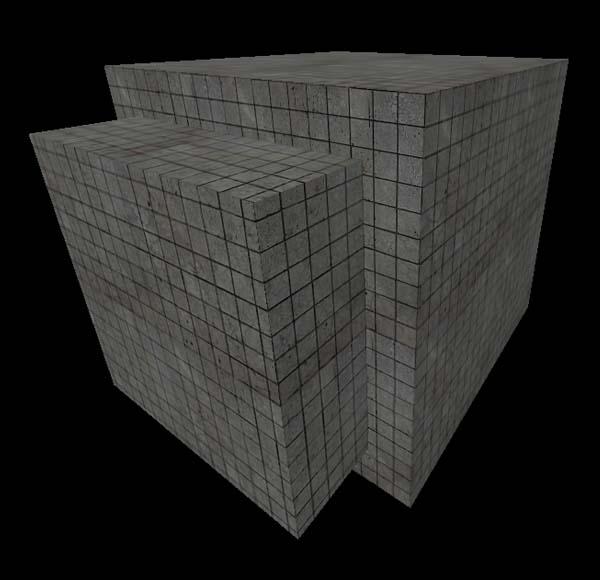 Yaay another box!!
Now select your prism, right click it in a 2D view (it doesn't matter which), and then select Carve. Now delete the prism. 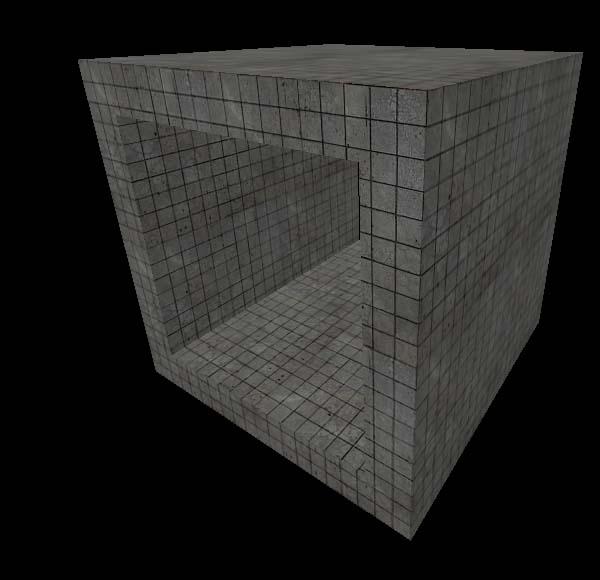 Where'd the box go?
By now you might have noticed what carving is exactly.

This is the style of carving that we approached earlier. Carving with purely boxes is the only form of carving guaranteed to not mess up. It works but it is still somewhat inefficient.

You can make a box shaped hole much quicker than carving by our alternate shift+drag approach. (Ctrl+L and Ctrl+I to mirror objects also speed this up considerably.)

Make a prism like earlier. (The size does not matter.) 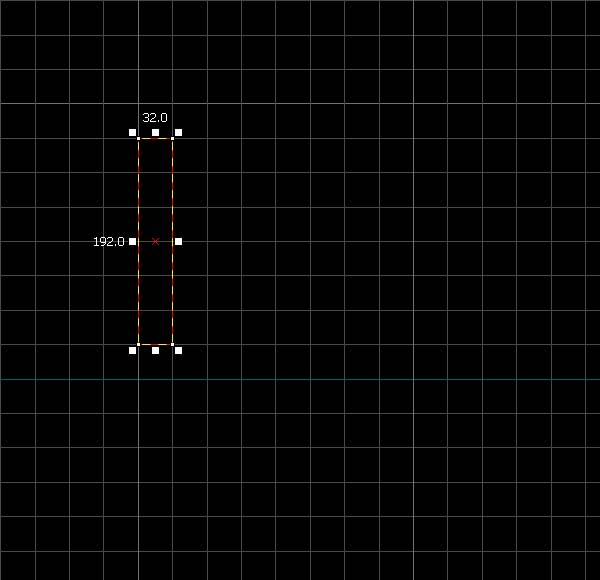 Select your prism now. While holding shift, click and drag your prism to another location, let go of your click, and then let go of shift. You will now see an exact duplicate of the object(s) that you had selected. This shortcut is useful in several situations beyond avoiding carving. (If you let your finger off of shift before letting off of your drag-click, it will just move your object(s) rather than copy it.) 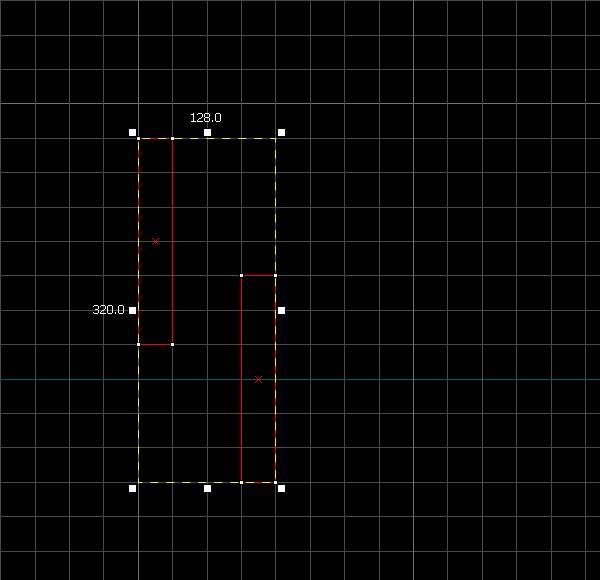 Boxy has an identical brother
Rotate the duplicate brush 90 degrees and fit it into position. 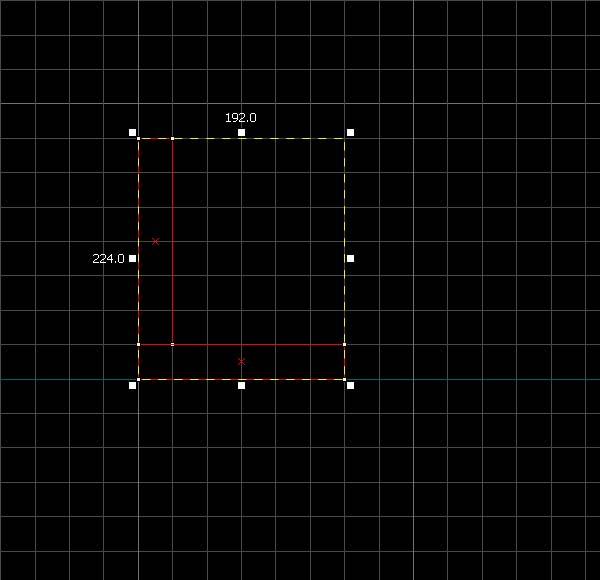 Half a frame?
Now, do this two more times to finish off our square hole. If it seems to take time now, it does get much easier as you do it more often. (If you want to be handy, duplicate both brushes of your half-completed hole, rotate them together, and finish your hole in one straight shot.)

Hmm... looks curiously like earlier
Alternatively, carving with boxes can also be used to make slits in the side of things. 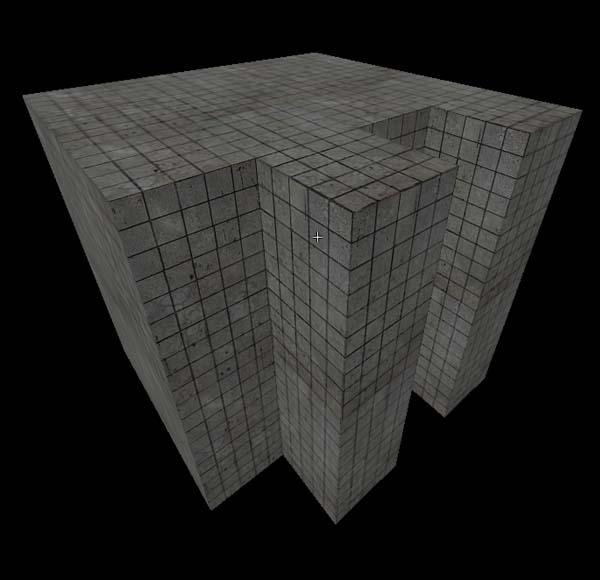 Cylinder-on-box carving is generally frowned upon. When you carve like this, the resulting shape is extremely likely to have off-grid vertices on it that will disable you from editing the shape any further. Cant quite reach them, bah.
Those are off-grid vertices. The grid cannot go small enough to accommodate them (below the 1 grid unit), so we are powerless as to where they are positioned.

If you decide to re-locate one to a grid location, little hair-line gaps appear in your cylinder. 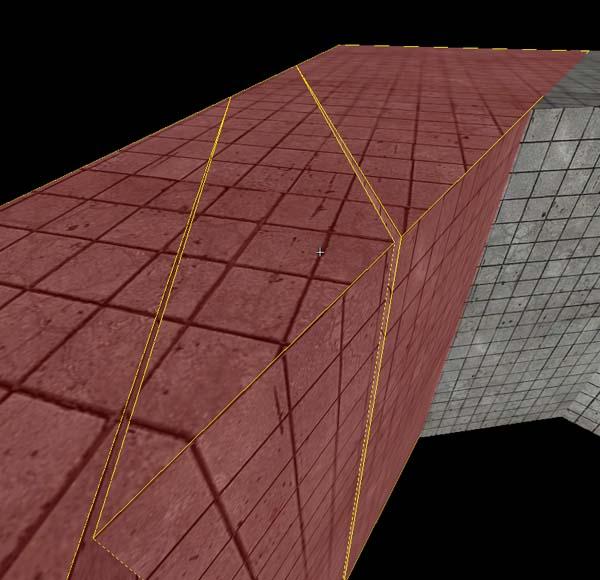 Unnaturally crisp looking cracks, :/
If this happens on accident, just undo it with Ctrl+Z.

With the introduction of cylinders comes the importance of the carving rule from earlier that states, "When you carve, you need to carve only through what's necessary."

If you cut a cylinder through an entire box with out being prepared, your resulting box is now very annoying and troublesome to work with. With it's off-grid vertices, you can no longer manipulate it's edges to fit into a needed position. 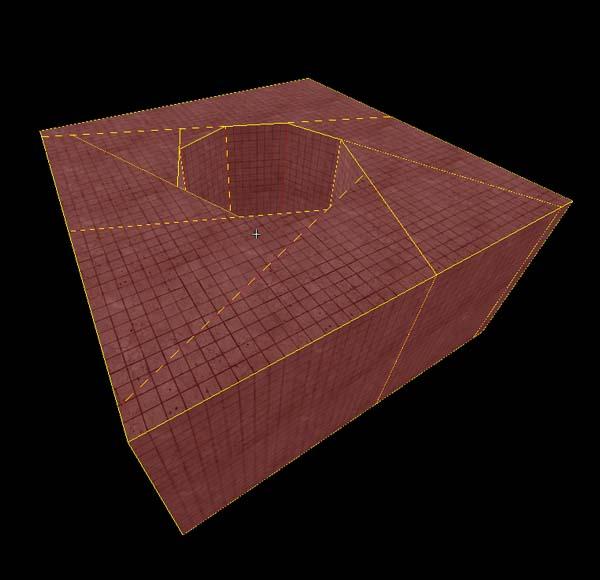 Straight to carving.
If you section off only the area that the cylinder will be cutting through, it will leave the edges of your box unharmed. 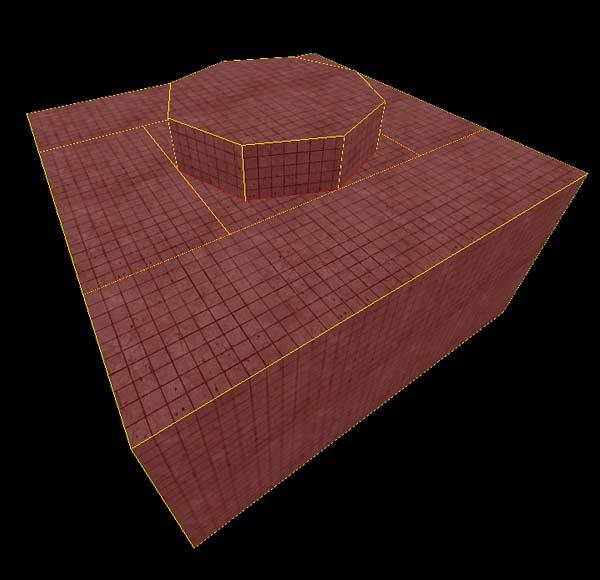 Setting it up the right way.
Using it this way we control the carving operation's potential off-grid vertices to a smaller area. It's a sort of damage control. As you can see, the result does comes out more cleanly. 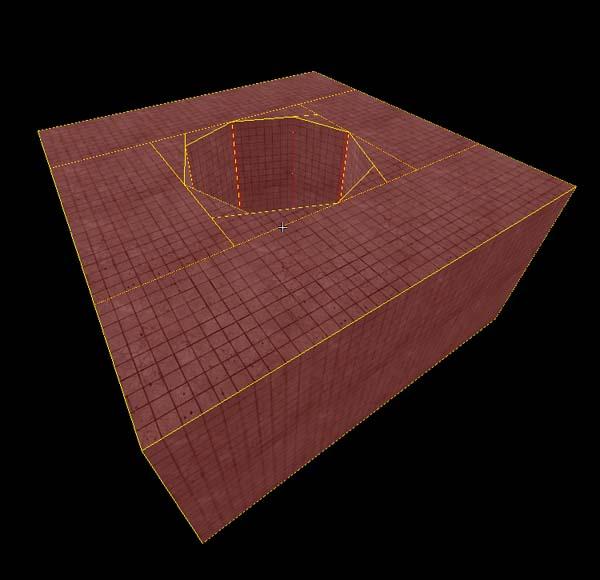 Our alternate approach is good old' fashioned vertex manipulation. This does take longer, but your resulting shapes will be much cleaner than their carved counterparts depending on how many sides you're working with. Vertex manipulation will also guarantee that every vertex is touching the grid.

Alternatively, cylinders can also be used to make slits. Just be sure to section off only the affected areas like earlier or you will run into several problems.

Even though you'll almost never have a need for it, it might as well be covered. In cylinder carving, there is no sectioning off. Almost every carve will result in something entirely unchangeable or glitched in some way or another. These shapes are quite usable, just don't expect to modify them. 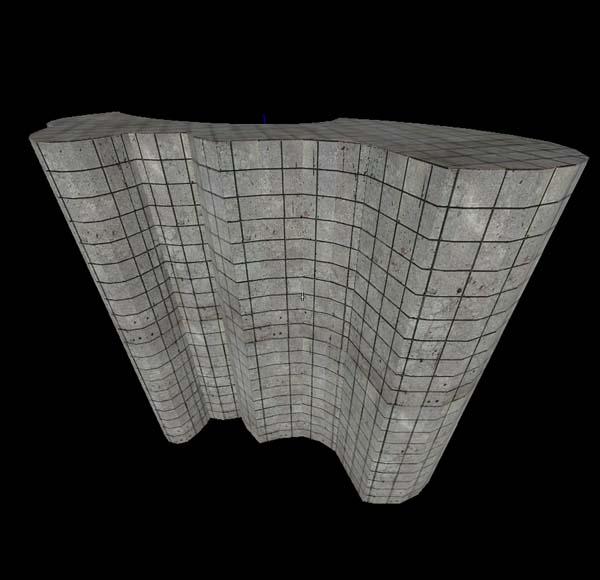 Funky shapes =0
You could do that kind of stuff with vertex manipulation if you really wanted to.

This is the epiphany of unholiness in the mapping scale of "No."

Carving arches always results in an error. Much of the time it will create brushes that extend into infinity and several hundred duplicate brushes of the same object. This kind of carving is guaranteed to slow your computer down to some extent, if not crash it.

If you think that the following pictures look nice and innocent, i've taken the liberty of adding the individual brush counts of each screenshot, for your amusement. 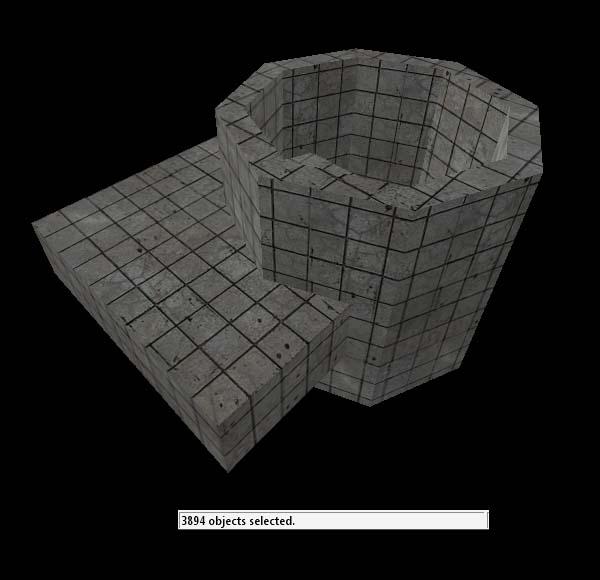 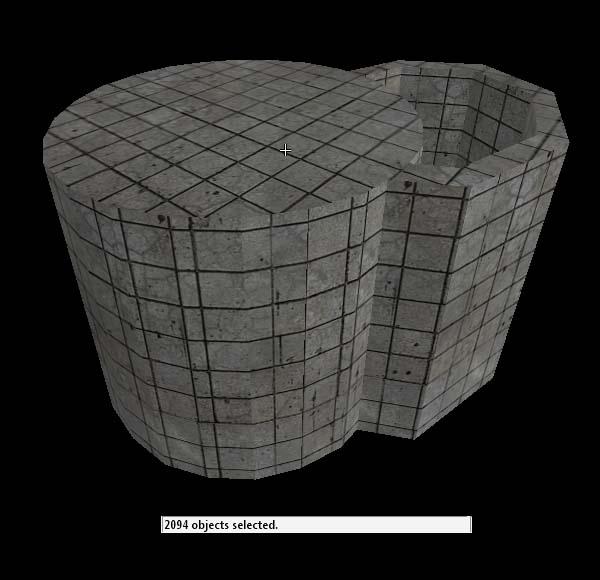 The only alternative to that period is vertex manipulation. It's annoying and tiresome, but it will actually work.

Now you should have a pretty good grasp on the ins and outs of carving, so venture forth and avoid using it!

Blitzkrieg
Commented 14 years ago2008-05-31 03:38:19 UTC Comment #100795
Because for newbies who lack vertex manipulation skills, carving is a very attractive tool. Problem is, they usually do it wrong and end up in the forums yelling about brush errors. This is so they don't do it wrong!

ZombieLoffe
Commented 14 years ago2008-06-01 22:56:42 UTC Comment #100799
Well-written and very thorough tutorial. Would perhaps need a short description to how to make carved-out cylindrical holes with vertex manipulation instead of carving? Or at least a link to a tutorial that describes the process?

Some invalid HTML on this page too, as a note to the moderators. Should probably restrict the way tutorial-writers can use HTML (like <li>'s without <ul>'s).

I dont blame you for not checking

Nicely written tutorial you got yourself here. Interesting and amusing. A deadly combo. =D