Admer456If it ain't broken, don't fox it!
So in my last journal, I talked about a bunch of things. How I'm finishing high school, how I made a game prototype and wrote a 48-page thesis about it etc.

This would be the sequel, "what happened next". I'll keep this one kinda short. In a nutshell: 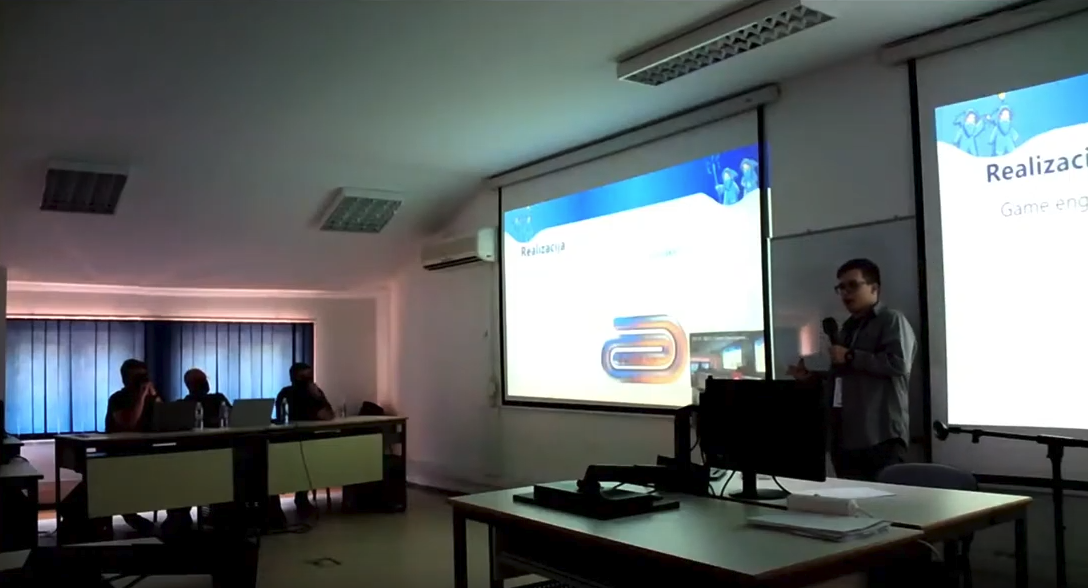 Me briefly mentioning my ioquake3 fork 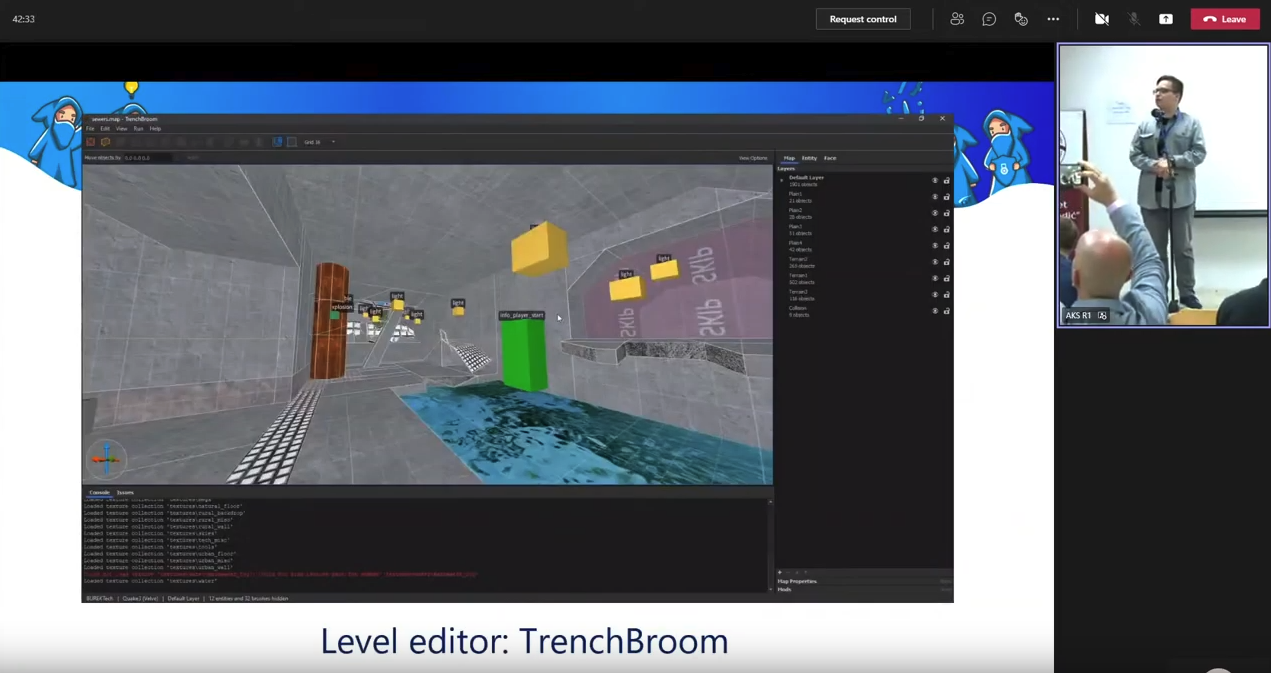 Spreading the word about TrenchBroom 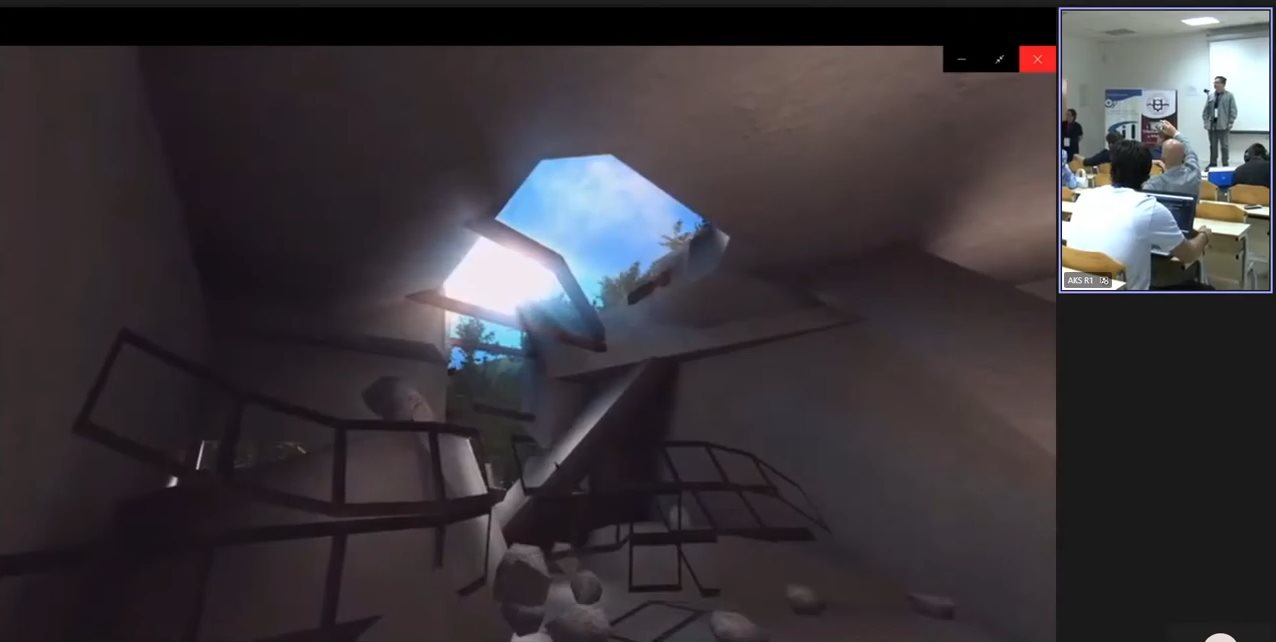 Teh trailer
I'm gonna sign up for the local IT college. I just have to. I don't like academic stuff, never really liked school, but I can go through 4 more years of it, cuz' without a diploma, hardly anyone's gonna take you seriously here. It's just how it is.

So once that's done, I can initiate

I also showed it in the last journal, somewhere in the comments. People who have been here for a long time know what the original was about (my advice: it's awfully embarrassing, don't read unless you're into that stuff). However, the latest revision of this plan roughly predicts how long it'll take for me to form a gamedev studio here. A fairly optimistic estimate is 4 years, assuming that everything goes well and I have a job the whole time. A less optimistic estimate is 10 years, which is still manageable and short enough for me. 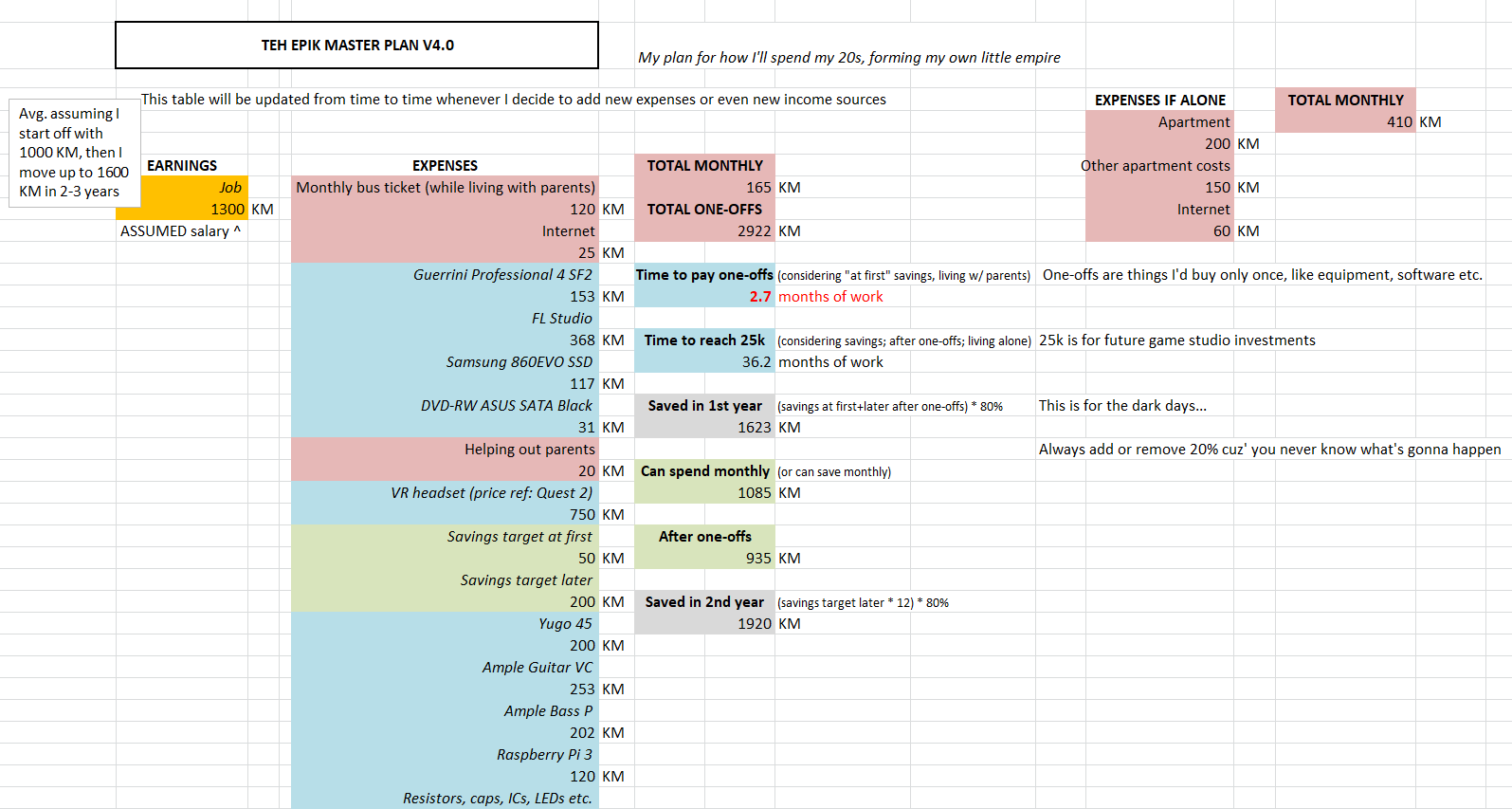 Essentially, the plan happens in 2 stages: one-offs and saving: What I ultimately want to do is just make games & sell them on Steam. So, in my little pockets of free time during college and holidays at work, I could probably work on a single game, so by the time I want to open the studio, I already got most of the game finished. If there's any success, great. If there's major success, even greater.

Having read through Bosnian tax laws, it appears that Bosnia's tax baseline is 10%. So if you make 10 000 KM brutto, you get 9 000. However, taking into account Steam's 30% cut before taxing (AFAIK that's the order in which cuts go), I'd be left with a total of 6 300 KM. Of course, there's more than that to it, like amortisation, paying the lawyer, paying the accountant etc. So to be safe, let's just say 5 500 KM.

I haven't seen any data for the sales of the kinda games I am planning to make, so I can't provide any estimate on that. I'm pretty sure there's a market for half-likes out there though. :]

The plan will go through a couple of more revisions. I haven't taken into account certain types of expenses, accidents/emergency cases and such. So far, it's less of a plan, more like a guideline.

Oh, and don't worry, I'll find some time for HL modding. If anything, I'll keep working on my HL SDK tutorial series.

P.S. Don't forget to offer me the tester position >:D

Good will and good luck with your youthful future.

I signed up for college. Got 85% on the entry exam, not too bad, I suppose.

@s0nought
I hide all my cheats in the skull. There's a chance they may evaporate that way, but... it works pretty well.