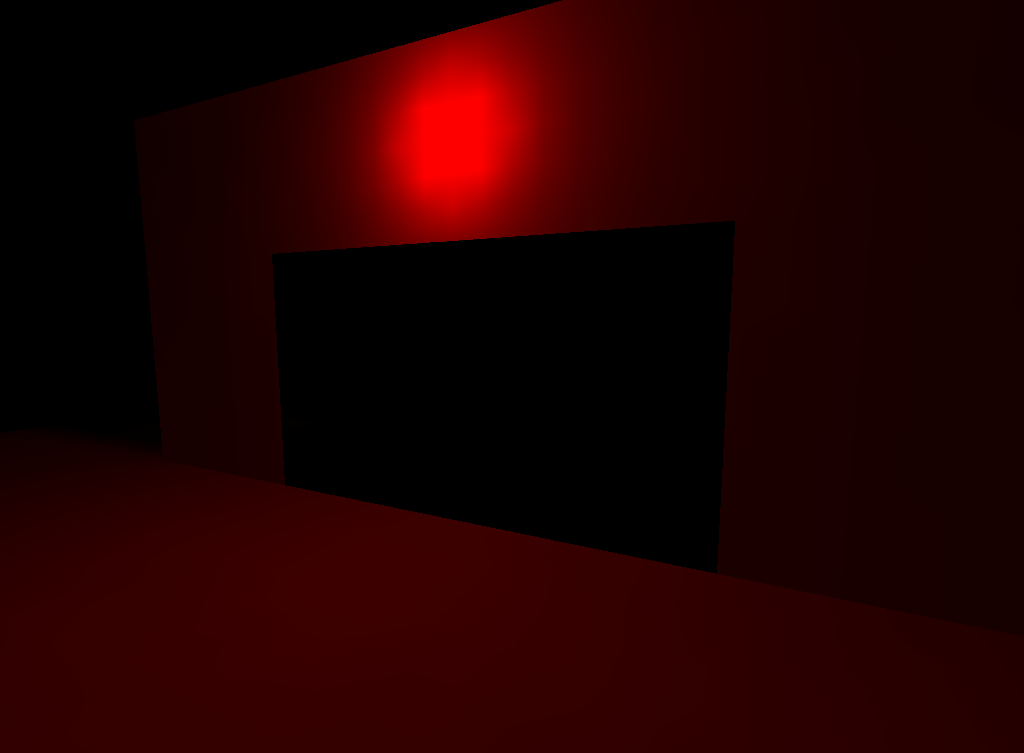 Outside view of an enclosed room with a "window" and SKY texture on it (on the black rectangle; it's the view to the background, not a texture)
As you can see in the picture, it can't render the content from the inside of the room unless the player is out of the map (into the SKY bounds) or inside a wall.

And I have this... This is what I want to achieve... but without any problem: 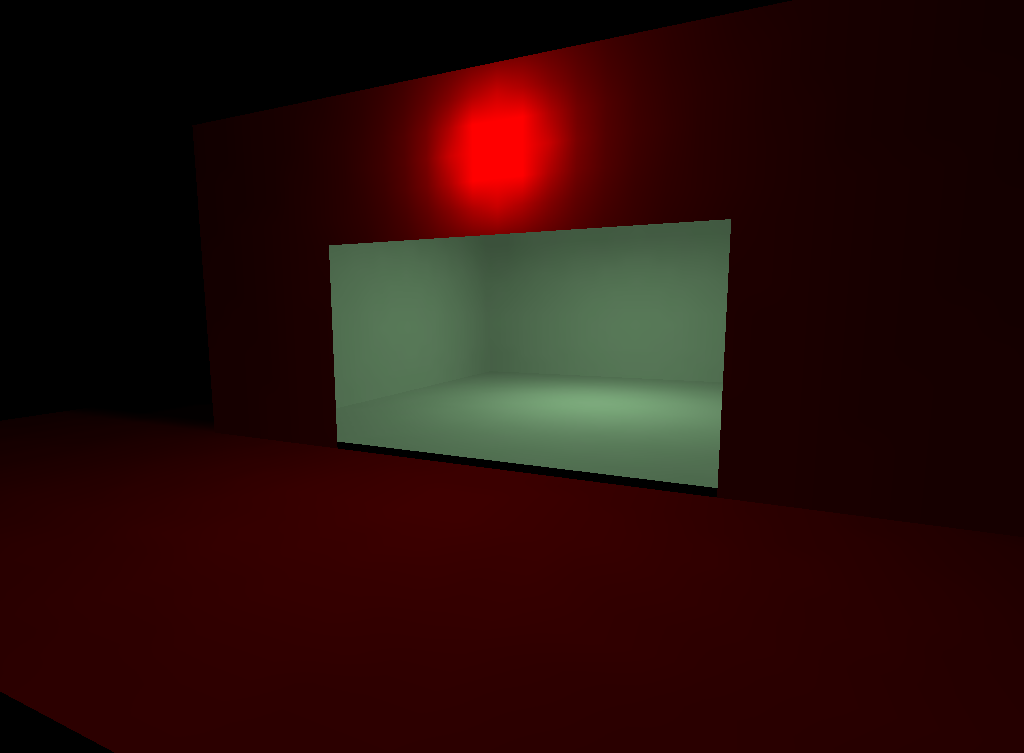 The interior of the room visible from the outside (using the proper SKY texture)
As an alternative to SKY texture, I tried an invisible func_wall brush with ZHLT Lightflags set to Opaque, said to block lights, but it still causes small amounts of light to pass through solids. That alone would be fine for me, but light leaks are the problem. 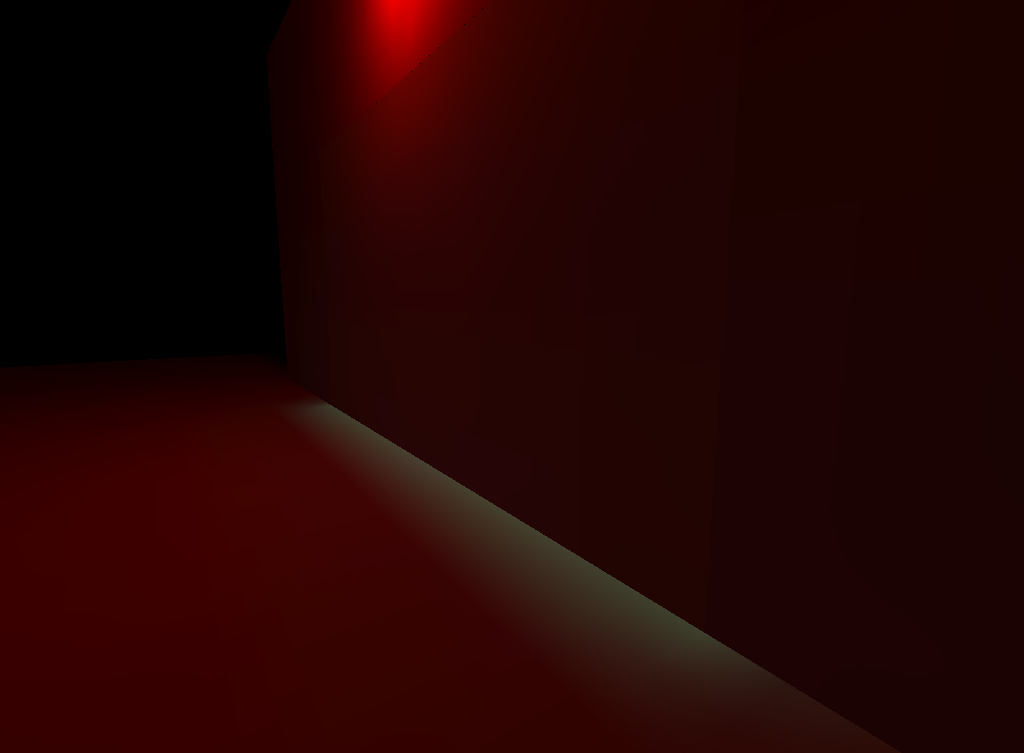 Here ZHLT_Lightflags with "Opaque (Blocks light)" is not effective at all
Example 2
Like in the first example, but now I want the visibility to be blocked... 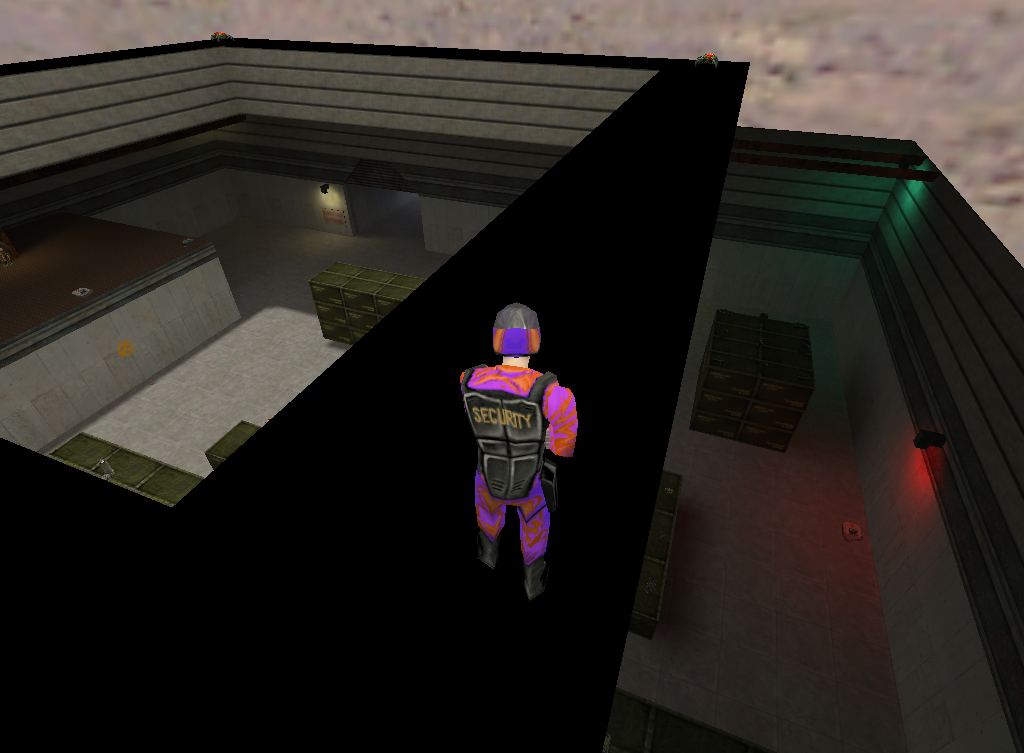 Roof with SKY texture exposing the bottom
So, are there any special textures or compile commands or anything else I could do to fix this unforeseen? I'm using VHLT v34, in case anyone wonders.

Stojke
Posted 6 months ago2020-01-11 21:14:11 UTC Post #343589
If you want to render sky in a window yet there is something on the other side that you do not want to be seen you have to make a thin layered wall with a solid texture and sky in front of it. If you want to make a solid wall that is transparent use null texture.

Also, i doubt that is what you want but i could not undersand it clearly from your text, can you write what exactly do you want to achieve in case 1 and 2?

If you want to make a solid wall that is transparent use null texture.

NULL and SKY act pretty much the same. NULL is never transparent. Btw, NULL causes the "hall of mirrors" effect for not having something to render, that's the only difference.

In case 1, I basically want a fully transparent brush that doesn't leak out light, like any world solid brush does when you have a completely closed room, just as you can see in the second picture above. However, I couldn't keep things that way as I was inside a brush with noclip just to take the screenshot; and when I'm not in, things are like in the first picture.

In case 2, by the way, I'm taking as example this map here. As you can see in the last picture of the thread: on my right, there are blocks of SKY texture being able to see the other side (underneath). This is the opposite of what I want in case 1. I don't want it to be visible in this case, but yet I want them as SKY texture. 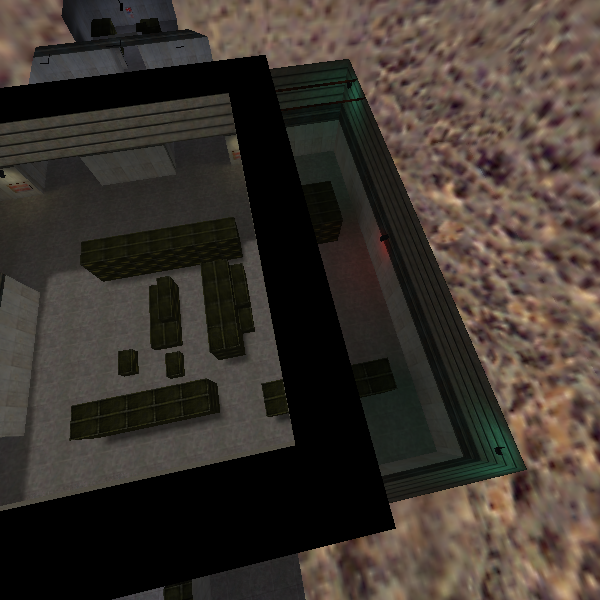 This is how the final map looks 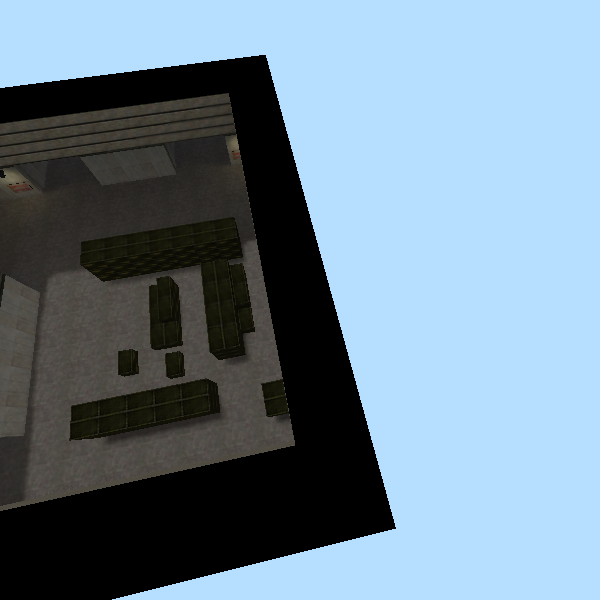 And it should look something like this, but the sky blue shouldn't render anything but the skybox image
Conclusions: 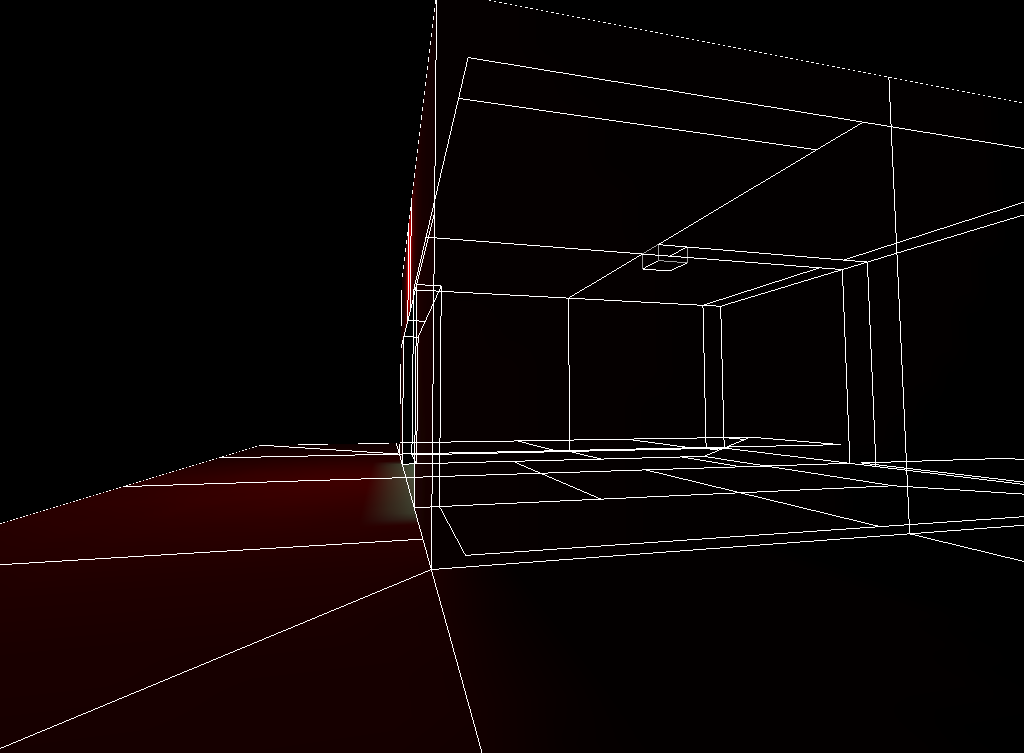 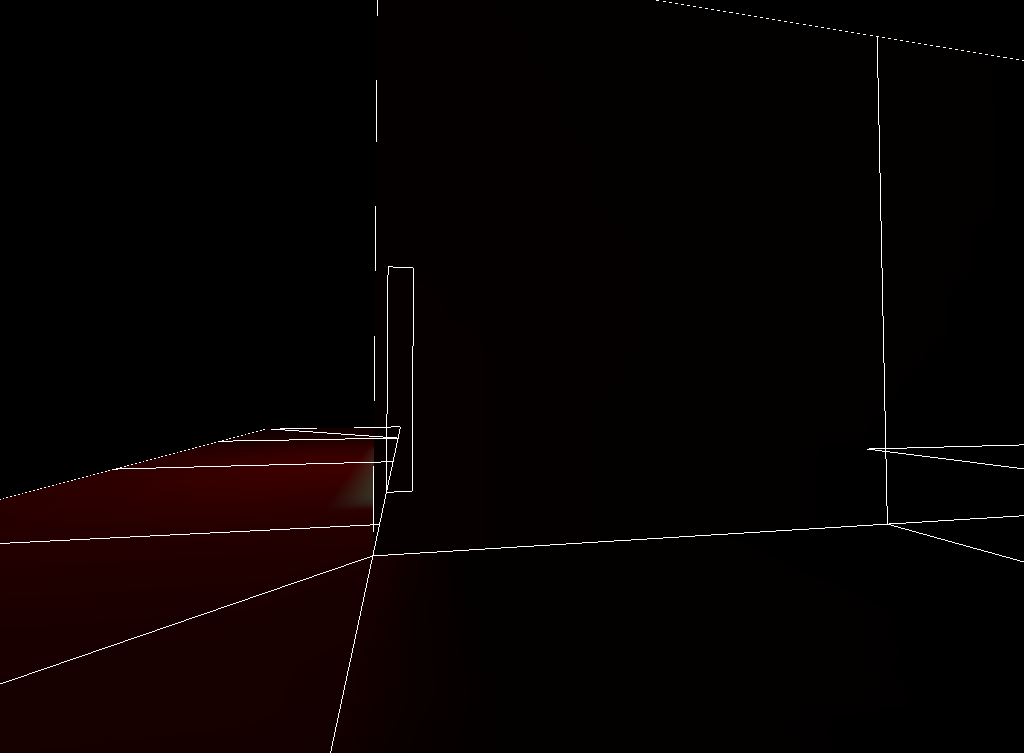 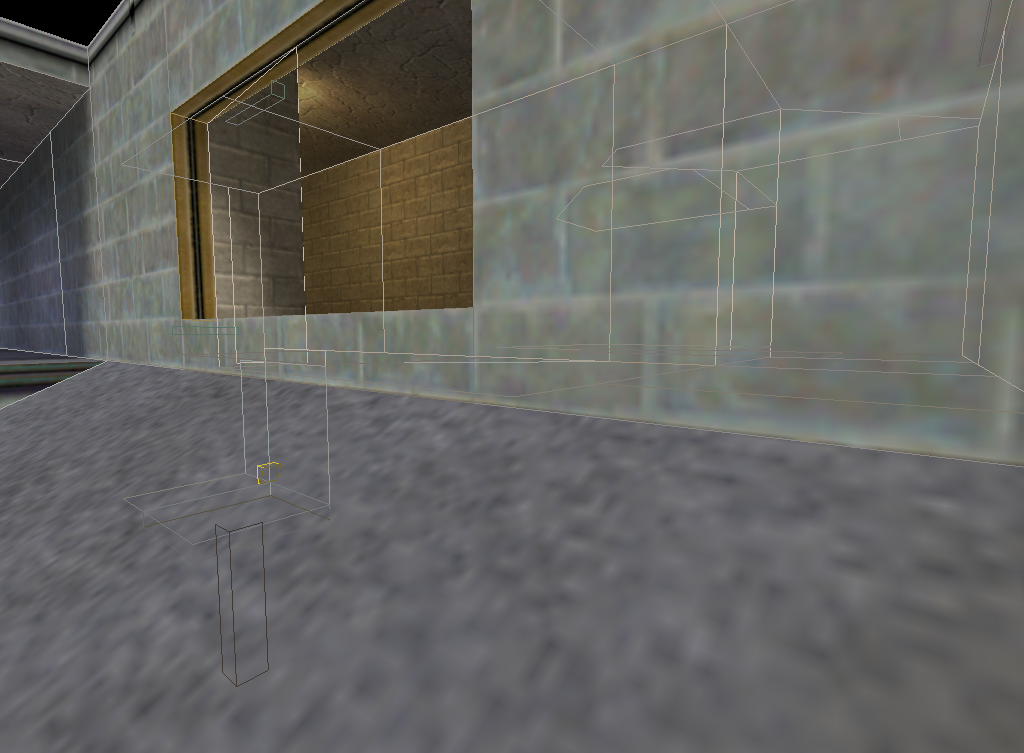 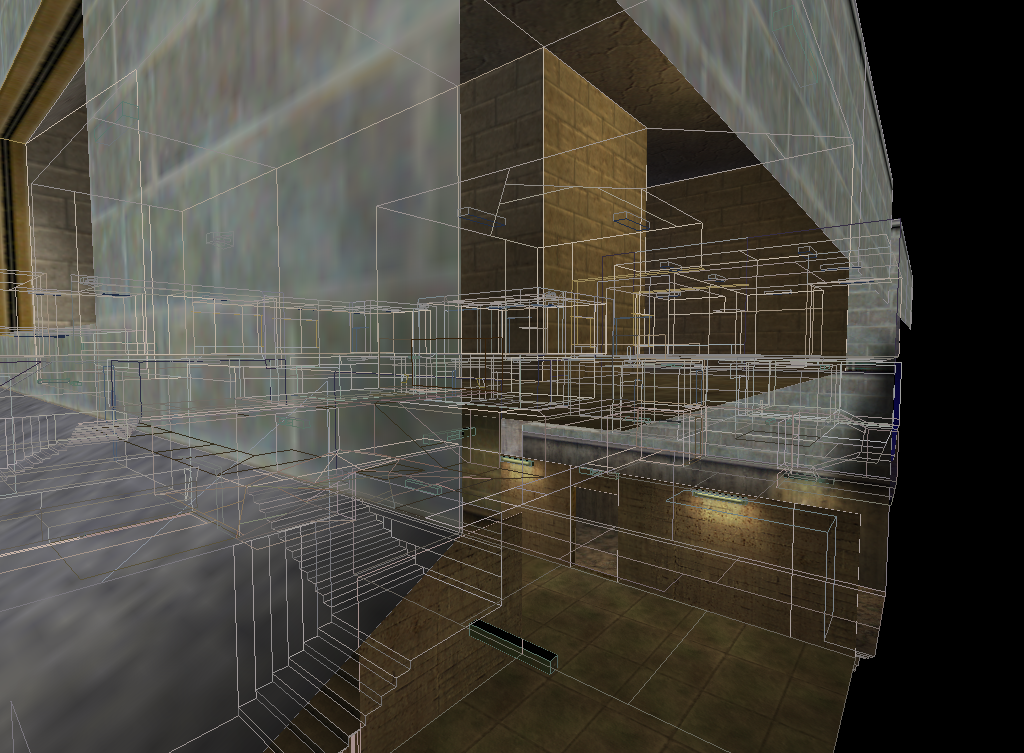 Everything is visible since you are in the "void"
The priority is to solve the problem in case 1. The second one is not too important, though.