The complete weapon array is available, as well as various custom objects such as sharp crystals, hammers and rocks. Action is never far away due to the compact nature of the map, and vertical combat plays an important role. And there's the occasionally hidden items...

What version did you still have? The oldest that I still have around is v37. The final version is v51.

Will take a run through and see if it's any good, I'm guessing yes.

Enitiy Placement 10/10
I like the scattered arrangement of the health and ammo. You have regular small health packs but only a few large ones in some areas. The weapons were placed appropriatly and ammo was available but not abundant.

Design 10/10
It didn't feel like an arena, that's a plus, but it has the possiblity of both long range fighting and mini-arena areas where players can get up close and personal.

Ambience 10/10
Lighting felt natural. I felt that where there was light, it was made so it lit enough of the area to allow players to see but still emphisise the fact that the player is in a deep dark cave.

Map Skill 10/10
Solid, plays with the fact that there is a world outside but trying to get there is costly. The rock formations were fantasic and allowed a less 'constructed' feel to the map. Those waterfalls were fantastic and broke up the regular old rock wall.

Total 10/10 (5 stars)
Magnificent map, this is a true Half-Life map that breaks from the style we are used to but lives in the world that we are.

Corrupt_Specturion
Commented 1 year ago2020-10-12 21:53:49 UTC Comment #102951
I would like to be able to download this map, but I can't. Hopefully, it doesn't take too much time out of your day to update an 11 year old download link. The only other place I could find this map was on Planet Half-Life, but seeing as GameSpy shut down a long time ago, none of the download links work.

Your map is awesome! the atmosphere is great, and it almost feels like I'm really there! 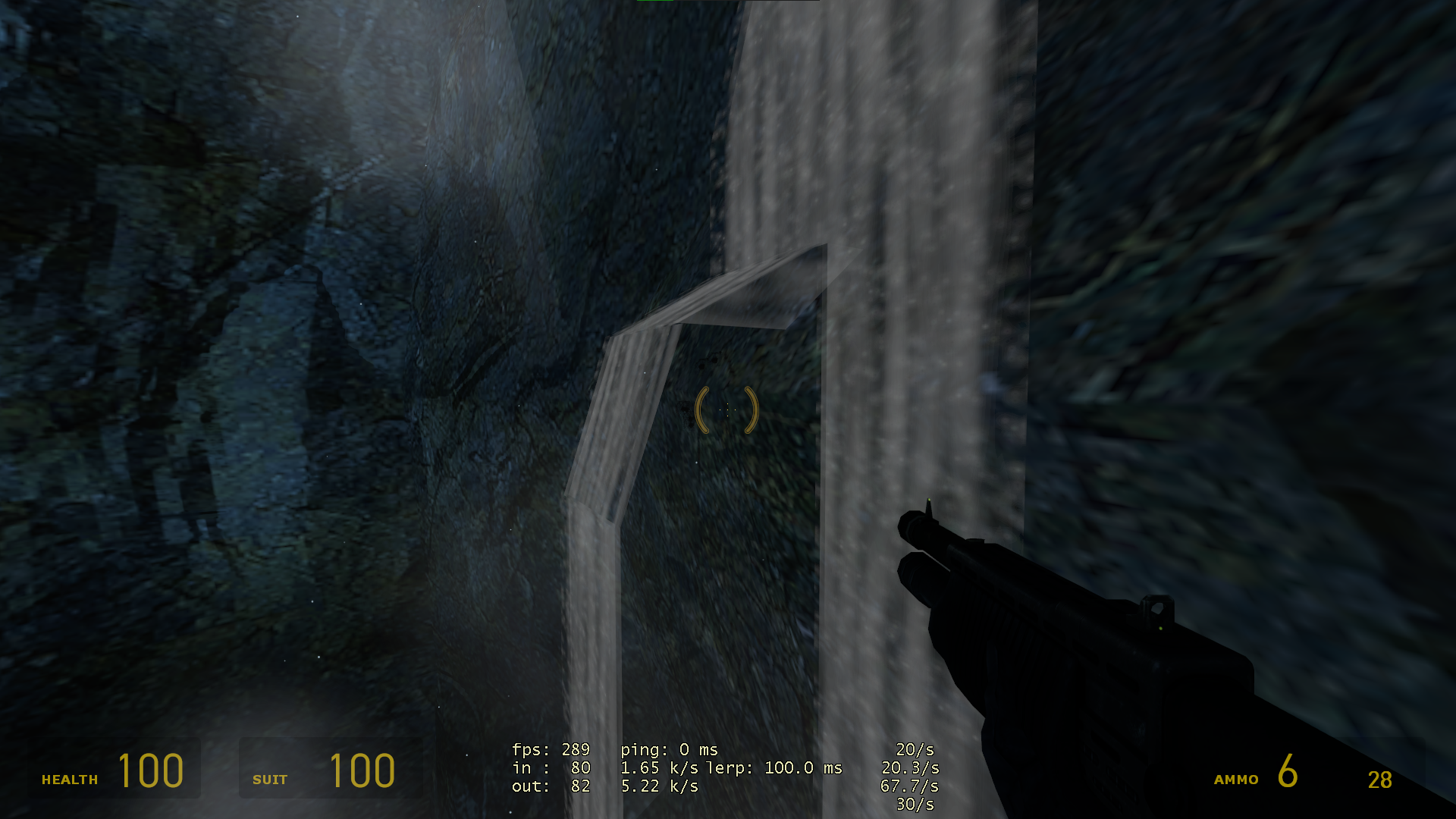 Except for whatever's happening here
There isn't too many or too little supplies, and they're placed magnificently! I haven't seen a custom map like this in quite a while. Bravo!

Captain P
Commented 1 year ago2020-10-17 11:10:46 UTC Comment #102960
Thanks for the kind words. That waterfall is actually on purpose - it distracts players so others can activate the trap in that room! Nah, I think I just forgot to put a rock there.