Download (1.69mb)
This was my first map and I am looking to implement feedback (for this map) in my next map. I'm Satchmo's son.

Some of the areas outside the map that are visible seem quite empty - consider what the world outside the map looks like - for a junkyard, there'll be roads leading to the entrance, maybe cars parked outside, streetlights, and that kind of thing. 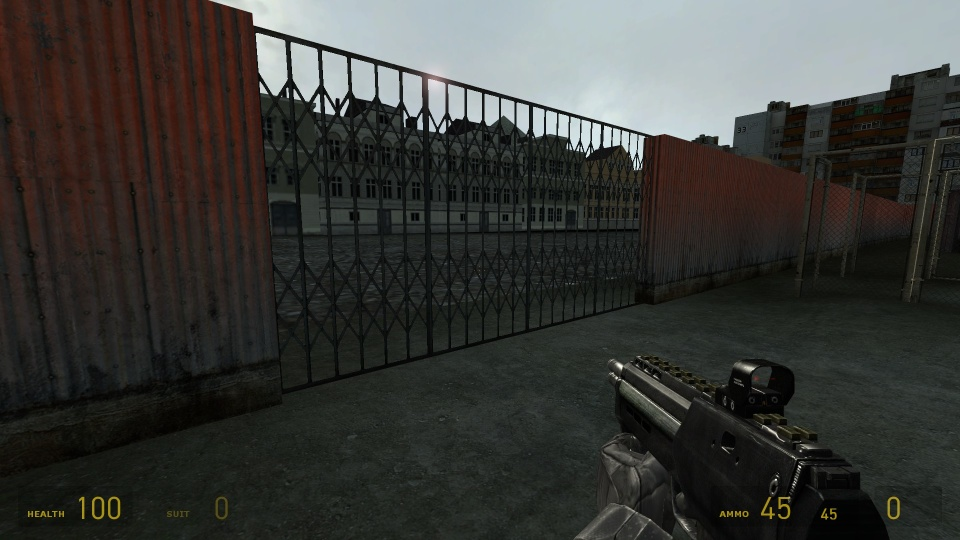 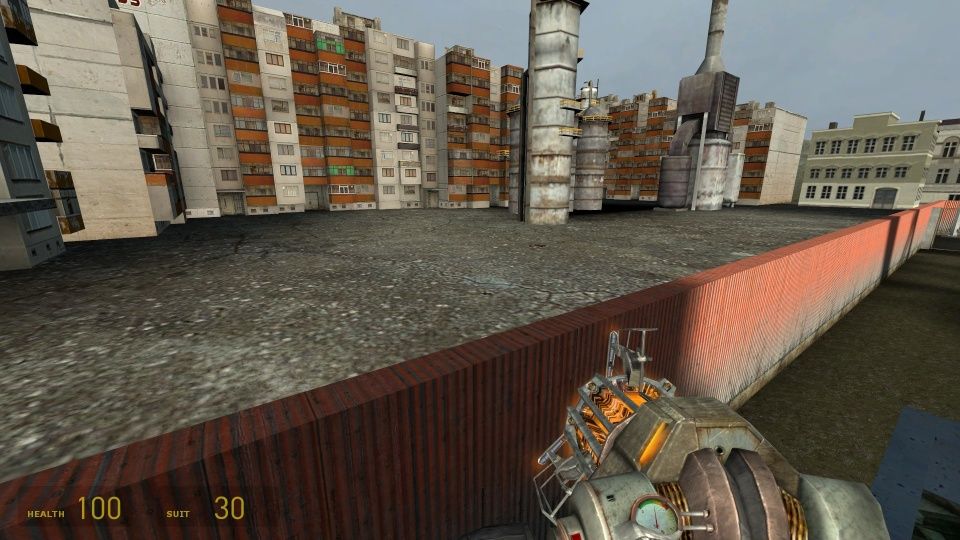 I also notice that there's areas of the map that are fairly flat and undetailed - it'd be great to see more terrain work, and more detail in the landscape - such as piles of rubbish, or more buildings. Maybe even some Combine buildings, if you want to go that way. 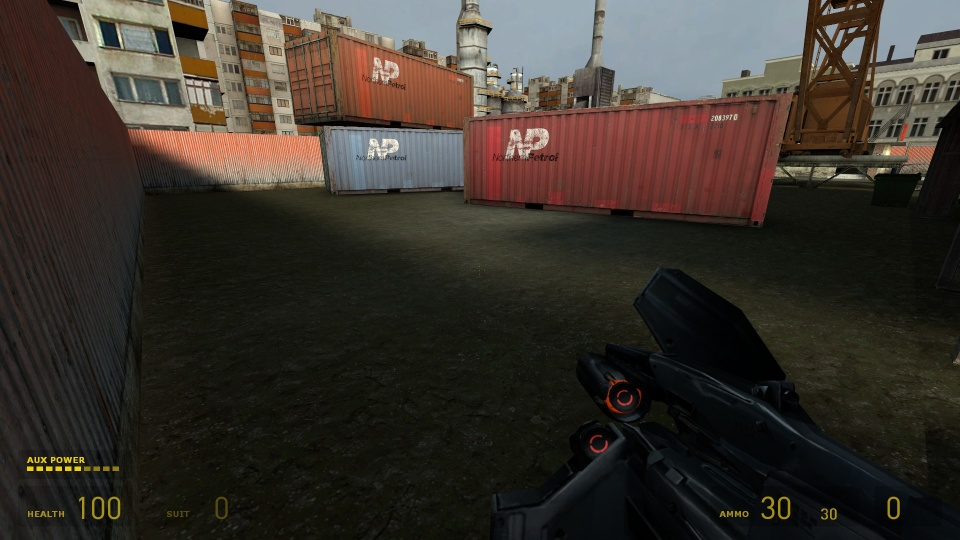 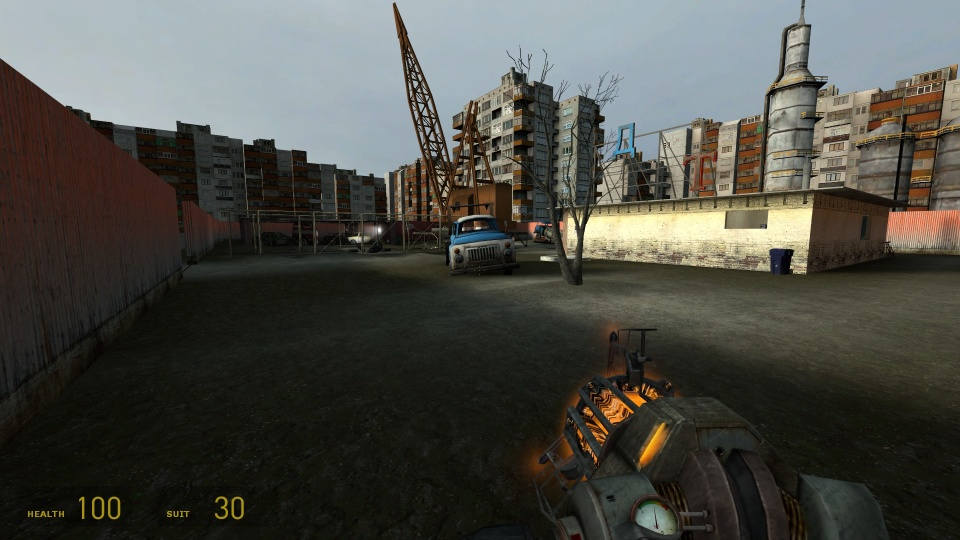 One thing that stands out to me is that the map's layout is a square. You've got some variation with the underground section - which is good, but in the end, there's parts of the map where you can see from one side to the other which isn't the best for gameplay. Maybe you could change the layout of the map - take a look at the layouts of other HL2DM and CS maps to see how they have paths that connect together in different areas, and let the players move about in multiple ways while still not being able to see the entire map from any one area. If you want to keep the square layout, you could add more walls or props to block sight lines. Remember that variation can be vertical as well, maybe you could add an extra level to the building or make the rooftop accessible to increase verticality. The basement only has one entrance and one exit, which can often make gameplay more predictable - maybe some extra entrances to the basement area would help.

Take a look at what audio options you have, such as soundscapes and ambient entities. Currently the map is silent, and could do with some extra ambient effects to make it feel more "realistic". Some of the HL2 maps have great background sounds such as the Combine announcement system, scanners, trains going past, birds singing, and other effects. This really helps to improve a map's atmosphere.

Captain P
Commented 1 year ago2021-04-13 20:27:49 UTC Comment #103505
I think the small, square layout is fine - it's guaranteed action even with a small number of players. I like how some weapons are put in vulnerable spots (top of the crane, inside containers), forcing players to take risks, and how the water pool warns nearby players when someone picks up the AR2. The map also feels like a believable place.

What I like about the outer wall is how you chose a distinctive color to mark the boundaries of the playable area. But it's too thick for sheet metal, and there's an invisible wall above it. Putting barbed wire on top of it would make it clear to players that they can't jump across.

I'm not sure about the underground hallway. It's a bit too disconnected from the rest of the map, and with a charger, infinite ammunition and only 2 entrances that offer no cover, it's probably an overpowered camping spot. If only other players could flood that room to discourage such behavior...

The fenced area next to the crane is a bit confusing to navigate - it's a bit of a dead-end and the 'exit' isn't easy to spot due to the low contrast between fences and the dark wall behind it. The nearby shed is also a bit too dark for my taste, especially because the wall behind it is also dark, so players silhouettes won't stand out against it either. The ladder to the top of the crane isn't clearly visible and it doesn't extend all the way to the bottom, so it doesn't look climbable. The crane base is also hard to get onto, as you can only crouch-jump onto it from a few specific places. Either make the platform visibly unreachable, or make it reachable from everywhere. The platform and its sides also disappear when you look at it from certain angles (because it's a single brush, and its faces are one-sided). It also looks like you could crouch underneath it. Maybe make it darker and put some concrete underneath it, to make it more visibly inaccessible.

Finally, about the 3D skybox, I'm a bit worried about an oil refinery being located in the middle of a residential area. It would be more believable to have residential buildings on one side of the junkyard, and some factories on the other side, with a refinery further away in the background.