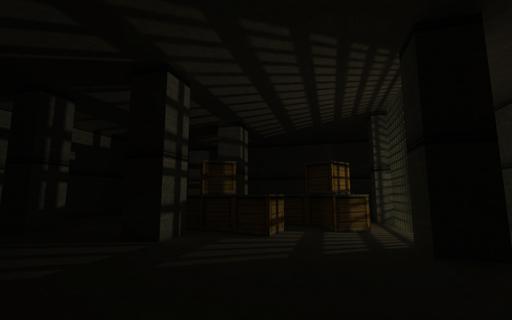 My example
One of the things missing in Half-Life are precise and realistic shadows. But they are not less important than architecture or textures for the overall look and feel of the map. So bringing them to your map opens completely new possibilities, allowing you to create a much more interesting and dramatic atmosphere, which was previously impossible.

The technique used for shadows itself in the Half-Life engine is perfectly correct and realistic. However Valve decreased its quality greatly to save memory because the engine simply can't handle it. Every surface in the game has a lightmap on which the light is projected and its resolution was made smaller, making the shadows less sharp. But I found a little trick to overcome this and make the lightmap resolution bigger, thus making the shadows much more precise. But you must keep in mind that it consumes a lot of resources, so you can't use too much of it in your maps. However some optimization can be done which will improve the performance greatly.

The technique is very simple and quick because all the work is done with textures. If you don't know how to make custom textures, have a look at this tutorial first. All you need to do is take the original texture, scale it up a few times with any advanced image editor and then scale it down equally in VHE. Lowering the scale in VHE makes the lightmap in-game bigger, thus making the shadows more precise. In the example it's scaled four times and as you can see it looks good enough. Even though there is a lightmap size limit you're probably never going to reach it because four times is really enough for a good effect and anything bigger will use up extreme amounts of memory. Also, keep in mind that a texture scaled down two times to 0.5 costs four times more w_polies and a texture scaled down four times to 0.25 costs sixteen times more w_polies. Also keep in mind that you can't go over the default 512x512 texture size limit. If you really need to then you should split the image across multiple textures, or you can simply scale it two times instead of four, but the preciseness of the shadows will be decreased.

Open it in any image editor and scale it up four times. So a 64x64 texture scaled four times will become 256x256. Keep in mind that your image editor should smooth the texture when resizing, becuse a pixelated texture will still look poor in-game, even when scaled down. 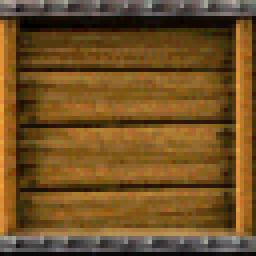 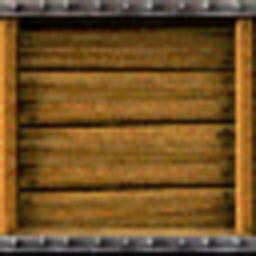 Correct
Now all that's left to do is to accordingly lower the scale in VHE. So 64x64 scaled four times to 256x256 should be equally lowered four times too to 0.25. 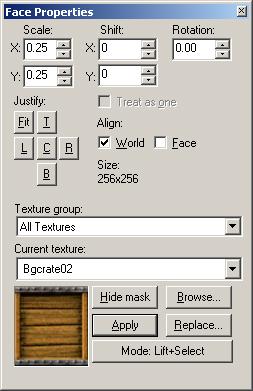 I recommend you optimize as much as possible, especially if it's going to be a multiplayer map. The good thing about this technique is that it only applies to certain textures so you can control which surfaces have the precise shadows. For example if you have a room and a shadow being casted only on only one of the walls, you can apply this technique to that wall only and leave the rest of the room with normal scale textures. Also if you have a grate with a light shining through it then you can optimize it too and save a few hundred polies. Simply texture the grate made of brushes with BEVEL texture to make it invisible and to remove all the clipping information from it. This way it will only block light. And for the visible textured part use func_wall with transparent texture of grate of the same dimensions. If done correctly you could go from a few thousand polies to a few hundred.

BEVEL can be found in zhlt.wad

While it works with all types of light, you should use light_spot if you want to achieve a result similar to my example.

Keep in mind that strongly lowering the scale of textures causes issues with some dynamic lighting features. For instance if a texture is scaled down four times on a face, then the light emitted from the flashlight, weapon projectiles (RPG rocket, crossbow bolt, etc.), and any explosions becomes four times smaller on that surface.

That's probably all you need to know. Good luck! 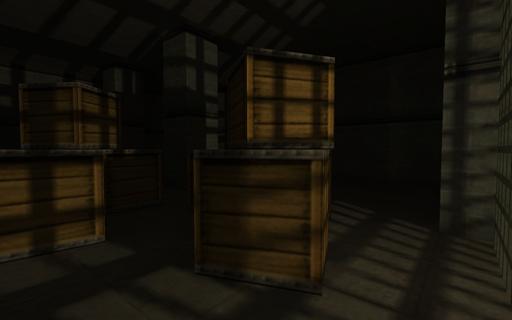 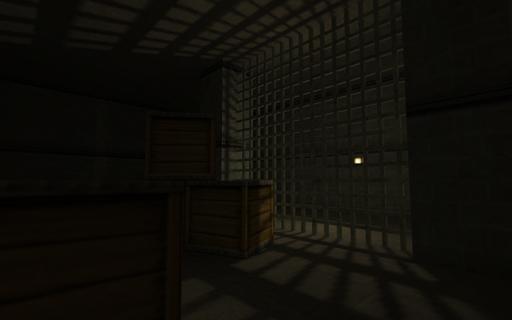 dexter
Commented 11 years ago2011-05-22 22:05:28 UTC Comment #100989
Before learning about detail textures, I used this technique for HD textures. The problem was, as previously stated, the dynamic lights.

But great tutorial! I'll be sure to use the technique a lot.

srry
Commented 11 years ago2011-05-26 06:24:52 UTC Comment #100992
You can actually modify the lightmap size through some compile tool command, so it will affect the entire map without even having to resize your textures, though you may take an even bigger performance hit, and you'll be very likely to run into some nasty lighting bugs.

Bruce
Commented 11 years ago2011-05-26 18:30:01 UTC Comment #100993
As far as I know there isn't such a command. Where you seen it? If it does exist then it's pretty much useless because you really don't need this effect for the entire map and even if you do, the engine simply wouldn't be able to handle it. But my technique can be applied only where it's needed.

Rimrook
Commented 11 years ago2011-05-29 04:49:24 UTC Comment #100994
I believe you can lower the Rad "Chop" or something. There is a command for this but it makes some seriously expensive shadows resorting in some small maps.

"About more detailed shadows to lower the rad: -chop and -texchop. Decreases parameter-chop in half and more, with-texchop must be at least twice. Can be used to mitigate the edges of shadows-bounce # - number of reflections of light. I think I will be complemented mappers ... "