Ever wonder what this little thing does?'

What's this?
Well that's the Cordon Tool
It's a nifty tool in hammer that eases the mapping pains when your maps become cluttered, and it's Extremely easy to use.

Here's how you use it:

First, navigate your cursor to the top of the screen in hammer. Somewhere around the middle of the screen, you will see 2 buttons with black and yellow stripes in them. Those are your cordon tools.

So if you hover your mouse over the button on the right, you will see a tooltip popup that says Edit Cordon Bounds

Edit Cordon Bounds
If you give the button a click, you will see a red wireframe box appear that has blue handles on it. 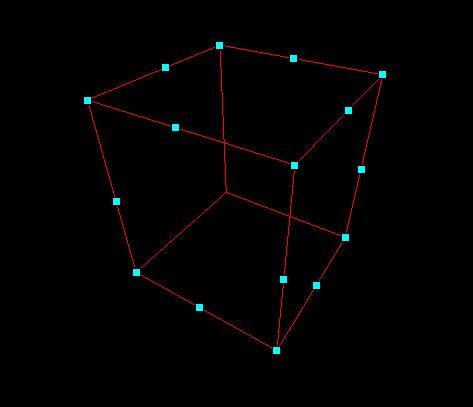 Cordon Bounds
Drag this box around an area of the map you want to work with, and then click the other button right next to it called Toggle Cordon State.

Toggle Cordon State
Two things happen at this point. Before: 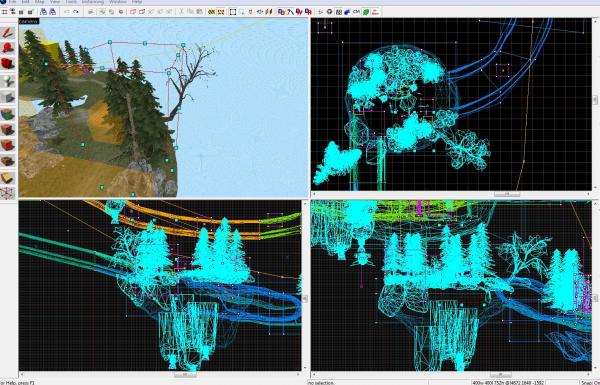 Messy and cluttered
After: 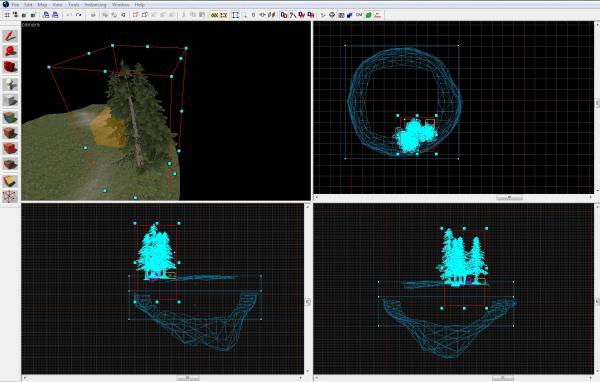 Neat and not cluttered
The cordon tool also only compiles whatever is within that red box!!

This is VERY useful for adding new areas to existing maps when you dont feel like waiting for the entire map to compile. Think of it like a "quarantine zone".

If your map's clutter is bringing hammer down to its knees and you don't want to bother with vis-groups, just drag a box with the cordon tool and enable it!

Just remember to include a new player start within your cordon bounds (or move the existing one).

The box will also limit movement in game. If you make a cordon box in a map and run around, you'll find yourself hitting an invisible wall where you placed your cordon box.

There you have it!