TJB
Commented 4 months ago2020-04-06 15:52:11 UTC in journal: Coronavirus Comment #102641
My grandfather has apparently both had a heart attack and tested positive.
I'm staying hopeful but preparing for the worst.

TJB
Commented 4 months ago2020-03-21 00:28:55 UTC in journal: Coronavirus Comment #102600
I'm staying isolated and indoors, obsessively washing my hands and only eating food that I've prepared.
So the same as it's always been.

Seriously though, I'm remaining cautious. My brother has asthma, and my mum wouldn't fare well with any sort of infection, so I am being vigilant about hygiene on the rare occasions when I need to go out.
Luckily my job can be done from home, so I haven't left the house since Monday. I'm nearly through my backlog of records to listen to.

TJB
Commented 8 months ago2019-11-25 10:43:49 UTC in journal: Stream Announcements! Comment #102450
I rarely get to catch these due to internet issues, so I decided to look at the YouTube playlist and oh dear God there's more than a week straight of videos to catch up on.

the nerve some guys have to come here after weeks to wish you a happy birthday, amirite?

Yeah, who even does that?

Am I the only one confused by the fact that "18 months ago" was 5 years ago?

At the time they were put on it was going to be for 18 months, which plays a large part in why I was so glad to have them off.

TJB
Commented 1 year ago2018-10-10 20:54:36 UTC in journal: So I just bought a dehumidifier. Comment #101550
I bought a 3d printer a few weeks ago.
I've actually been using it to make a small scale dehumidifier, as PLA filament absorbs moisture surprisingly quickly.

I got it with the intention of making mechanical devices, but so far I haven't actually had the time to do any of that.

Definitely true. I think in total it worked out to about 65 hours of wages from my old job. Worth it though.
Also it seems pretty crazy that we were both at the same place, there has to be at least a few places like that around the world.

Thanks all for the birthday wishes! 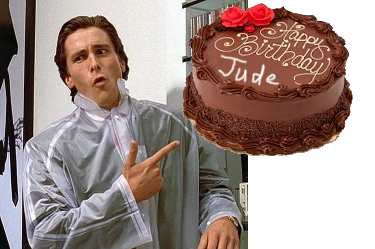 Also he seems to be surprisingly smart, he learned how to sit after less than a minute of prompting. TJB
Commented 3 years ago2016-09-21 01:40:06 UTC in journal: #8748 Comment #62901
The year my sister entered secondary school, her school had decided that instead of textbooks the students would each have a tablet with ebooks, for a number of reasons including the effect the weight of daily carrying a bag full of books has on growth. I certainly see the point of that; in my school all first year students had to take every available subject. I was a very small until about 15 or 16 so I would say the bag I had to carry would have been an appreciable fraction of my weight.
I think it's a good idea in theory, but the way they implemented it wasn't. One of the factors in the decision was that over the time spent in school it would be cheaper for the parents than buying new textbooks every year, however they chose iPads as the tablet of choice, which only one company sells, at quite a high price. Of course since the student owned the tablet there was the question of what level of control the school could have over them. From what I have heard a lot of the students spend most of their time in class using the tablet to browse Facebook. And there is also the fact that at this point most of her classes have gone back to using textbooks anyway, which defeats the purpose of the idea.
I can see many reasons why a scheme like that, if implemented well could be beneficial. As well as that, since technology is becoming more and more important as time goes on I can see reasons for introducing children to technology relatively early. However that also depends on implementation. Using it as a substitute for parenting is no good. I would at least argue that a tablet is a better parenting substitute than a television, as there is at least some level of interactivity there. I picked them up from the printers yesterday.
That's Bone, and the lettering is something called 'Silian Rail'

TJB
Commented 4 years ago2016-05-12 17:40:49 UTC in journal: #2016 Comment #50180
2016 was an interesting year, full of twists and turns and unpredictable goings on.
Probably the most shocking development was that TJB beat Jessie to being first commenter on one of these year journals.