I put Ovaltine in my Eggnog
Rimrook • 7 months ago2020-10-04 12:16:55 UTC • 7 comments
One time I actually did put Ovaltine in eggnog. Ovaltine is a type of chocolate mix full of vitamins for those who don’t know what it is. So I drank an incredibly dense shake of the stuff. Needless to say I didn’t eat the rest of day. It tasted interesting to say the least.

Tragedy
Rimrook • 9 months ago2020-07-18 17:22:58 UTC • 8 comments
Today is a sad day. My cat Nahmbo had heart disease complications and had to be put down today. Lyssa and I are hurting badly because he was only 9 years old and was the best cat we’ve ever had. Even when he had to take heart medicine, he didn’t fuss at all about it which is unusual. He sat with me while I worked from home every day and would sit in my lap while I mapped On the weekends.

We’ll miss him so much, our house is more set up for him than for us and without him, we just don’t know what we will do.

The date is September 16th. Exactly one month.

Unlike the first time where it was technically two surgeries back to back, this time it will be a two operations simultaneously. It will be done at the top neurosurgical hospital in the country in their most sophisticated lab. Hope everything goes well.

So thing have been compounding for a little while and I should vent lest I go insane. I’ll keep the points short.

I’ve been battling severe depression but I’m on some antidepressants so I’m ok. I’ve been officially diagnosed with with it.

I also have been diagnosed with autism which explains a fuck lot.

Lyssa has not one but two anomalies in her brain and needs another craniotomy to fix so we’re doing that again. She’s in tremendous pain all the time now.

My job as an illustrator really sucks.

SMJ has a prototype build ready that tests underlying systems. Story for the demo is in the works but the whole game needs a rebuild on an updated version of the engine so it runs better and has more features. Long time coming. Also I can map while running the game which is a cool functionality.

If you think SMJ is near completion, it’s not. I don’t even have the first level. I’m still experimenting with every aspect. Gotta get it just right ya know?

I could use help. Anyone with writing experience or as a hobby, let me know. I should have the story solid before anything else and it’s loose at best.

So yeah things are rough but I’m feeling optimistic. I really need support in so many different ways right now :/

Another Brain Surgery?
Rimrook • 2 years ago2019-03-20 09:42:03 UTC • 14 comments
So my wife may need to have another scary brain surgery. Honestly I’m rather freaked about things. This is what she had written on Facebook because it best describes what’s going on.

Hi Friends.
I’d like to tell you all where I’ve been and why.
(May be a bit long, so the short version:
I’m having a cranial angiogram tomorrow at Tampa General to see what this neurological anomaly is (vascular brain stuff))
This is why I haven’t been out and about much.
Cute animal pics, love, light, etc are all welcome. This is gonna be hard ☹️

Long version:
Last year I started having some odd neurological occurrences. So we got with a neurologist and he ordered the MRI and MRA done.
We got the results in November, that there was some stuff going on vascularly in the same area that I had the AVM removed from back in 2010.
They could not definitively say what it is, hence just calling it the “anomaly”.
I was instructed to go back to Tampa General where I had the 2010 surgeries and talk to them. My surgeon from 2010 has moved to Colorado, so I was assigned to a new dr (a process that took from November to February to get an appt. specialists 🙄)
Anyway, met my new dr, who’s very nice and whom I trust.
So all this time we’ve been just sort of waiting for this test to figure out what’s even going on. (6 months)
We finally got the call on Friday of last week to schedule this procedure for Wednesday.

The angio itself should only take about an hour to an hour and a half, then about a 4 hour recovery, then I should be able to come back home.
Ben/my mom/Dave will have my phone etc.

There’s more, but it’s more about my feelings concerning all this and grief stuff
(My dads passed 3 years ago Thursday)
So I’ve tried to keep this as straightforward as possible.

We chose to not really talk about this or tell anyone until now because, well, what’s to tell?
There’s a thing in my brain, we don’t know what that thing is, come worry with us! Yeah no.. that just seemed, idk. Not productive.

I love you all, and I will have Ben update anyone who wishes tomorrow. 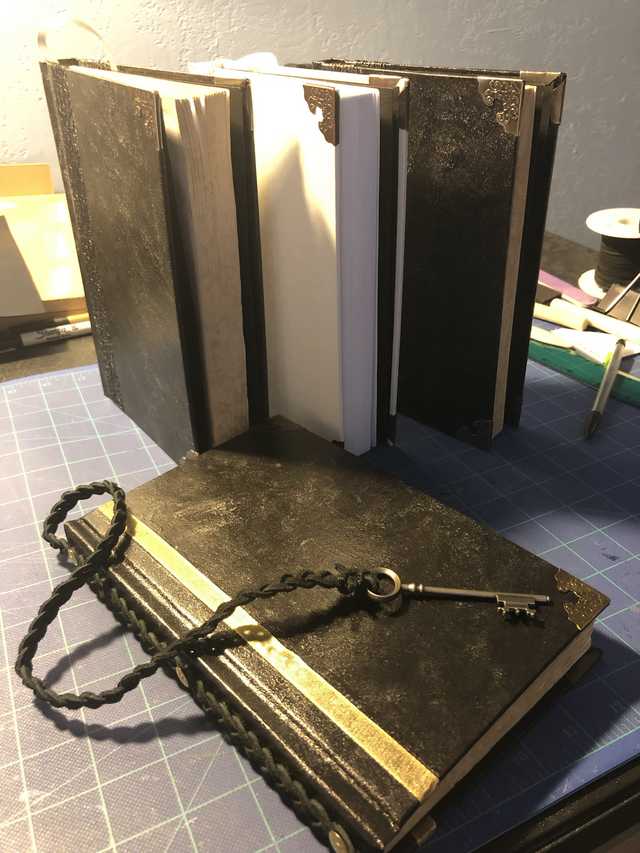 I do plan to sell them soon.

Journal #8925
Rimrook • 3 years ago2018-04-06 09:35:43 UTC • 3 comments
Flying out to California to work on a movie called Tryptic: Journey Through Cancer.
Iâ€™ll be shooting the interviews for the behind the scenes. I wonâ€™t be editing anything, thatâ€™s up to other people. So yeah, gonna be some work. Gonna see a bunch of friends out there as well.

Been lurking around here because I like to see the screenshots thread. Anyway, Super Matt Jordan is beginning to shape up. It's been the toughest thing to develop a game as the software itself is developing. It made for some troubling and practically crippling experiences. Lately, Stencyl released a particularity stable version and I will likely use it to finish things up. My progress still seems minimal, as in I have no scenes or new artwork to show. What I have been working on is all of the underlying systems that essentially run the game's primary features. It's not fun work but it's provided a lot of experience. When all of the systems are set, it'll be fun and easy to work on with everything in its place, kinda like mapping.

For those that have opted into the project, you're still in it. The cast of people hasn't changed in the five years that I've been working on it, so still expect to see yourself when the day comes. Other than that, I'm just working and doing my thing.

So what's everyone else up to lately?

Gonna update you all super quick.
My wife's Grandfather, Grandmother, and Father all passed away within the last year. We've been having a hell of a time settling the estates but it's almost done. We're getting a house, put in a bid yesterday on a nice European style condo. So things are going pretty well on the living side of things. Other than that, Lyssa, Nahmbo, and I are each in good health.

Game dev stuff has been going well. I've been doing commissions for various game features and tech for other people using the same engine. Stuff anywhere from simple scoring systems to full navigation map dynamic cartographer systems. It pays ok and I can live on it.

Super Matt Jordan is still in development, though its super slow, I've been focused on story and base systems. It will be completed eventually, it moves forward a little each day now. There will never be a kickstarter since I'm funding the project myself and releasing it as a Free-to-play.

Sometimes I miss mapping. I don't have the drive to do it anymore as other things are more worth the time. It definitely has been one of my more favorite hobbies. Maybe someday in the distant future.