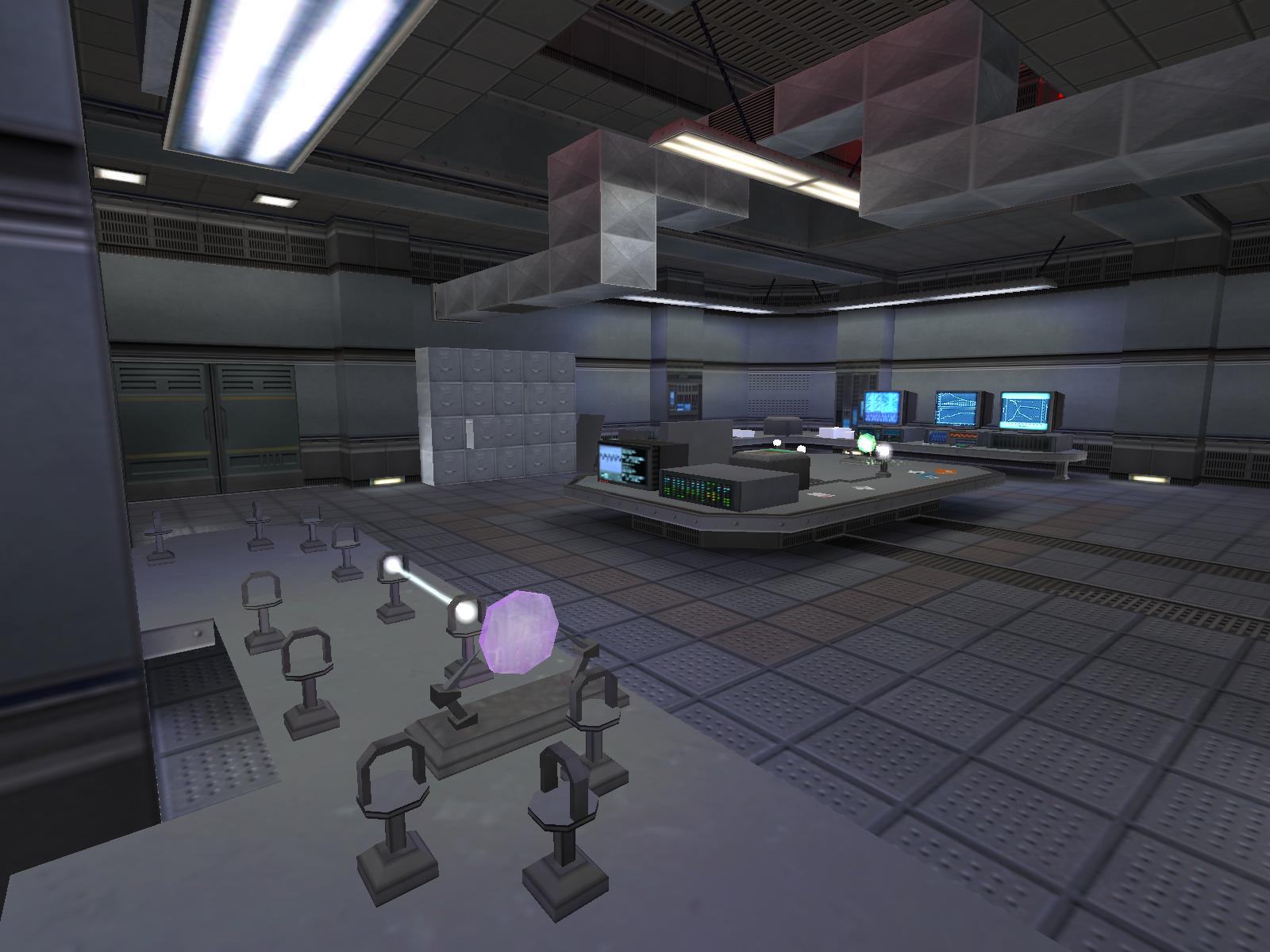 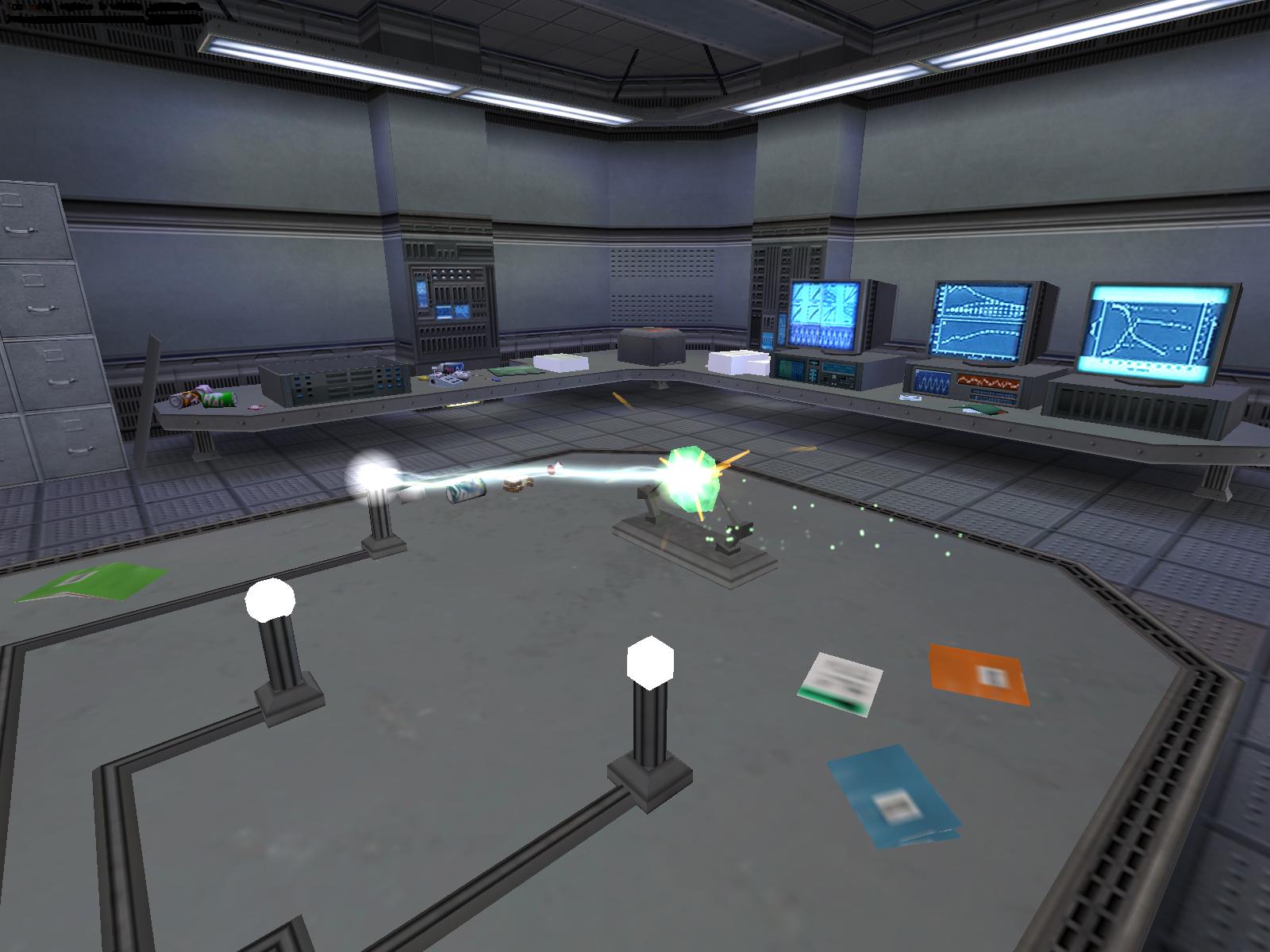 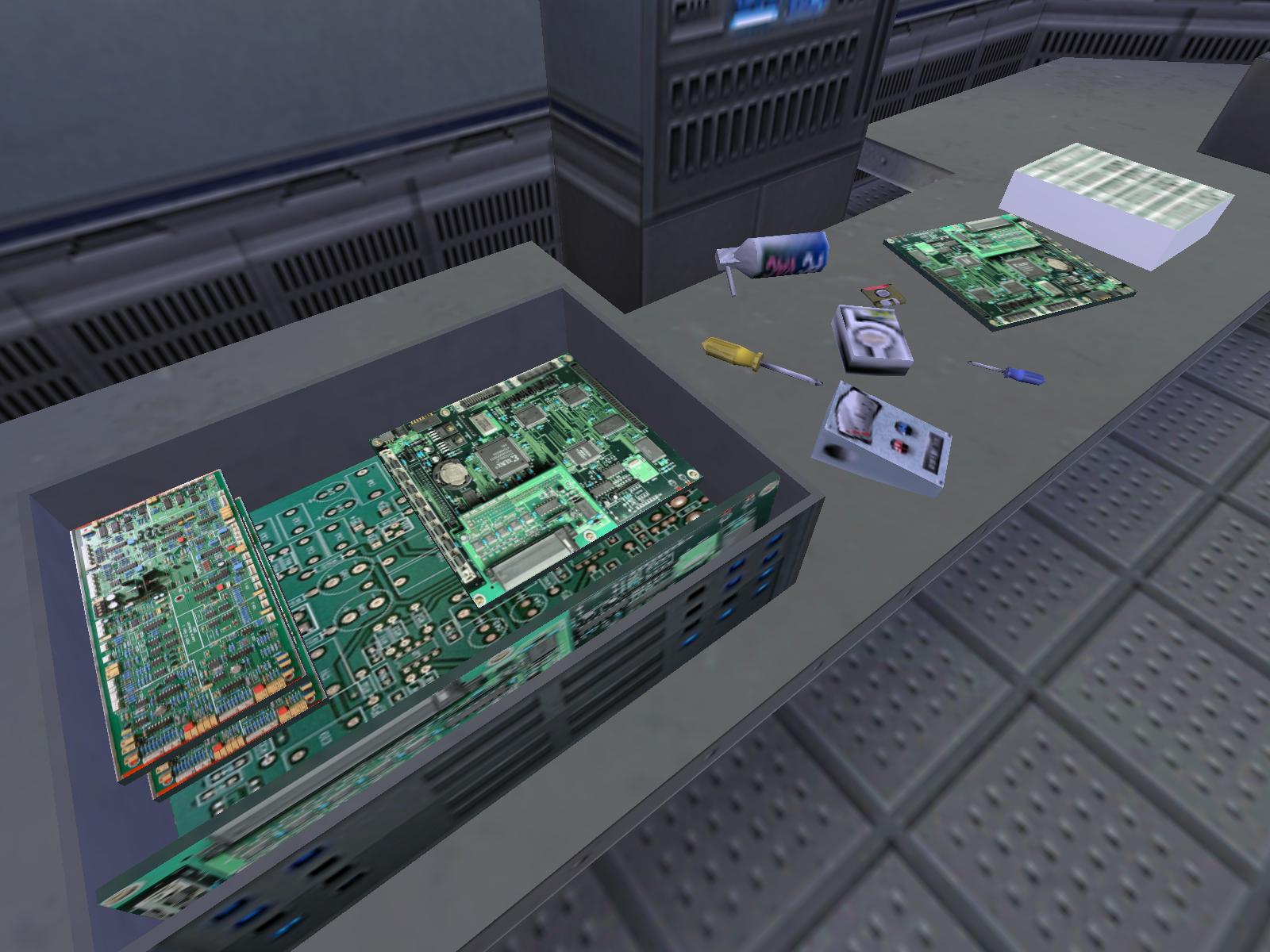 There is some serious entity work in that room.

You continue to be a massive inspiration to me.

I'm going to have to learn to model at this rate. All brushwork.

It's from a Garry's Mod map I've made. gm_lollerskates2.

I'm going to have to learn to model at this rate. All brushwork.

What do you mean ?

What's your map about? How does it look, what features it has?

Archie
Posted 13 years ago2008-11-21 17:44:22 UTC Post #258860
What do I mean?
I mean I spend a ridiculous amount of time making brushwork objects like the aircraft featured in lollerskates2, only to end up with something not-brilliant looking that could be done a lot better as a model.

And lollerskates2 is certainly not short of features.

That's maybe half. It spawned purely from ideas myself, Urbanebula and Livewire had while playing gmod together. I'd add the idea to the map. We'd play it, then think of something else. I'd add it and the process would repeat. It's a very efficient way of mapping, getting instant feedback.

A lot of NPC's were killed.

And when it comes to mapping I also do :

I know I dropped this on the Shoutbox a while back but I'm kinda proud of me. All very much WIP hence the huge button in the 3rd pic.

Wow. I was shocked

...nothing can beat a good oll' Half-Life singleplayer map!

How about a good ol' singleplayer mod?

How about a good ol' singleplayer mod?

Anyway I wanted to say the vents look a little blocky texture wise. Curve some of 'dem bitches

Tell me what you think everyone?

Archie
Posted 13 years ago2008-12-16 20:07:19 UTC Post #260095
it looks great. You've matched the textures and brushwork very nicely, except for in one spot. I recommend making the walls of the hole in front of it a different texture from the floor.

good work, but don't call anything final until after people have had a chance to give you suggestions.

...well...you know...after the terrorists had gone.

Well check this out:

I'm pretty pleased with the animation; let me know what you all think.

Oh, and if you've been on the IRC, you've probably seen this:

srry
Posted 13 years ago2008-12-18 04:20:39 UTC Post #260191
With recoil that significant I can't imagine how it could return to its original position that fast. It probably shouldn't have as much vertical travel, that kind of distracts me.

Those pics are also looking good Guinea Pirate. Looks cozy, I'd live there.

Guinea pirate looks good and i like the detail. is that of a real place you know?

RotorSplint those look amazing and you're doing animations now?! o_O

Zeeba looks good from the thumb--doesn't expand for me--, but looks like it could use more smoothing in some areas.

Definitely adequate animation, though you could give reloading a bit more finesse and power.

Yeah, I'll agree with you on that. I'm only somewhat pleased with the result, but I sort of wanted to turn the animation out quickly so I could get to skinning the weapon. I think there needs to be a little more of a jerk in the weapon overall when the clip is fully inserted and when the slide is kicked forward. It's sort of agrivating, though, when it takes you 3 days to get an animation like this to look half-realistic.

With recoil that significant I can't imagine how it could return to its original position that fast. It probably shouldn't have as much vertical travel, that kind of distracts me.

It looked okay, but now that you've mentioned it, that bothers me too

. I think having the view-kick added into the equation makes that problem more apparent, because in XSI, it looks picture-perfect. Admittedly, the fire animation still feels wrong because the gun swings back to a 'ready' enough position so quickly that if feels like you should be able to fire it faster than the game will allow. I'll probably lengthen the fire animation to give the gun more time to swing around and such.

I didn't want to base the animation on the Desert Eagle from Counter-Strike because I didn't want it to be a clone of that gun. I did, however, base the fire animation's timing on the 357's fire animations somewhat closely, so maybe I need to break farther away from that. I may rework both animations eventually, but for now my next task is to skin the gun.

Thanks for the comments! Expect to hear more from me about this. And yes, Captain Terror, I've been animating for some time now.

is that of a real place you know?

Nope, just thought it up. Though I did draw some design inspiration from de_inferno.

An NS map for a server.

Guinea Pirate
Posted 13 years ago2008-12-21 04:08:09 UTC Post #260379
Another section of my map. This building is still incomplete and unfurnished, but is intended to have an Italian style exterior (stucco, tile roof) and a coastal style interior.

Oh yeah, don't mind the lone lamp, it's stuck in the middle just to light up the place.

And wow, very neat progress there, Hrny. What doesn't seem to come together though is the roof. Those wooden beams outside are way too dense (go for 3x less or so), also, you can't see them inside, which doesn't look too logical. And if it's a tile roof, it has to be somehow diagonal - never go for flat unless it's concrete.

Excellent stuff Hrny. Great to see a CS:S map that isn't a based on cs_ass-salt or de_dust

And wow, very neat progress there, Hrny. What doesn't seem to come together though is the roof. Those wooden beams outside are way too dense (go for 3x less or so), also, you can't see them inside, which doesn't look too logical. And if it's a tile roof, it has to be somehow diagonal - never go for flat unless it's concrete.

I tried an angled roof with that building. Just didn't work. As for the beams, I took some rough measurements from some of the official CS maps. Also, the height of the ceiling is lower than the beams, so you wouldn't be able to see them inside anyway.