Tutorial: How to fix those leaks History
See all pages See all uploads See all categories

In other words: how to become a GoldSrc plumber.

In this tutorial, I'll cover what leaks are, what can cause them, and ultimately, how to fix them.
Before I explain those, I gotta mention a couple of very important things: hulls, the void and playable map space.

Hulls are essentially collections of meshes in your map. There are 4 of them: You cannot see hull1 to 3, but you can touch them. They are meant for collision data.

Playable map space is, in technical terms, all enclosed volumes in the map that contain at least 1 entity. In other words, if you put an info_player_start in a room, that is playable map space. A single, isolated room, without any entities in it, will not get compiled into the map. 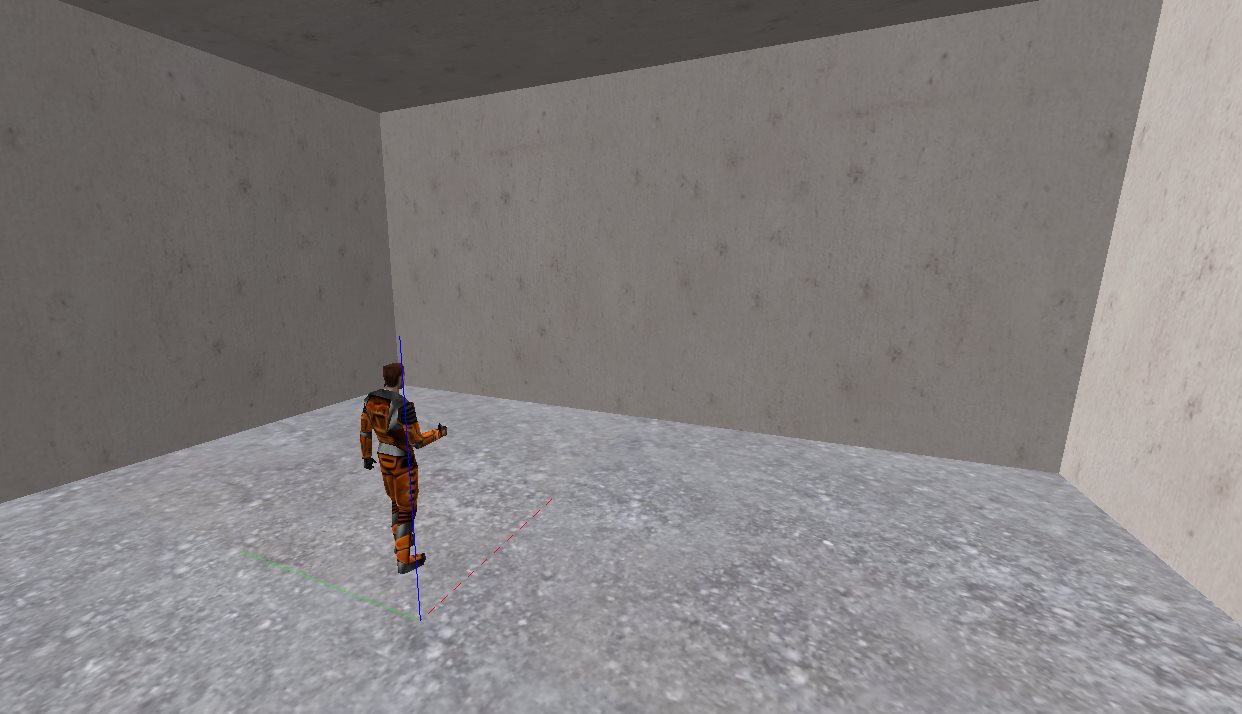 The void is any space that is NOT playable map space. 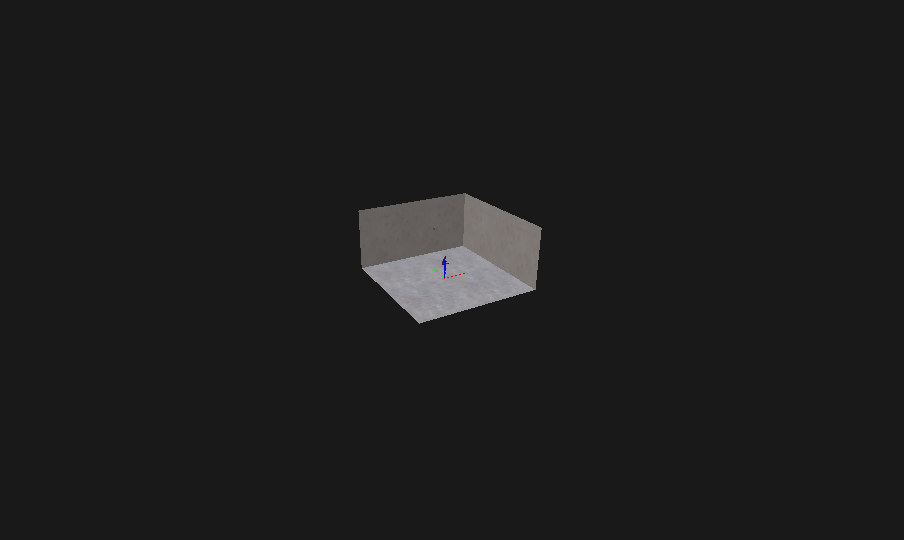 All this darkness and empty space around the room.

So, what are leaks then?
You can think of them as "holes" in a map, that will expose the playable map space to the void.

This is a leak: 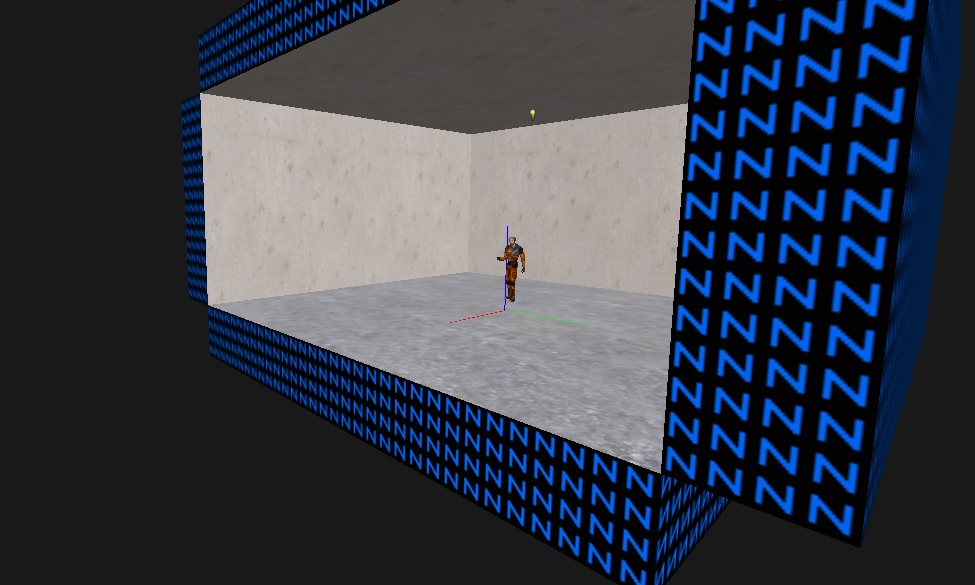 Sometimes, it can be a really small gap in your map. 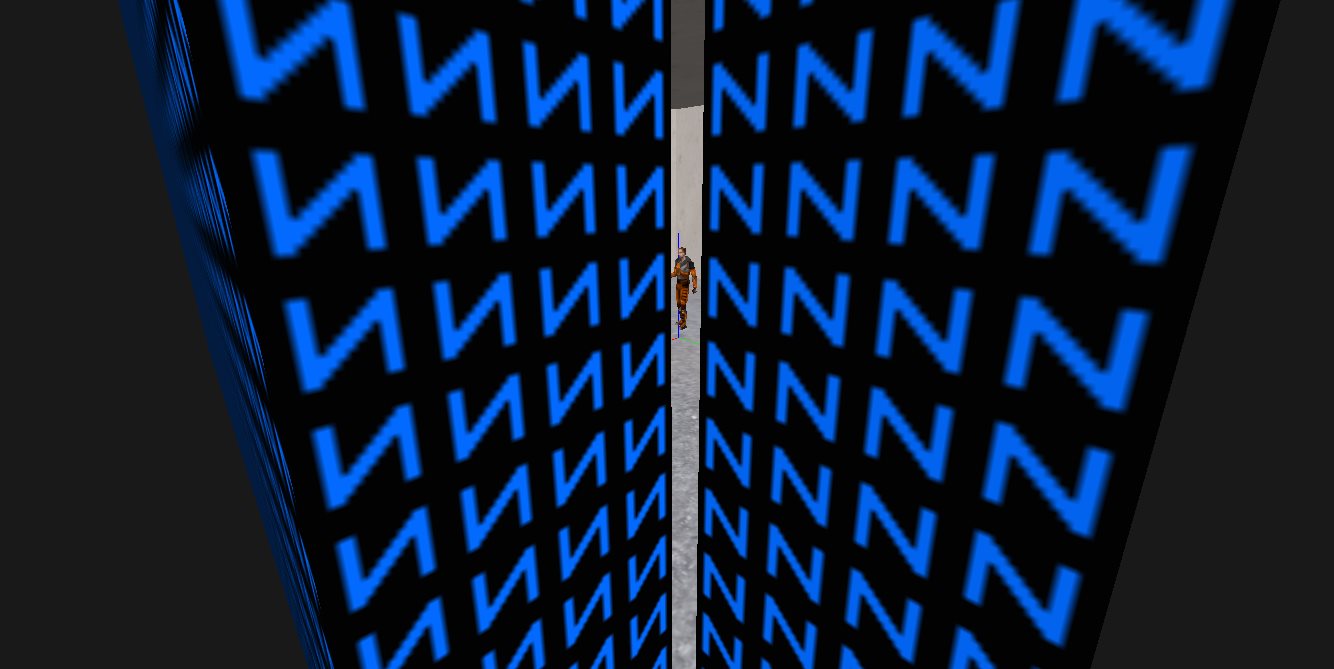 That must be all about leaks. This tutorial is over, right?
NO.

How to identify that there's a leak

Compilers will always tell when a leak is found in the map. Only one leak can be reported at a time, even though your map may have multiple leaks.

If you use J.A.C.K., it may even warn you that the .prt file was not built (which is necessary for HLVIS to work):

In the compile log, under the HLBSP section, you will get a message like this: It will prevent HLVIS and HLRAD from doing their job. The .bsp file will still be compiled, however, it will be fullbright and the entire map will be rendered at once, causing lag.

The given coordinates are from the first entity that "spotted" the leak. It's almost never the leak itself.

Apart from visible gaps (which can be REALLY small), there are many other ways a leak can be made.
Those include:

My personal favourite, the non-planar faces error, will be used as an example here. 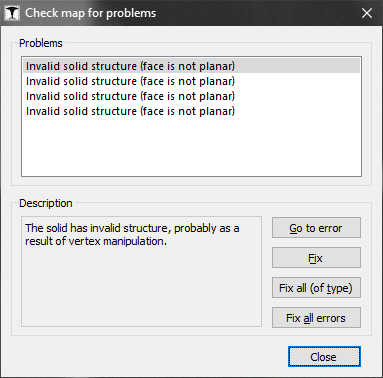 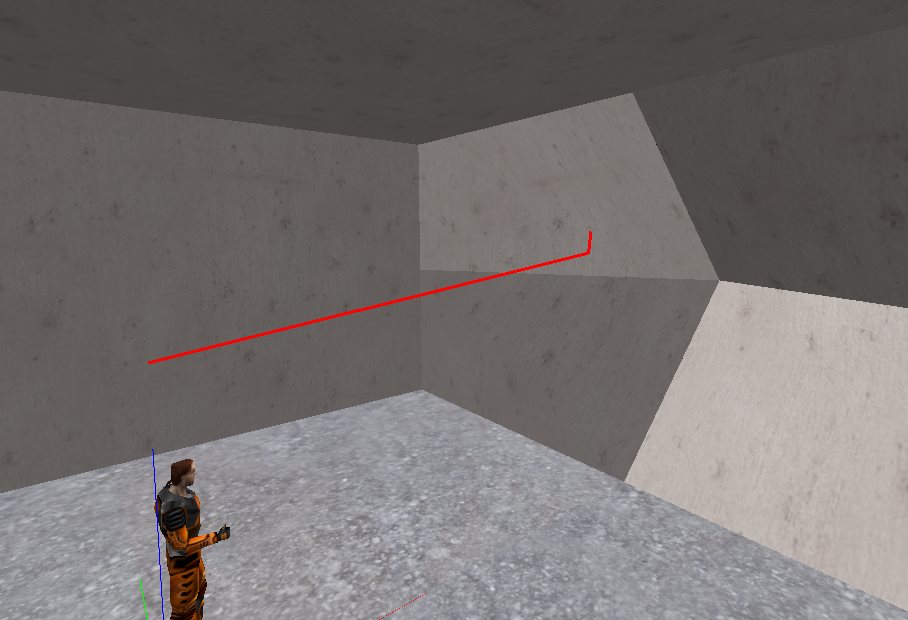 As expected. There is a leak here. This is because the compilers will try to correct these invalid faces. It would be similar to pressing Fix in the "Check map for problems" window. Let's try to simulate that: 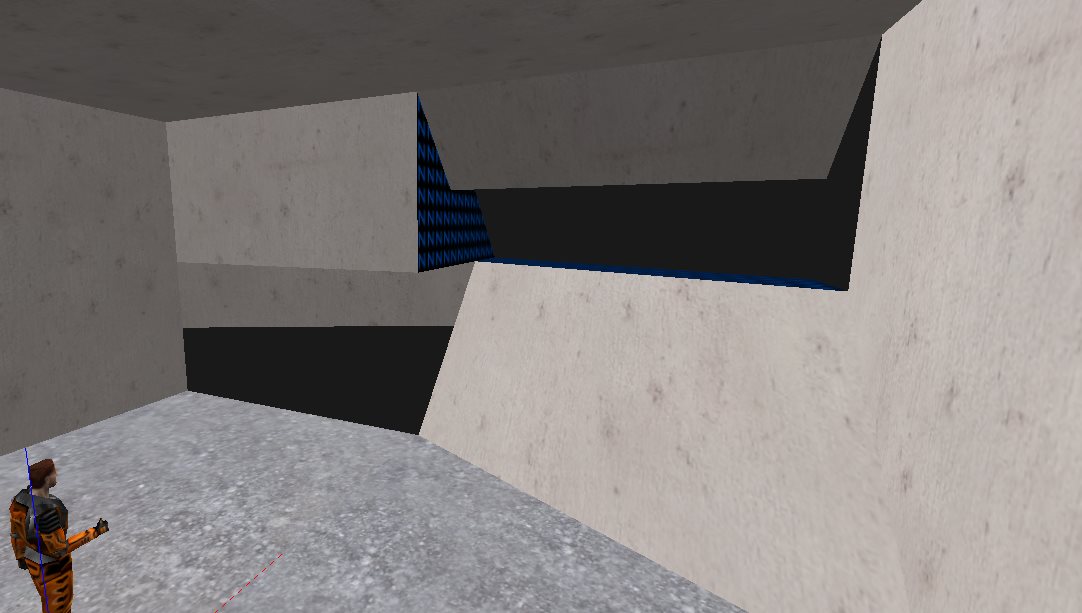 This is basically what compilers will do to those invalid faces, accidentally producing a leak.

Obviously, the solution is to make the brush valid. J.A.C.K.'s auto-triangulation option is very helpful for beginners (Ctrl+Alt+T in the Vertex Manipulation tool), TrenchBroom absolutely cannot produce an error like this, and Hammer... well... you can either flatten the face manually, or use Ctrl+F to split the face into 2 (in the Vertex Manipulation tool, after you've selected 2 non-neighbouring vertices).

Any solid entity will get ignored when the compilers check for leaks. This means, if you converted a wall into a func_wall, you'd get a leak.
Let's actually do that:

This can only end badly. 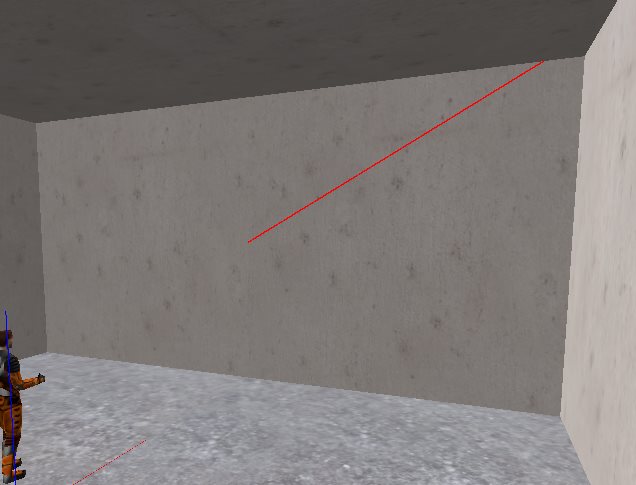 Therefore, I'd recommend you to hide all solid entities while looking for a leak.

Revert the brush to a world brush. Alternatively, if it really needs to be an entity, then place some extra world brushes behind it.

Entities outside the playable map space 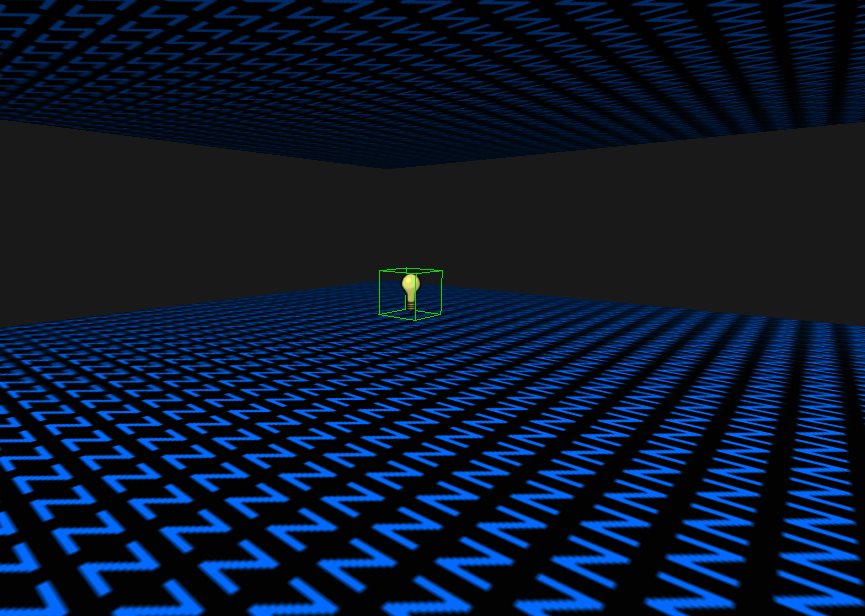 Earlier on, I said that entities define the playable map space. So, if an entity is located in the void, it will automatically cause a leak.
What actually counts is the centre of the entity, i.e. the origin point. So if that happens to be outside of the map, then it's a leak.
If it's inside a brush, it's not a leak.

Just move them back into the map.

I said the origin point is what counts. What I'm about to say is gonna apply only to entities that require the origin brush.

This means, if your brush entity goes outside of the map, but its origin is inside the map, it won't make a leak.
To demonstrate this, I'll have a room with an empty middle space: 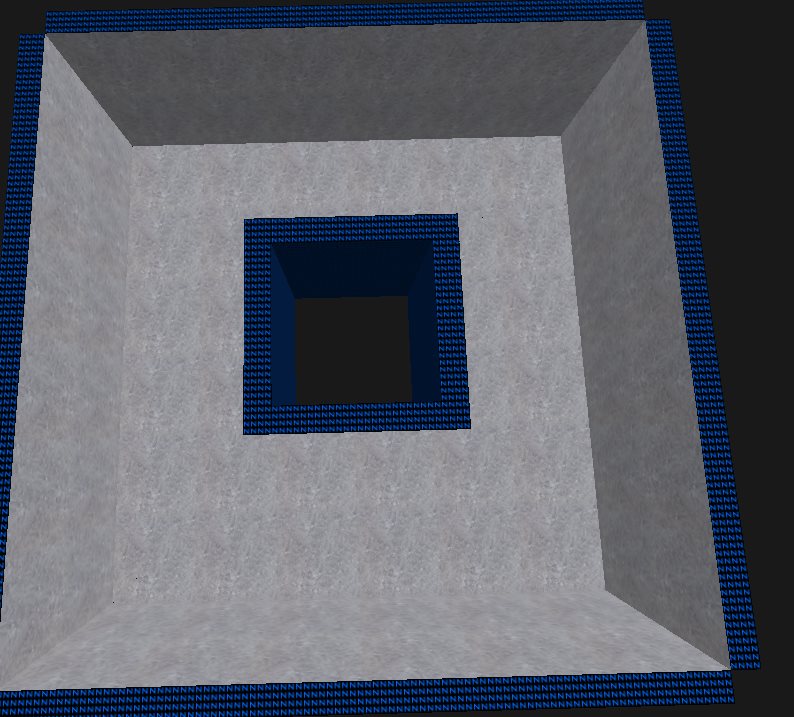 And let's put some crates in the corners. 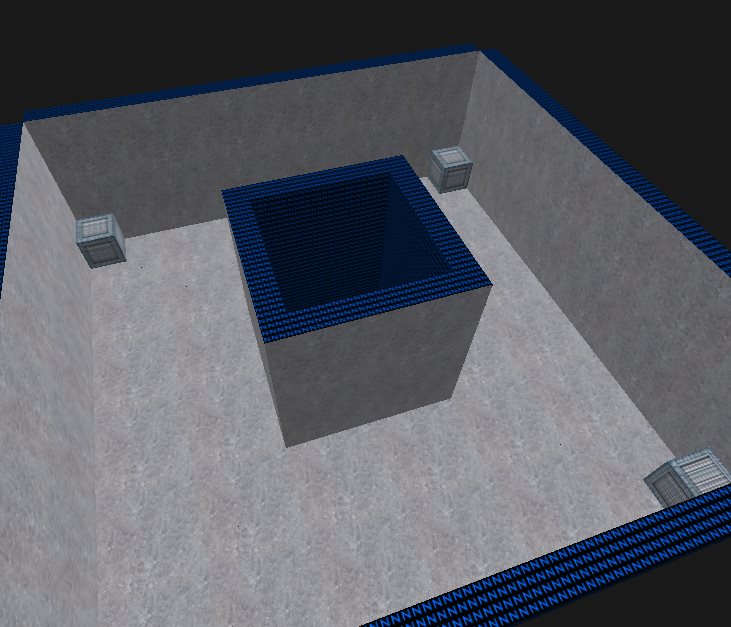 They will all be tied to a single func_wall for this specific demonstration. 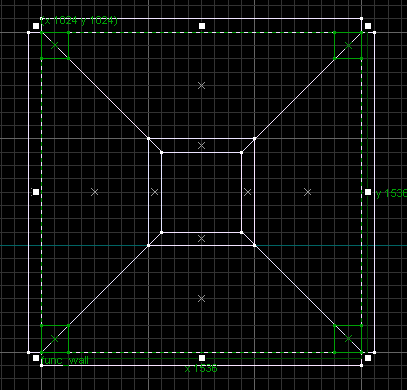 Essentially, the centre of this entity will be the middle of the image.

However, it's not gonna leak. It's one of those entities that do not require an origin brush. However, if we added one anyway: 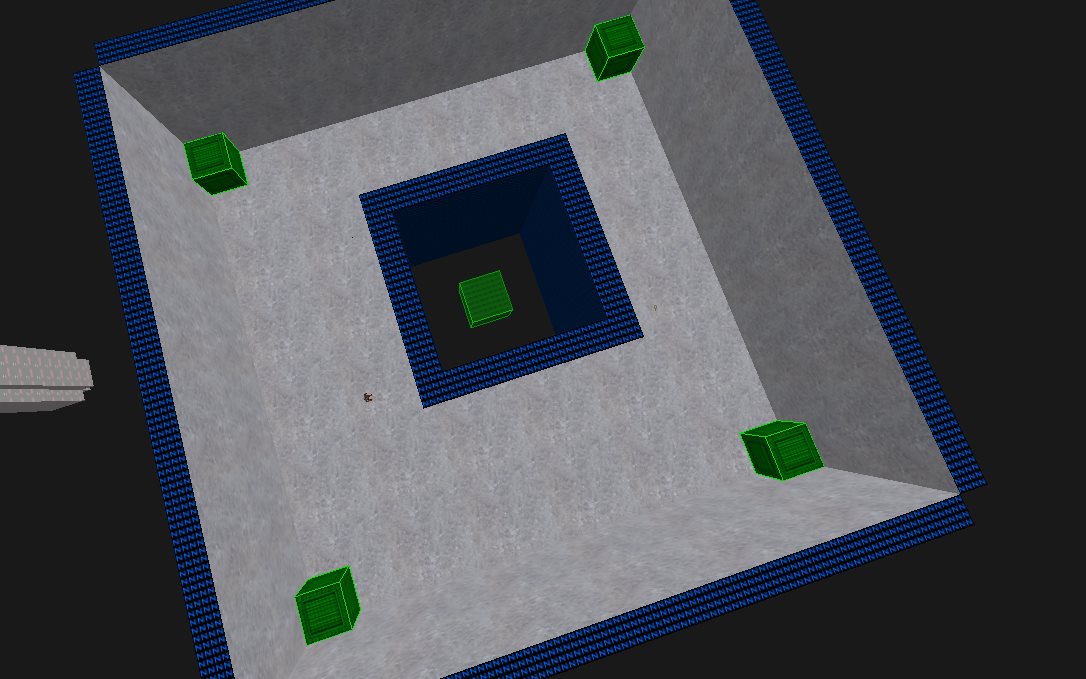 Then it'd leak. A way of solving this exact problem would be to put a NULL brush around the origin, as long as the origin ends up inside of said brush. Another way would be, of course, to just move the origin brush elsewhere (however, that will affect things like trains, doors etc., so be careful).

This is a very obscure one, I must admit, but it's still very possible and can only be done manually/intentionally. 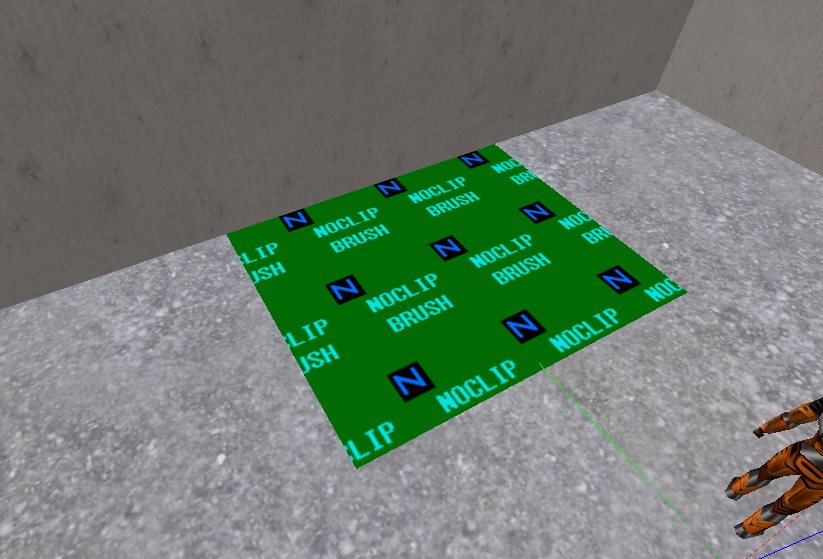 Suppose we have a brush textured entirely with NOCLIP and it's cut into the floor.

So far, we've only been getting leaks in hull 0, but this one will make it leak in the other 3 hulls!
HLVIS and HLRAD should be allowed to do their job (they still fail, it's like a safety mechanism), but that means if you stepped on that brush, you'd fall through the floor, since there's a hole in the collision hull for it.

How to use this to your advantage 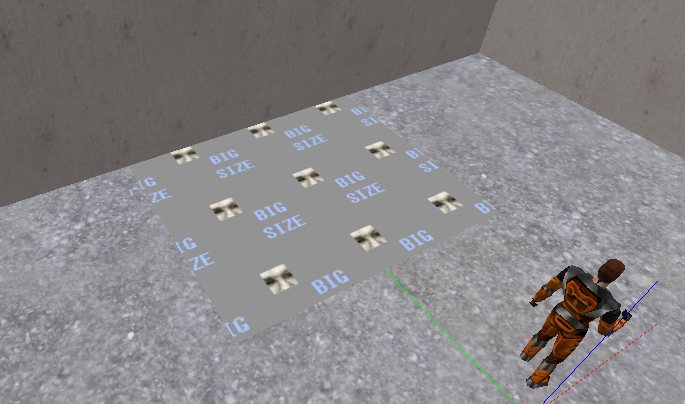 Now, let's do something different with cliphull3. We'll make a pit out of it. 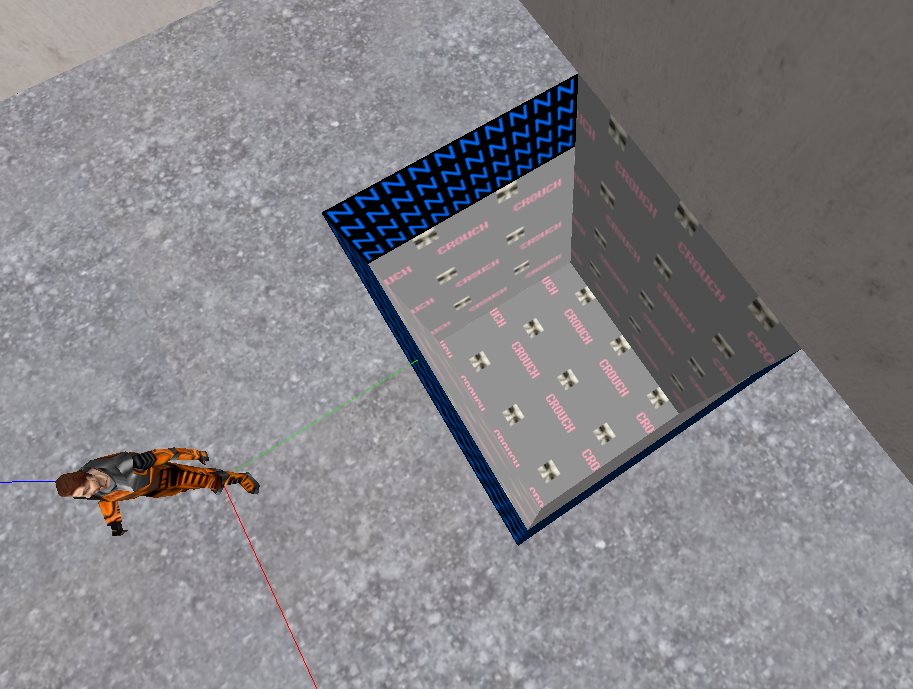 If we compile the map, it should compile without any leaks. Now walk to the spot with cliphull1, and crouch. You'll fall through it when you crouch, and land right into the void, or to be exact, where the pit ends. You may also notice that you cannot stand up once you're on cliphull3-only ground.

While this effect here is not particularly useful for most general cases, it shows how you can use leaks to your advantage, to fool the compilers. Can be useful if you're working on a really trippy-themed mod.

The pointfile, recognising the type of leak

Earlier in the tutorial, I showed this screenshot:

You should always press No if this happens. J.A.C.K. will then load a pointfile, which will draw an initially red line, starting from the place where the leak was found. The line will become more blue towards its end.

Pointfiles are fairly precise and they always pick the shortest path to the leak: 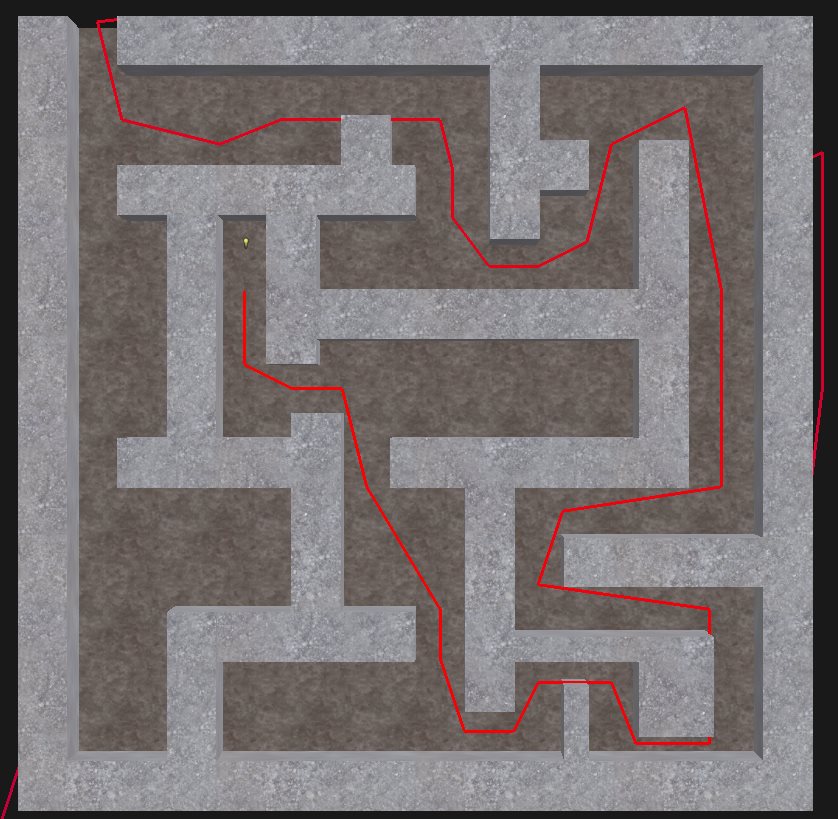 If it's going through a solid, world brush, then there's a problem with that brush, it might be invalid.
If it starts on the outside of the map, that means you have an entity outside of the map.
If it goes through an entity, that's normal. But sometimes it might mean that there's nothing behind your entity to seal the map from the void.

A lot of beginner mappers complain that the pointfile is too confusing and doesn't show them anything. You just need to know how to follow it properly. Start from the most red spot (which might be near the reported coordinates), and slowly follow along, until you find a gap, or an invalid brush, and so on.

How to avoid leaks, and how not to fix them

There are a few guidelines to avoid producing leaks.

Always place entities inside the map. This one needs no explanation, really.

Now, perhaps one of the most important things in this tutorial, DO NOT, I repeat:
DO NOT PUT A HOLLOW BOX AROUND YOUR MAP to fix the leak.
Because if you do that, it'll bite you later on when you start doing big maps. Your maps will have a sudden increase in filesize, they will take much longer to compile, they will also lag more due to more faces being rendered at once, also, you will hit the map limits sooner.

Generally, leaks don't deserve this much attention. But, leaks are still one of the biggest obstacles for beginner mappers. A lot of people can just say "Open the pointfile and find the leak", meh, that doesn't really mean much if the user asking for help doesn't know how to follow the actual pointfile. They should get to know quite a bit about leaks, and how to fight them, which is why I wrote this tutorial.

As you grow older, I mean, more experienced, you'll generally have learnt how to make maps without producing any leaks.