Note: this tutorial assumes you already know how to make detail textures, set up _detail.txt files and such. In case you don't, refer to this tutorial.

You've probably once found yourself in a situation like this:
You have a low-res (say 64x64) WAD texture, and want to apply a high-res (say 512x512) detail texture that is basically the original WAD texture, but in a higher resolution. Some of you are doing this in order to save on AllocBlock, others are probably making HD textures for existing maps, and some of you probably just wanna experiment. You've all come to the right place. 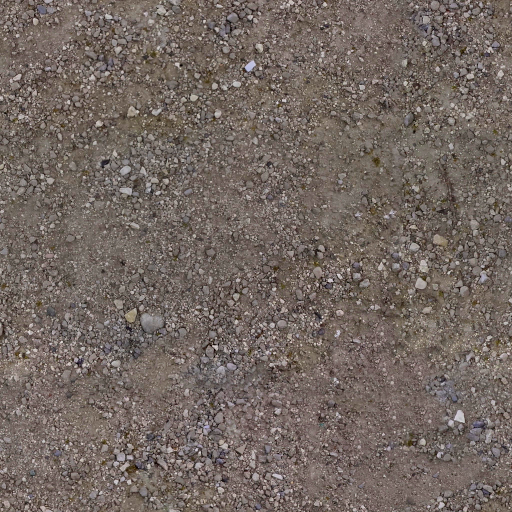 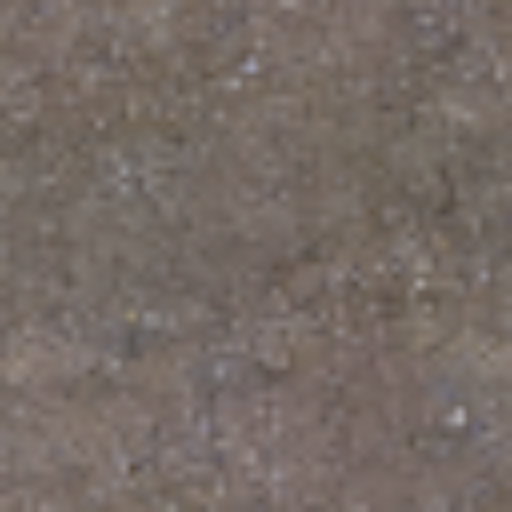 If you used the original texture as the detail texture, with no changes, you'd get this in-game: 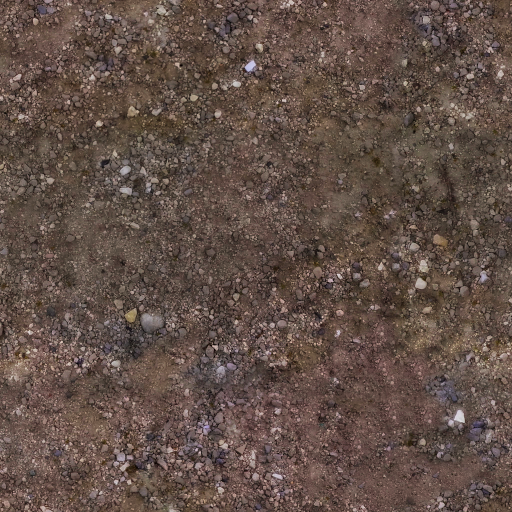 It looks detailed, but the colours are now messed up. "Aha", you say, "I can just desaturate the detail texture!"
At first glance, that sounds like a good workaround until you actually try it out: 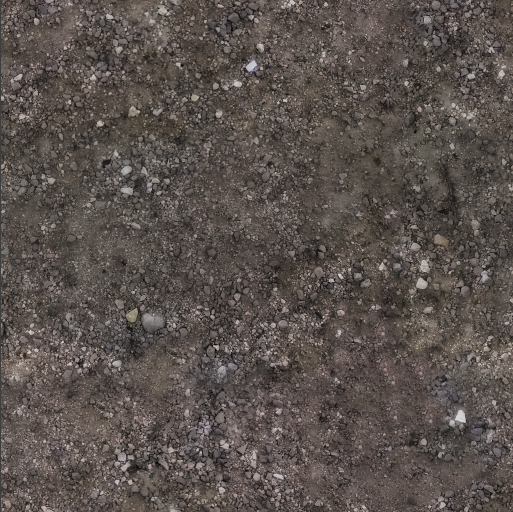 Yay, now the colours are alright, but it still looks bad and quite different than the original.

So, how do we do this properly?

1. Begin by grabbing both the original texture and the low-res texture, as top & bottom layers respectively. 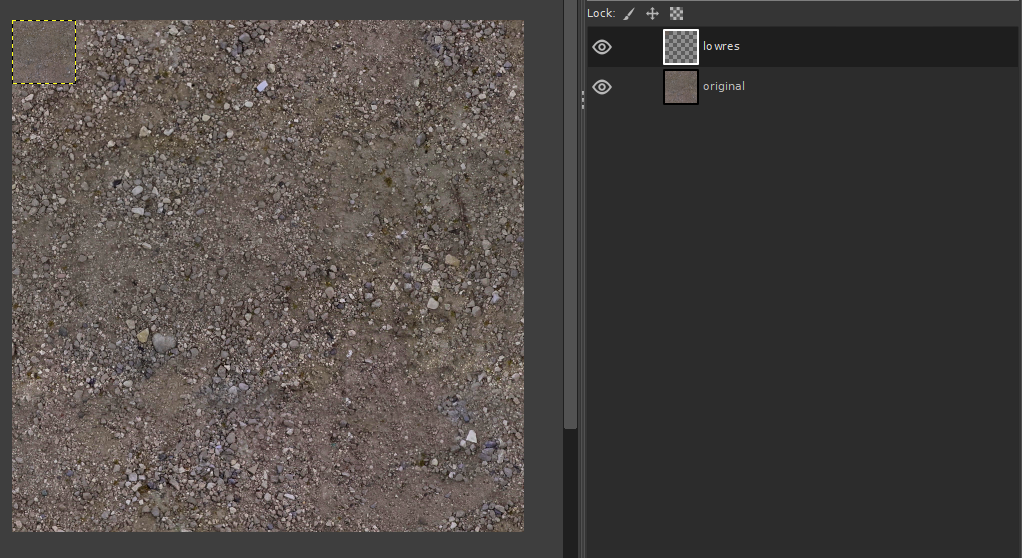 In this image, it's accidentally in reverse order - original should be top, lowres should be bottom
2. Resize the "lowres" layer to be the same size as your "original" layer, using linear interpolation. (this is quite important, since most HL players use gl_texturemode GL_LINEAR_MIPMAP_LINEAR)
Then center it. 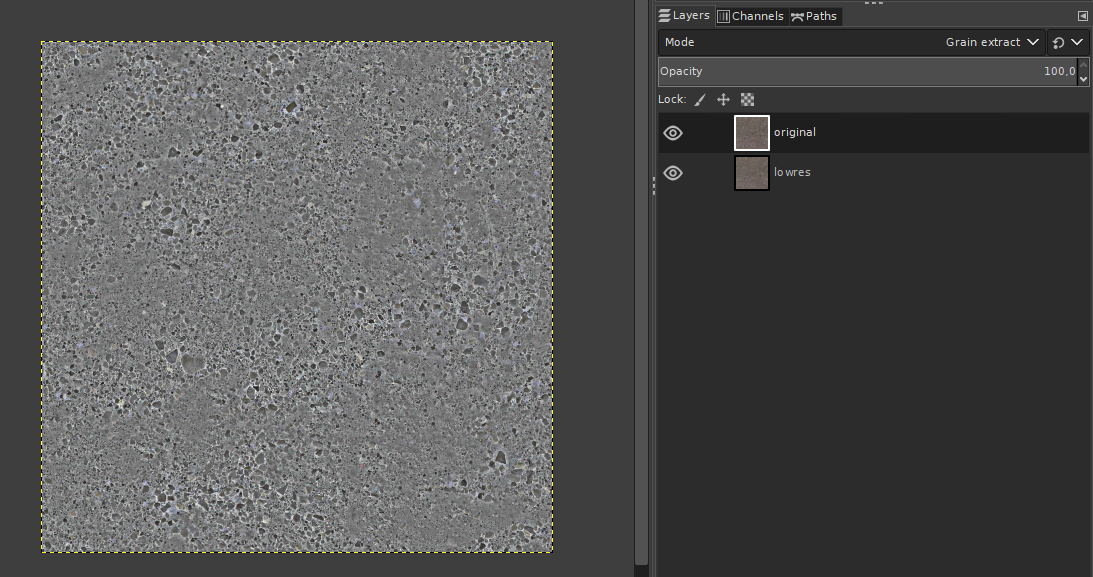 4. Create a new layer from visible, and disable the original layer: 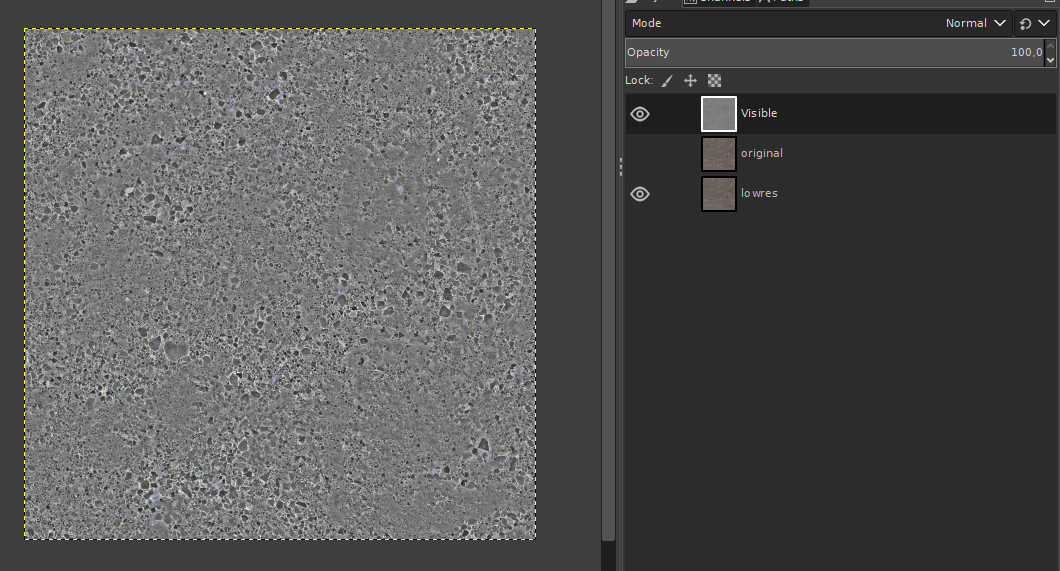 5. Invert the colour of this new layer: 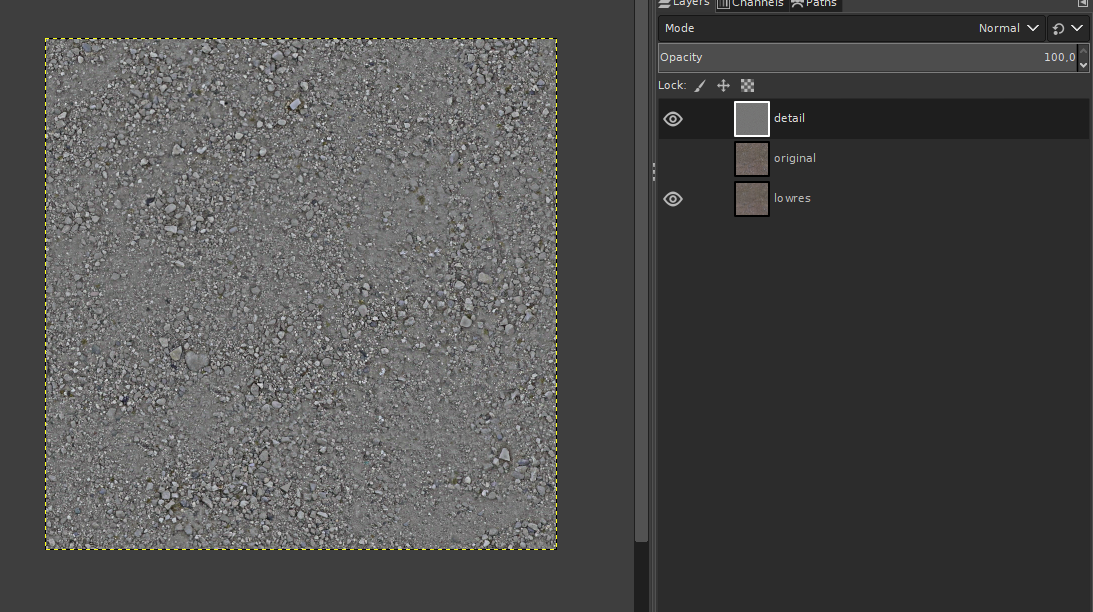 6. Optionally, to "simulate" in the image editor how this would look in-game, set the detail layer's blending mode to "Overlay". 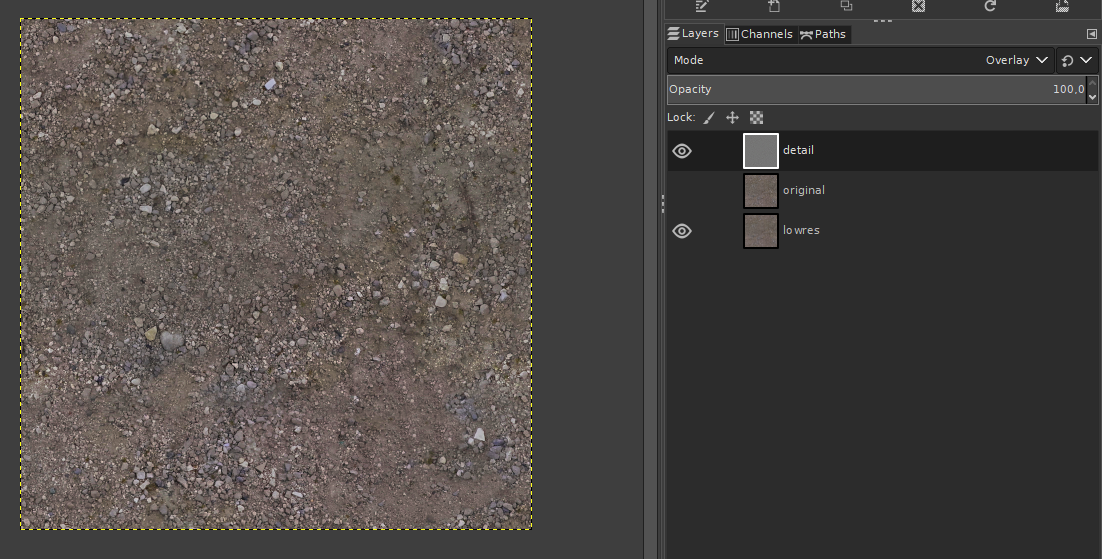 And that's it. The title of the tutorial says it's almost correct because there is still some difference between the original texture and the resulting detail+diffuse texture, but it's very subtle. 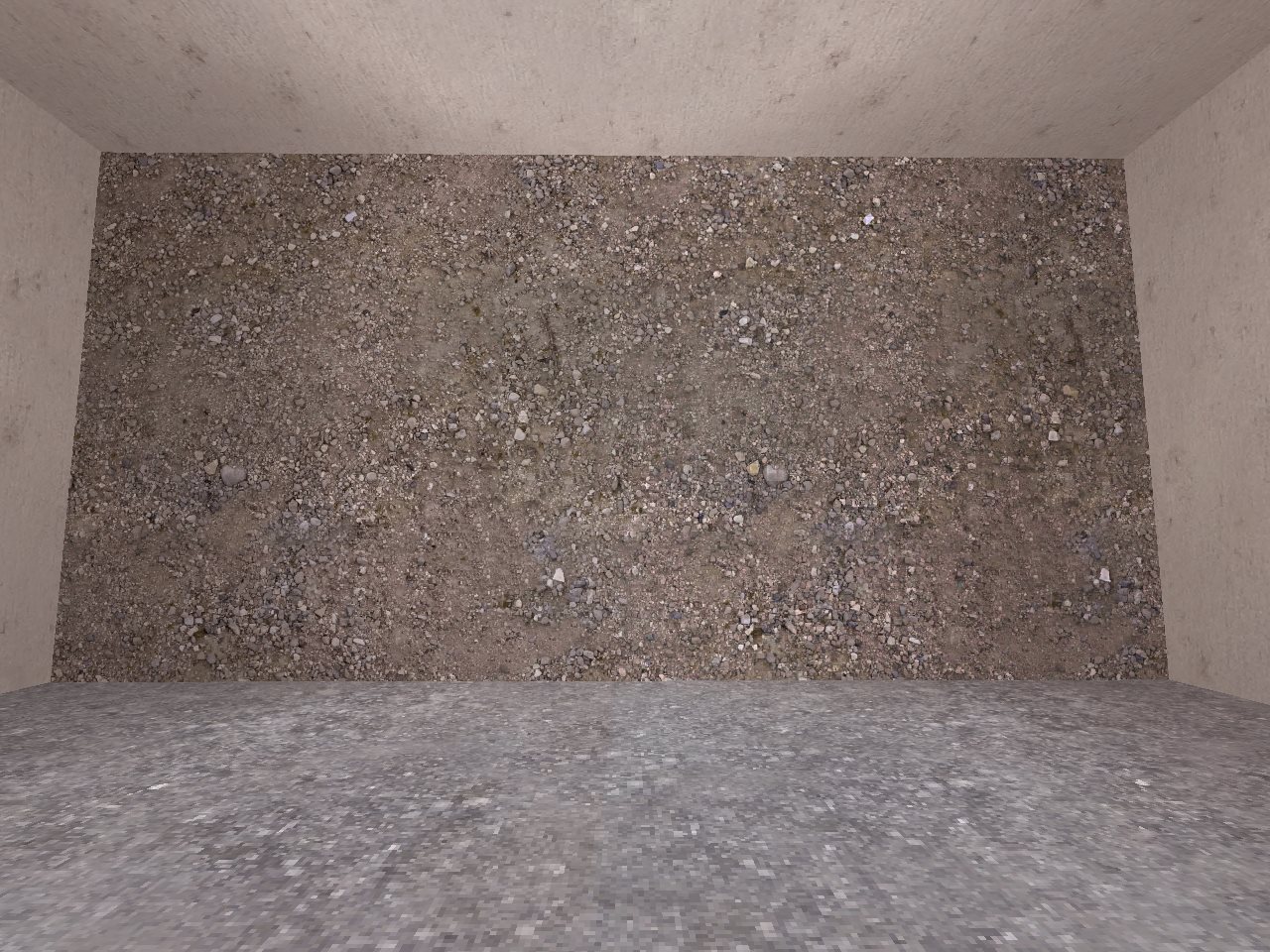 Can you guess which is which?
Here's that same wall, but in the map editor: 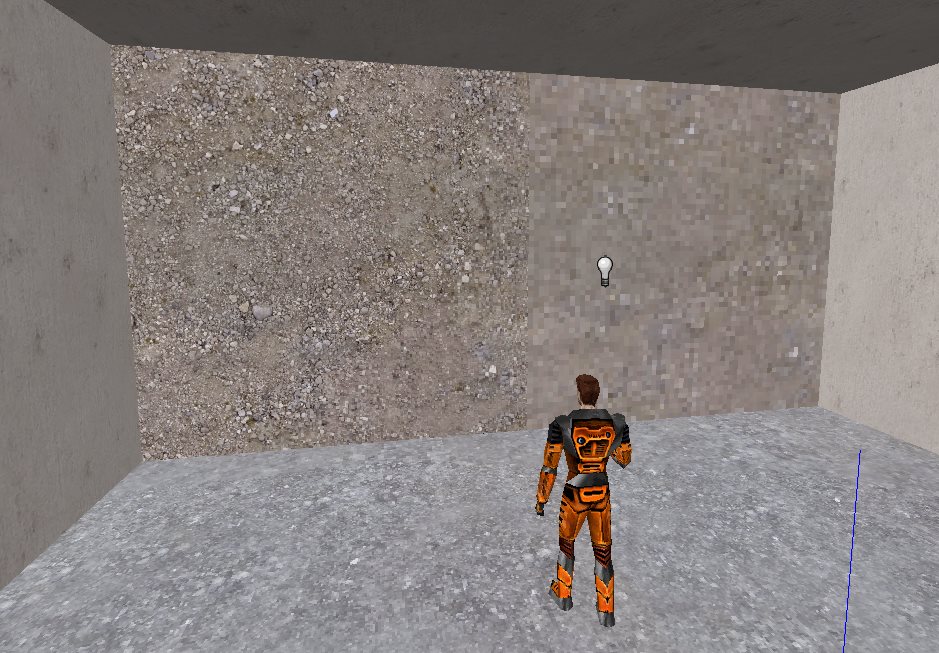 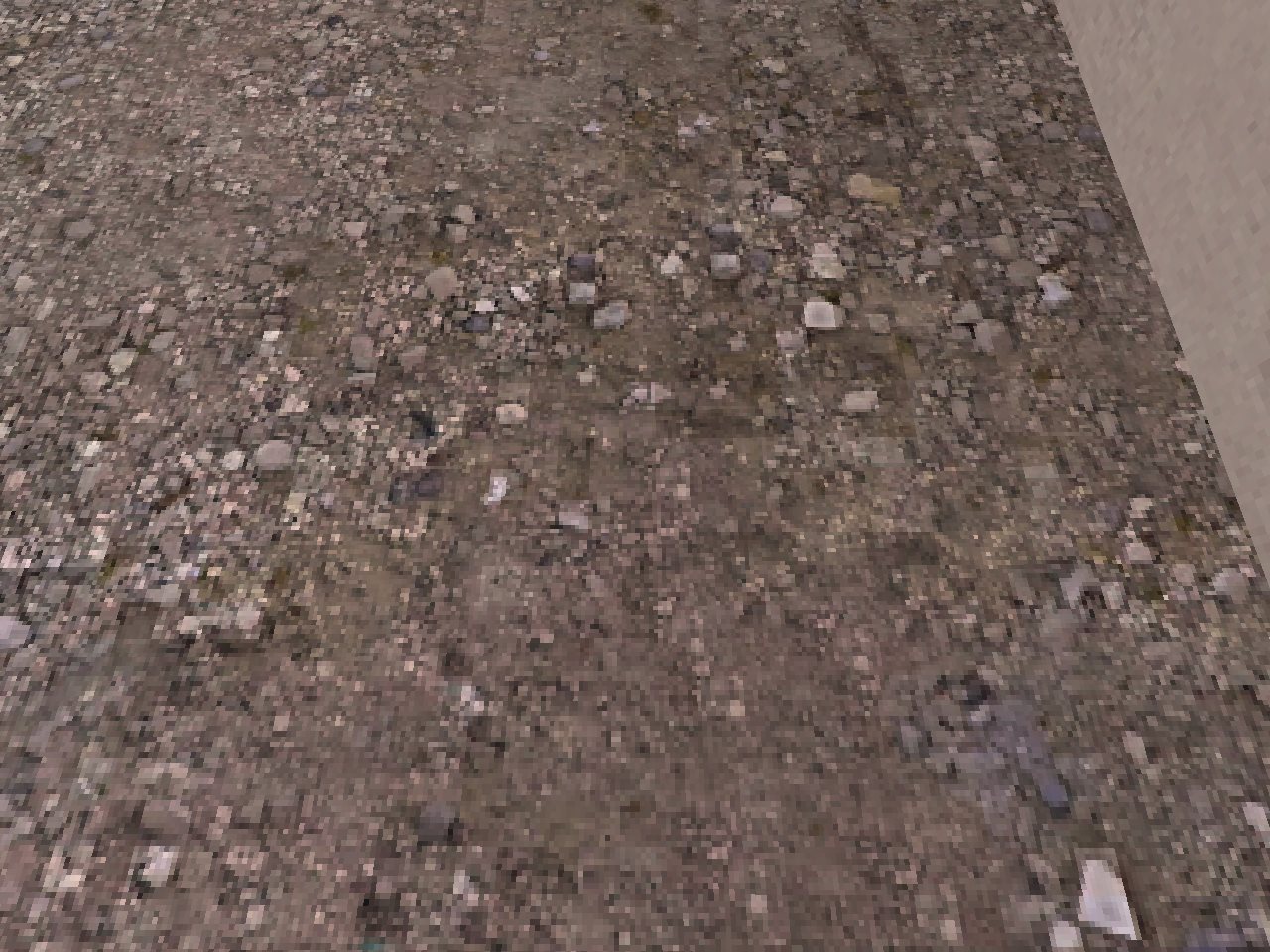 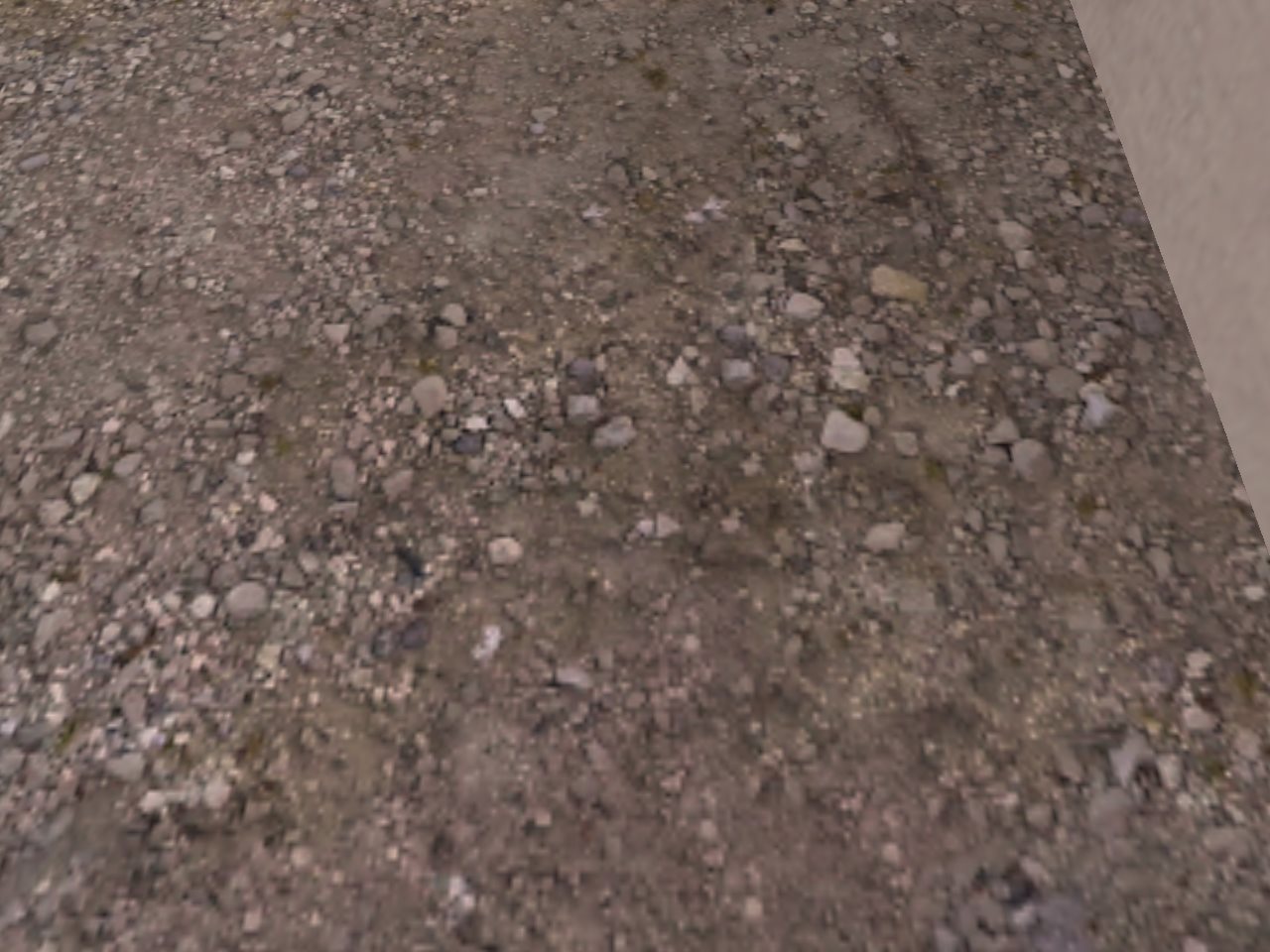 GL_LINEAR_MIPMAP_LINEAR; linear interpolation
If you want to cater to the "nearest" audience, then you can use nearest/no interpolation when resizing the low-res texture.