Realistic steam is really quite easy to make, its a wonder its not in more levels. 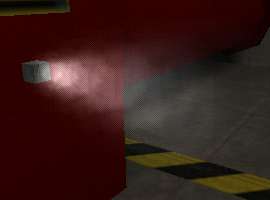 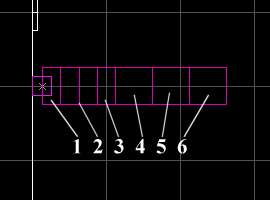 To begin, place a number of env_sprite entities in a line - the exact number and orientation of the line is up to you. In the above picture, i've placed 6 env_sprites in a row, as shown in the second picture. You'll notice that, in this example, the first three env_sprites are spaced closer together than the last three. This is due to the sprites being scaled differently - more on this later.

sprites/xsmoke1.spr
First thing first, let's setup the basic steam sprite. Create the env_sprite entity, select it, and press Alt+Enter to bring up its properties. Set the Render Mode (rendermode) to Additive (5). Set the FX Amount (renderamt) to something low, like 80 (this makes it transparent, giving it about a 31% (80/255) solidity). Set the Sprite Name (model) to sprites/xsmoke1.spr (shown above).

Before you go further, you need to decide whether this... uh... stream of steam

Ok, now we're ready to copy the env_sprite we've just created a few times and make a line of steam puffs. Place them fairly close together so they overlap a bit. As I mentioned in the beginning, you'll want to change the scale of the sprites (by setting the Scale property of the env_sprite). The first sprite should be scaled smaller and each sprite should get progressively bigger.

The last thing you'll want to do is progressively lower the FX Amount (renderamt) of each env_sprite so it fades at the far end of the steam burst. In the example picture at the beginning, the last env_sprite has an FX Amount of 16 (6% solidity).

Oops, I lied. Ok, NOW the last thing you'll want to do is change the Framerate setting of each env_sprite. If they're all using the same framerate, all the puffs will look identical and the steam effect won't have the nice randomness that makes it look good. In the example map, the six sprites have framerates of 10, 14, 18, 22, 26, and 30. For your own use, you'll want to adjust the framerates until you have something you like. Ok, that is it.

There are a few twists you can use. If you want the steam to shoot out rather than just turn on, you can give each env_sprite a different name then use a multi_manager to trigger them with a fraction of a second pause between each. One thing to keep in mind, if you are going to use a multi_manager that triggers itself, make sure you put a check next to Multithreaded in the multi_manager Flags properties.