Dimbeak
Commented 7 months ago2020-05-21 23:33:45 UTC in journal: Gaduation? Gradumacation?! Graduation! Comment #102737
Nothing wrong with that, seems to be a fairly popular story with college attendants. Having a degree is a hell of a lot better than no degree.

Dimbeak
Commented 9 months ago2020-04-03 13:21:50 UTC in journal: I modded my robovac Comment #102628
Damn Arch, just imagining the hours of tedious motion tracking and keyframing and it makes me realize just what an existential threat boredom can be.

That being said, my daily routine tends to be nothing short of mapping, fucking around in the house, playing D&D with friends and going for a 100% completion playthrough of every Final Fantasy.

Architecture was really great. Map was very vertical with lots of places for jumping around. Weapon placement could use some tweaking, though, I feel like it's hard to get my hands on a decent arsenal.

It had a lot of really cool little touches like the crystals doing a color correction effect and the chains swinging in the breeze. Definitely a map I'd like to see in circulation whenever we do HLDM.

Only problem I would say is that the map is a little T-sided, since the middle area is so complicated and T's can easily dominate it to flank both sites. It was also a little unclear where the bomb sites were at first. Otherwise a really good map, feels like it could've been part of the official map pool for CS 1.6. 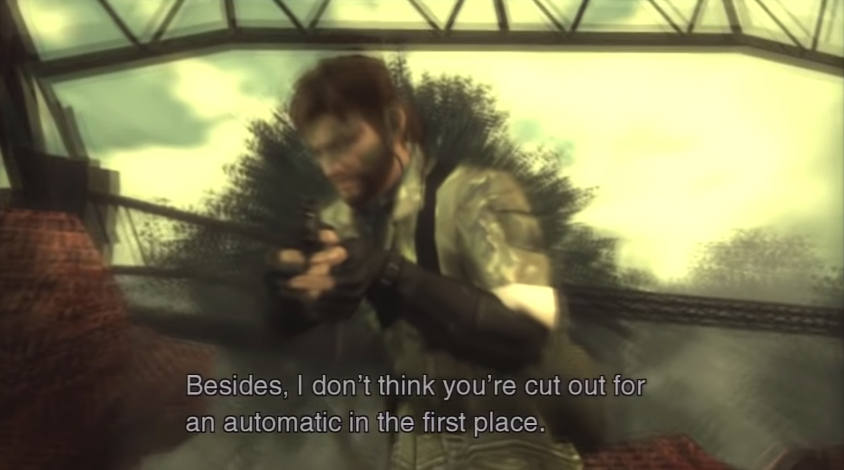 Dimbeak
Commented 1 year ago2019-06-21 18:18:31 UTC in journal: My princess, Ivory-Rose - UPDATED July 11th Comment #102109
make sure to get her chakras in line, that third eye isn't gonna open by itself. make sure she doesn't breathe too much outside, chemtrails out there. keep her away from anything electric, as the electrical impulses might rewire her heartsoul. also, start her on a weightlifting program. i'd recommending Starting Strength 3x5, make her into a strong warrior.
This comment was made on an article that has been deleted.

Commented 1 year ago2019-04-18 03:17:38 UTC in vault item: Metropolice Outpost Comment #101956
The level design is great. Everything looks and sounds great, and I love it conceptually. The difficulty is just a major turn-off, I've always got too little ammo for too few guns on too low health. Didn't finish this map even though it deserved to be finished just because of how anti-player this gameplay was. I'd love to see this map edited to let the player start with more weapons/armor, anything just to even the odds against the enemies.

Dimbeak
Commented 1 year ago2019-04-10 12:39:32 UTC in journal: optional objectives Comment #101946
this would definitely be doable in goldsource if you wanted to.
This comment was made on an article that has been deleted.

Dimbeak
Commented 1 year ago2019-04-02 16:08:35 UTC in journal: optional objectives Comment #101938
I've actually had an idea for a mod like this. Basically it would be a bunch of interconnected maps that basically act as a freeform open world, with objectives throughout that can be approached from multiple directions.

Dimbeak
Commented 1 year ago2019-03-10 15:39:43 UTC in journal: New EP, 3 tracks Comment #101883
Idk, I guess Spotify-linked vids can't play in Romania for some reason. I remember I've had this problem with some Canadian videos, I guess you have to listen to it on Spotify. or bandcamp works, too.

Here's hoping you can make it to last year, pretty sure that'd be setting some records in terms of age

@NineTnine
Alright, I'mma keep it real with you Nine. There's no ska, and I'm not the one who put that on the basement grindhouse bandcamp. It's a sickening marketing ploy being used by corporate hacks to bring in listeners.

It's based on a true story, my friend

I once worked on something similar to this. If you ripped and scaled down some textures from Fallout (I've found texture packs for it before) you could make this look amazing.

Dimbeak
Commented 2 years ago2018-06-25 04:30:33 UTC in journal: History Repeating Itself Comment #101306
Crollo, I think it's fun. And I think it's important to understand the perspectives of everyone you disagree with, it's constructive.

Dimbeak
Commented 2 years ago2018-06-24 18:03:58 UTC in journal: History Repeating Itself Comment #101304
At what point do you draw the line? When it's your family?
Genuinely, I don't see what's so controversial about my stance. I've agreed that the legal immigration process needs to be reformed so we can meet demand. We need to know who these people are before we let them into the country.

But until the immigration process is reformed, nobody is entitled to enter the country without following our rules.

Defending their separation because they aren't American children.
American children get separated from their parents all the time. When a parent commits a crime and goes to jail, what do you think we just let the child piss off in the streets or something?

Trump signing an order due to public pressure rather than it maybe being an extremely fucked up thing to do
Another big problem I have with Trump, he does cave to public pressure often. I don't think there's a single person on the planet Trump hasn't pissed off with some of his ideas before.

Trump and his rich white old men openly dislike homosexuals
Maybe Pence does, but Trump himself openly supports gay marriage. Even if you think it's just for show, as long as he isn't actively creating policies that target the LGBT community then I don't see the issue.

are openly sexist
Is this another 'grab 'em by the pussy' thing or have I missed something? Honestly, gimme a citation.

have ACTIVELY DEFENDED NEO NAZIS
People like to take Trump's "there are some very fine people there" comment and bend it all sorts of ways. The thing is, there were a percentage of people there for the "Unite the Right" event who didn't come expecting a majority of neonazis. The neonazis used underhanded marketing tactics to increase their numbers, and there were some very fine people among them.

/ is it just when they actually start murdering people that you'll say "oh wait maybe it's too far"?/
No, they've gone too far when they start putting people in jails when they haven't even committed a crime, or when the punishment for said crime becomes unfair or unusually cruel. The system for arresting illegal immigrants and deporting them is fine, but the system for accepting legal immigrants isn't yet.

I know you've got questionable views because you stood outside a university and wore a diaper because...
because FREEDOM!

Dim, I know you're right wing
Since when? I'm a liberal my man, just not a progressive.