The day started off as usual. It was an early Wednesday morning and I arrived to the Southern Camp in Mostar. We basically have classrooms on 3 separate locations, and each is specialised for some kinds of classes, e.g. Practical class. Nothing was really special on Practical class today, as my classmate and I were testing out the new prototyping boards and soldering some capacitors on them. We completed all the lessons, so the professor decided to give us something to do, that's why we were soldering instead of assembling a circuit.

And then that class ended. We were about to have History class. But then, someone launched Mario Forever on the professor's laptop: 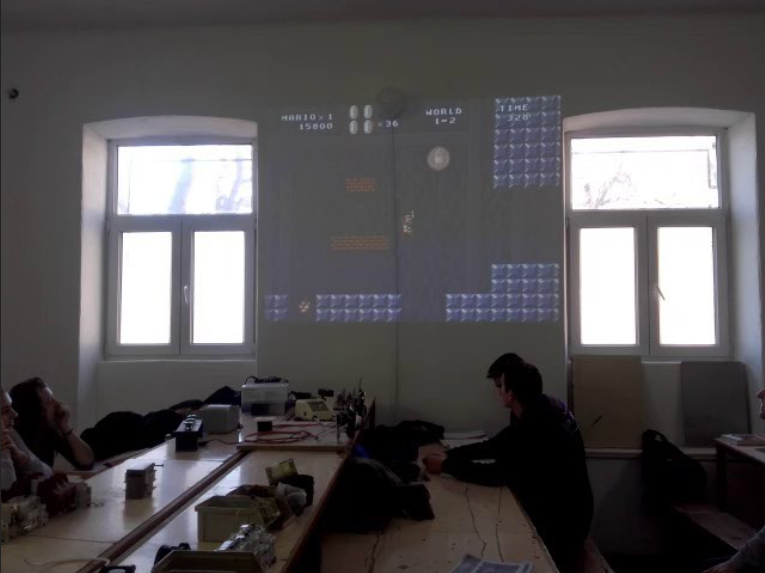 (video clips will be included in my 3rd school moments compilation)

It was fun. I was the only one who reached Bowser's castle, except our professor entered the classroom when I was trying to defeat Bowser.
Nice for a change. My classmates (precisely, one of the girls) called it the most interesting class ever. We don't usually play any games while the professor is absent.

We had a lesson about Bosnia and Herzegovina in World War I, and I forgot to look at my watch. It was 10:40 and my bus left the station at 10:25. Woops~ 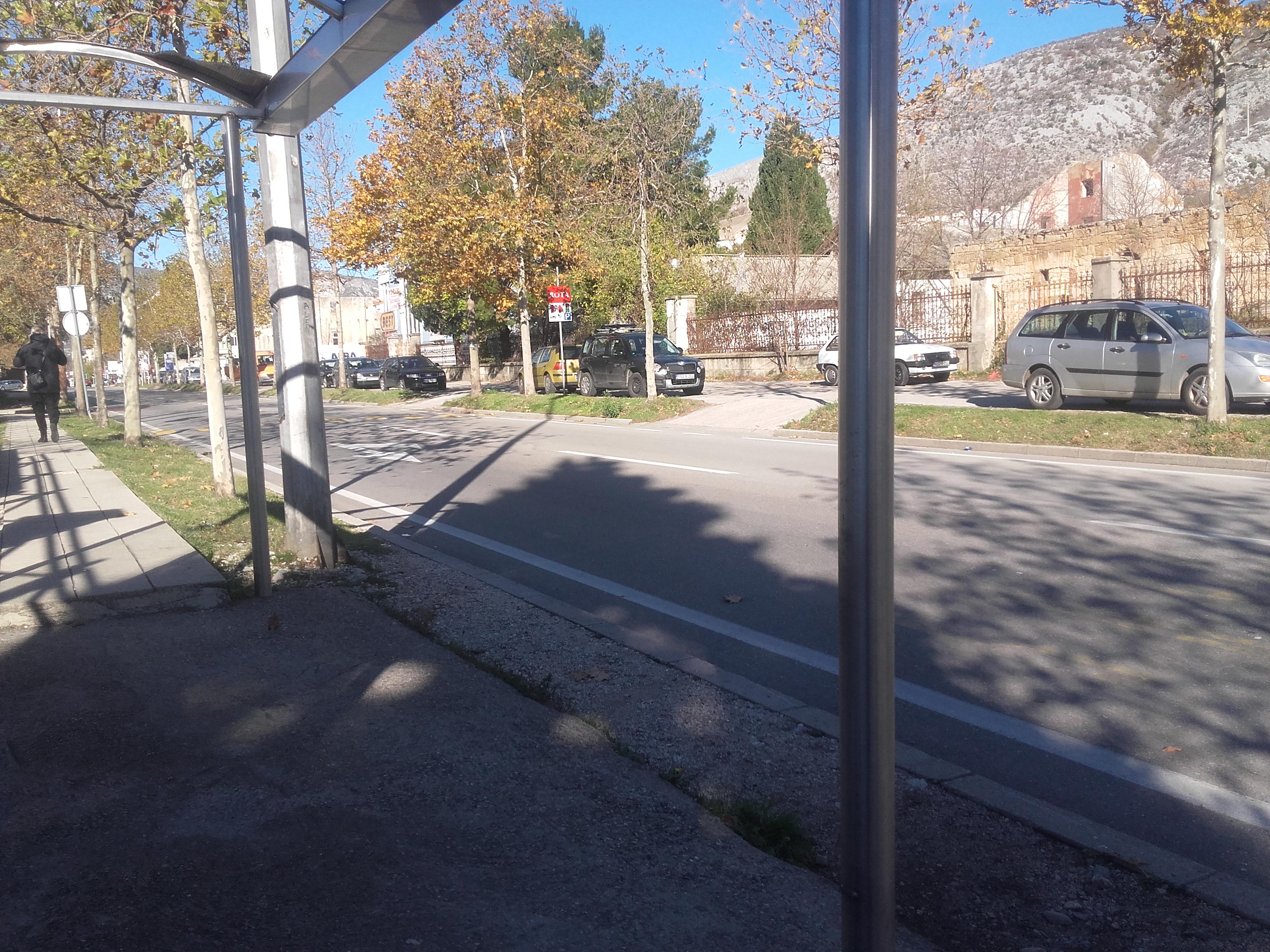 But I didn't really care. I spent 15 minutes waiting for the bus which would leave at 11:30, but then I remembered hundreds of thoughts from my past. "Change yourself for once.", they said. So instead of spending the rest of the time outside on the cold and windy weather, I walked back to the building. 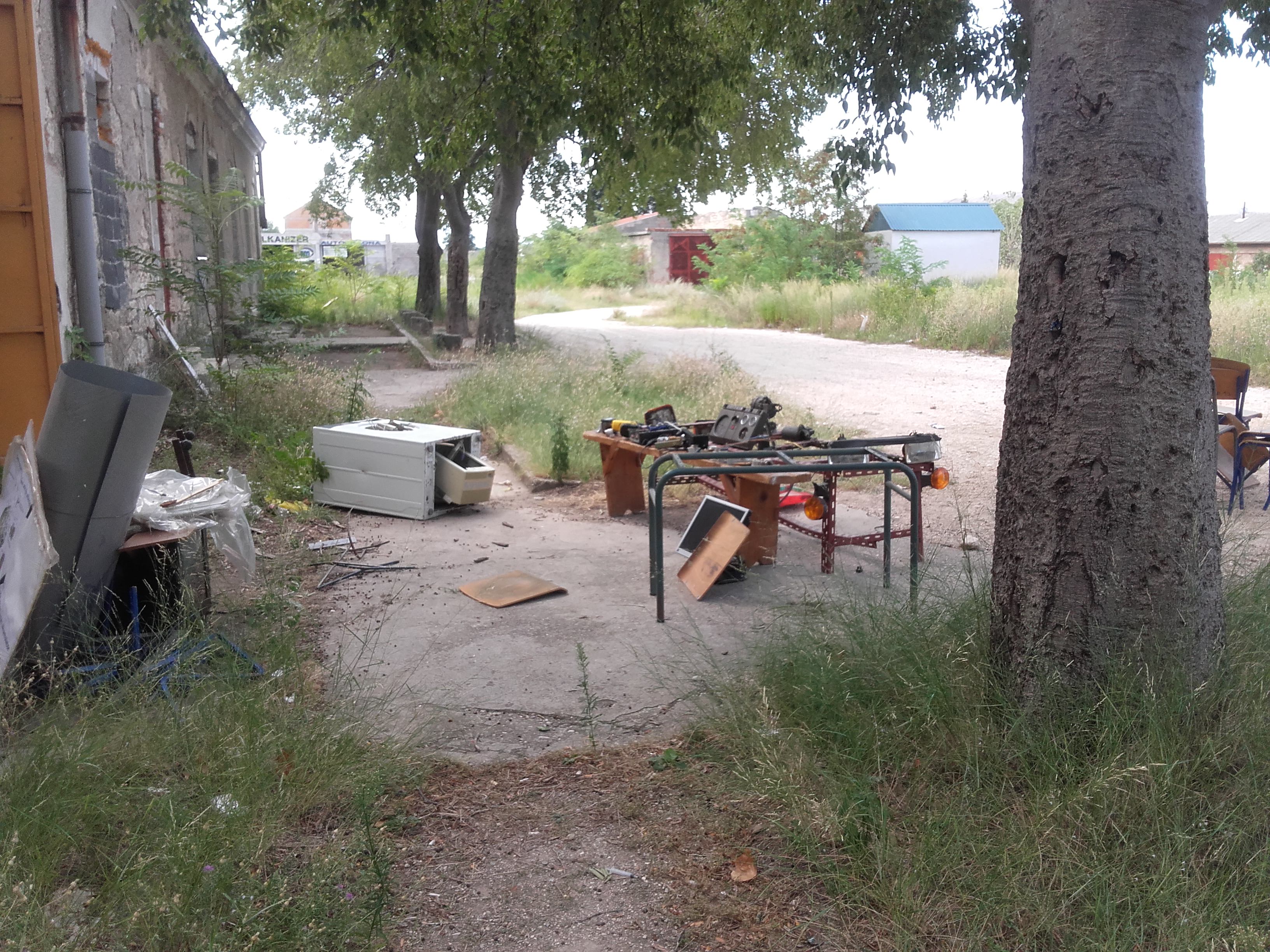 (this is an older photo, ignore the stuff on the floor)

The 2nd half of my class was having Practical class there. They were a class behind my group, so I already knew everything and I decided to help them out and explain some things.
Nice for a change. These guys didn't know a thing about ICs. Imagine what would've happened if I hadn't gone back and stayed where I waited for my bus.

And then a professor from the neighbouring classroom came in, and asked someone to set up the projector. Something wasn't working.
Her entire class was unable to solve the problem. And there were really only 2 things to do: having to use the Intel GMA properties window and enable duplicate displays, and inserting the VGA out into the VGA port, not the Super VGA port.

Nice for a change. A presentation could've failed if I hadn't been there.

So, I realised one thing today. I definitely should change in some aspects. I wonder how many things I've missed out by standing still on the spot, or saying "no" when somebody asked me to go somewhere with them.
Change is good. As a Bosniak, I perceived change as one of the worst things that can happen to me, but honestly, now I don't think it's so bad. (and yes, Bosniaks in general hate change - it's a fact that we're one of the biggest haters of change)

i can read letters in russian server
hfc • 2 years ago2018-12-01 16:28:20 UTC • 5 comments
after some lessons in university i learned greek alphabet. because science using greek letters. for example

after some practicing now i can read all russian words. i searched a bit and guess what russian alphabet actually originates directly from greek alphabet.

But i dont started to learn russian because i dont need any russian yet. 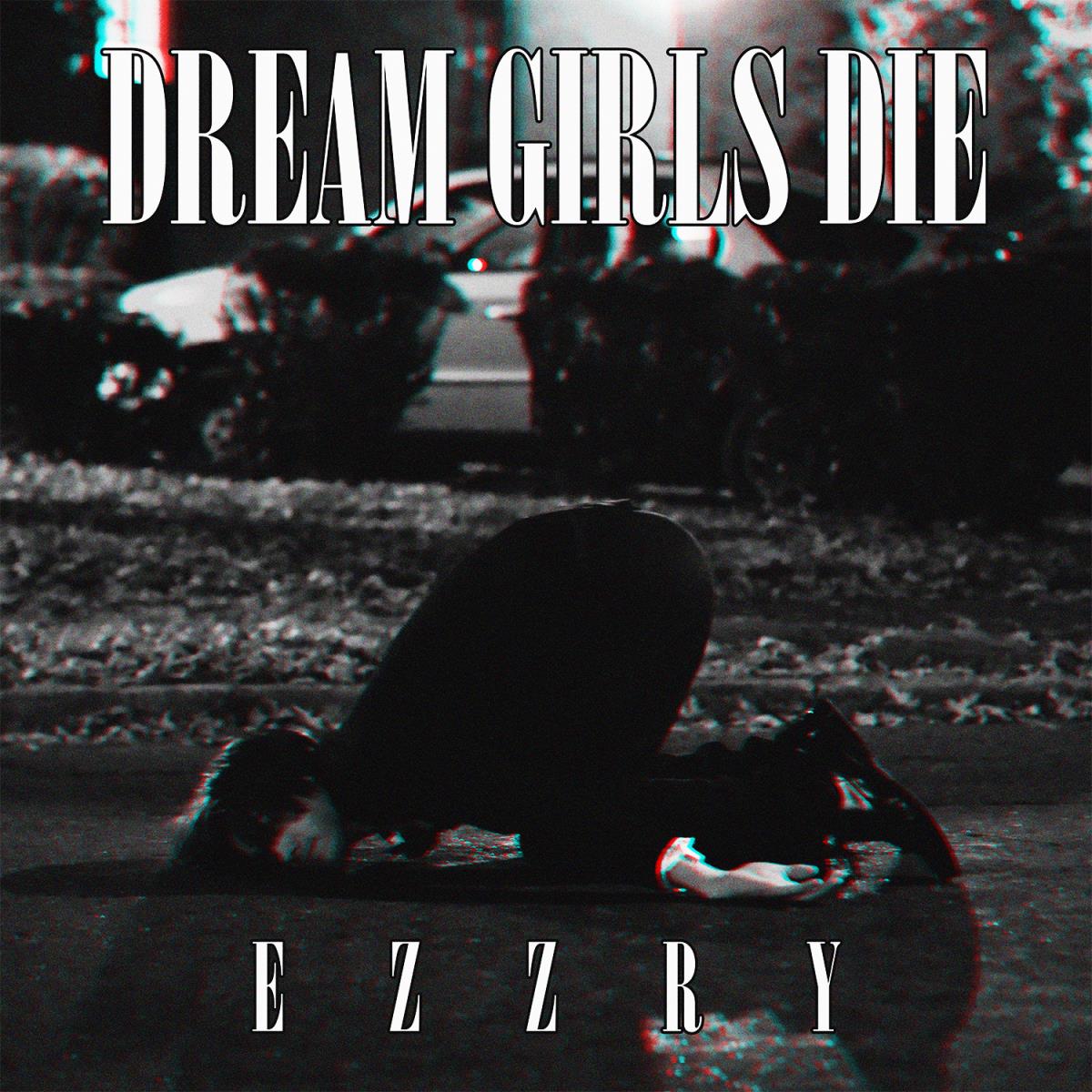 Or if you're not a spotify guy, you can listen to it on a Youtube playlist here!

Alternatively, if you're an actual idiot who wants to pay for this shit, you can buy it on my Bandcamp here.

Video editing software
Jessie • 2 years ago2018-11-29 21:44:02 UTC • 9 comments
Due to recent computer trouble that has largely been sorted out (and one or two other factors), I am in need of new video editing software. What would people recommend? Inexpensive is good. Doesn't need to be particularly fancy, I pretty much just need the basic functions.

Why I am here, where else you can find me.
Nihilanth • 2 years ago2018-11-20 03:04:56 UTC • 3 comments
I want to breathe new life into Dark Messiah, I have the sdk up and running and managed to learn how to use hammer for displacements.
I use Terrain Generator by Nem and Geocontrol 2, but unsatisfied with the results I am interested in acquiring 3dskmax with wallworm for cave systems as well as world machine for terrains, especially 3d skyboxes, I saw these techniques yield beautiful results and feel like I am missing out otherwise.

I am interested how authors used to do their brushwork before displacements, in trenchbroom and goldsrc, I feel this chunk of arcane knowledge will come in handy for building groin vaults in gothic architecture. 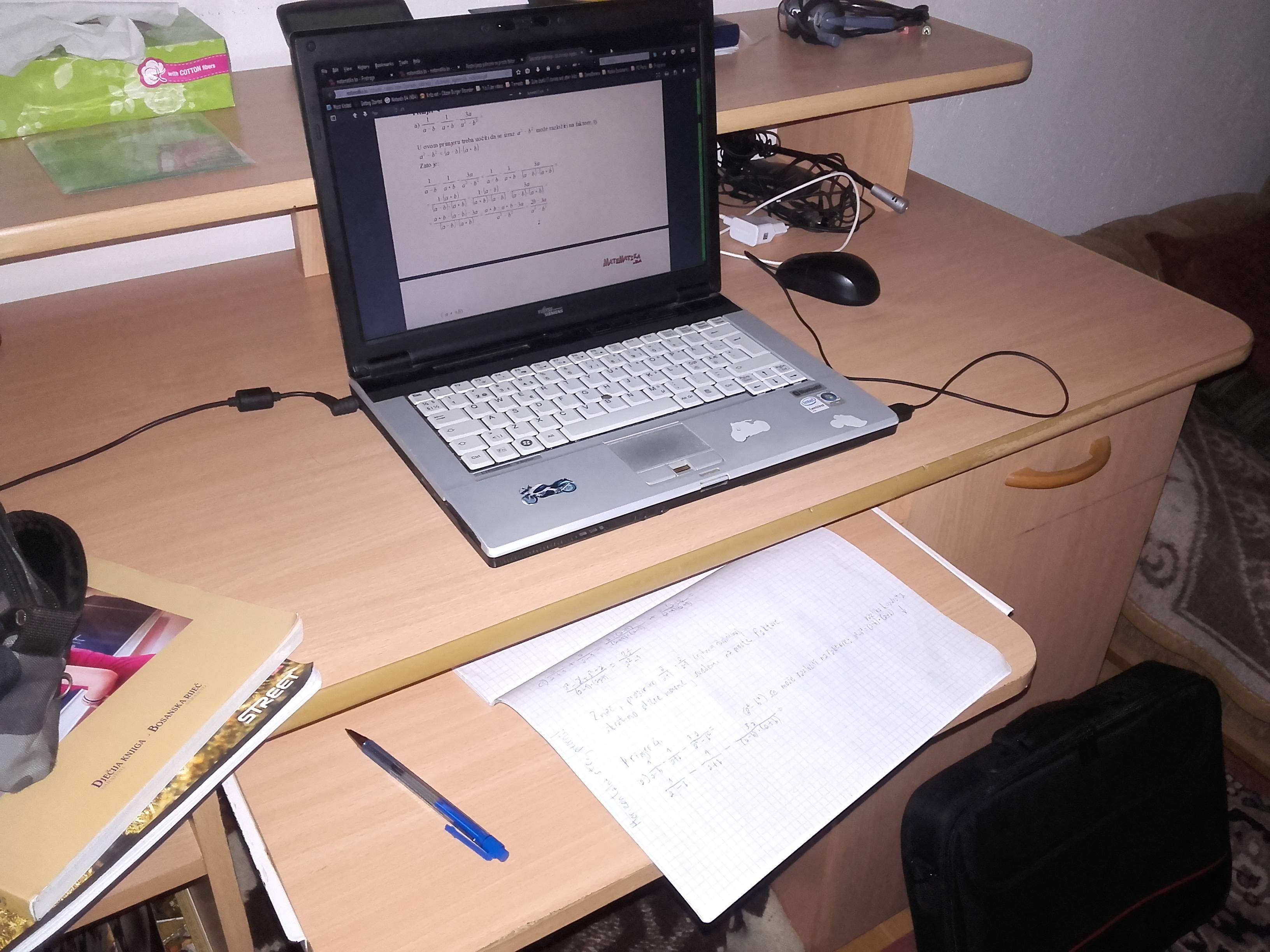 Photo from 2016 or so
Happy 11th birthday, old chap. Live long enough and you might just end up in a museum, right where you belong. =)

I no longer map, as I have moved on to other things in life. I still play Portal 2 and Minecraft with my son regularly, nevertheless. I don't play much games on my own now.

I have committed myself to lots of community service projects--donating books to schools, helping old ladies with their smoke detectors, and delivering food to the poor. I read several books a week to keep myself entertained (by the way, you should all read "Turtles All the Way Down" if you haven't already.

I'll be around for decades more. I plan to retire in 12 years, and I will probably devote my time writing fiction. My son would have graduated from college by then. We'll see.

6 hour shoot, 14 hour edit, grade and sound mix. I am beyond broken, but genuinely proud of this given the time constraints. The clients seemed to really like it too, which is always a bonus.
Lemme know whatcha think!