6 hour shoot, 14 hour edit, grade and sound mix. I am beyond broken, but genuinely proud of this given the time constraints. The clients seemed to really like it too, which is always a bonus.
Lemme know whatcha think!

[EDIT] It's been on for more than half an hour an nothing really happened, then all of a sudden I hear a small dripping sound and I'm like "oooohhh your first poop!" pats the dehumidifier
[EDIT2] If anyone expected an /r/jokes style post, I'm sorry, but I'm kinda dried-up on jokes right now.

And i hope i will make useful machines. Because i dont want to waste my time for not beign a good engineer.

worst thing is im going to travel 750km for school, without my mom.

I have to cook myself for 8 continuous months.

Im so nerveous. because beign unsuccesful is not an option, because all of those above. Each skin took 2 days to make. I spend 4 days for them.
Im giving links. I would have embed the pics here but there is a lot of pictures. So im not gonna embed them. Sorry.
These are full feature skins, i added everything i could, from sprites to GUI images. So there is lots of pictures to show all these features.

I'll hopefully finish with the benchmarks. I have to test BF1942, BF2, HL2 etc.
So far, 3DS Max has been tested, and Crysis.

I know a lot of us do, but I decided to share the memories so we can see how bizarre it gets.

One of the oldest mapping dreams I remember was being in a castle, in Hammer 4.
The castle’s brushwork was fine, but there were no textures. In fact, there were lightmaps so it had that blurry lighting. At first I thought I was maybe in a map viewer like Crafty, or using Hammer’s ray-traced preview. But then, I encountered a sprite which was on top of a torch. The sprite was oriented to face away from the wall, and it wasn’t parallel to the player’s view like most sprites are.

I compiled the map, and the sprite was scaled 10x more and it was parallel. Odd.

Next up, I dreamed a huge mapping collab 3-4 days ago. So, a bunch of people from the Sven Co-op mapping scene (Trempler, Puchi, Aurora, Nih, Keen) and I (basically the Dream Team of SC mapping) were doing a huge collab map. But the thing is, it was in a unified “multiplayer mapping” solution that allowed Hammer, J.A.C.K., Sledge and even Trenchbroom users to work on a map in real time, like in Cube 2 Sauerbraten.

Brushes were spawning in front of my eyes, I was so lost, but it was just beautiful. Mappers were represented with light bulb sprites, with a nickname above them. It was a huge map set somewhere in the mountains. I remember that one mapper (Trempler) was making a fence along one path, and I was turning it into func_detail and adding CLIP brushes. When we compiled the map via the network in 30s or so, we ran it on a dedicated server and it was just amazing.

And 2 nights ago, I had perhaps the most unusual one. I was teaching how to make maps. But not in any software – in QuArK. But not to anybody – to a vortigaunt from Iran. Yes, a HL vortigaunt from Iran. How is he from Iran, I don’t know, he probably teleported there from Xen and came to Bosnia.
I was driving a car (another thing that isn’t real) through my village, and came across a house where the vort lived. I remembered he told me to teach him QuArK, so I did. At least I started. I said “QuArK can be used as many things, a map editor, a model editor and object viewer, a texture editor and browser” (I don’t think some of those are true, but hey, it’s a dream) and then my phone started beeping like the “computer talk” WAVs from Half-Life.

Then the dream ended, and I woke up at 5 in the morning.

I was reading about my old dreams and there seems to be one about modeling too:

"An hour ago, I had a weird dream. AleKK and H2Whoa were in it. AleKK was seemingly contacting someone at Valve about a mod that someone was making for Half-Life. The mod had castles and dragons in it. More precisely, red dragons with armour? Interesting. The modder was making the maps in Blender, and all of that stuff on his very old PC. TBH I haven’t had a dream in a long time, so I’m not surprised that this one is so bizarre."

I also recall dreaming part of the actual design process in Blender. It’s miraculous that my dream had a 1:1 Blender UI and stuff, even though I rarely even used Blender.
Hmm. This sounds oddly specific due to the dragons and all.

But yeah, it’s a good thing I keep track of my dreams. All sorts of stuff can happen.

I once had a dream where Sven Co-op 7.0 was released and they added “dynamic map geometry modules”. 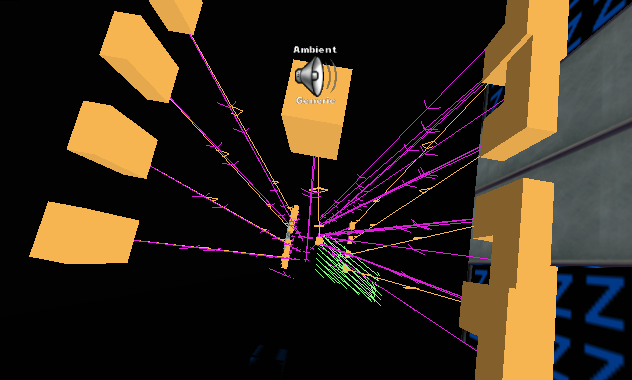 He basically uses 4 doors for the elevator on each side, and then another pair of 4 doors on the outside so that's why all the path_corners.

And then at the bottom we have this trigger_relay magic happening:

When I first played the map, I wondered why I hit the max_edict error but seeing that... yeah.

But the result is quite awesome, as you can see here in this video at around 0:15:What I didn't show in the video: The outer buttons, to call the elevator, even match the state of the elevator. E.g. if you press them, they switch to the active texture as long as the elevator is moving. This is actually quite interesting, because the buttons you see ingame are just func_walls and the real button is hidden inside the wall brush behind the fake button. I wonder why he didn't just put a 1 unit thick non solid brush over the fake button, that would work as well, wouldn't it? I didn't even know you could activate buttons that are "stuck" inside a wall. 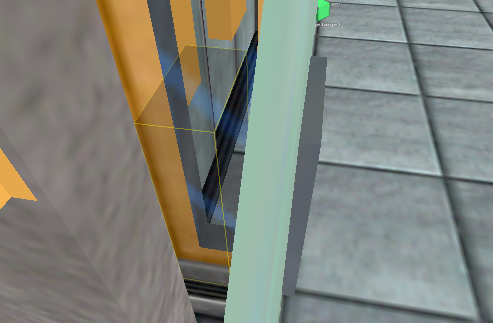 Thanks god I'm currently just trying a simple elevator with 2 doors, still gonna be a pain to get working I guess. But I found this tutorial which is helpful: https://twhl.info/wiki/page/Tutorial%3A_Elevator_Doors_that_move

But then again here it is, without a riddle this time because I don't feel like it. 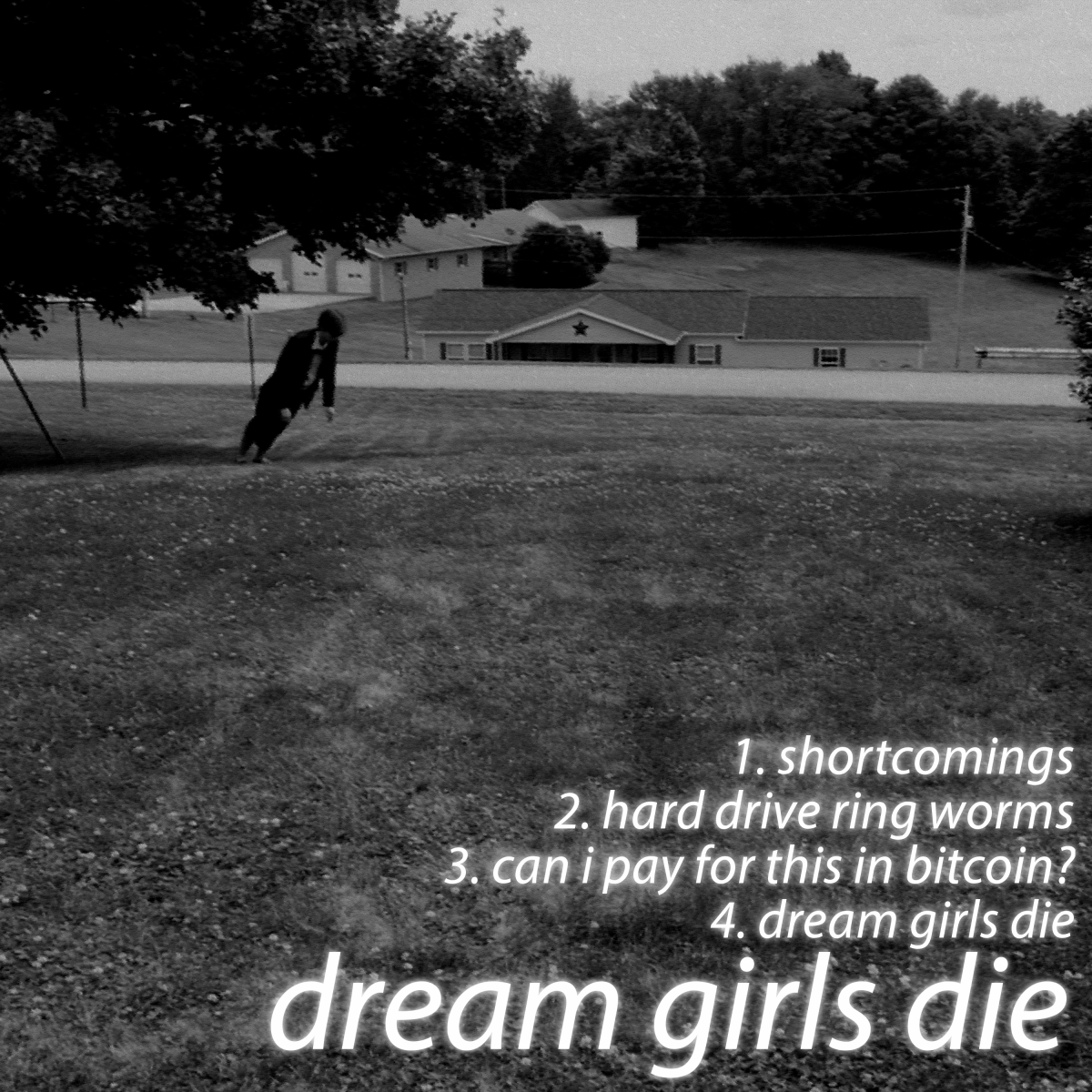