The Goldsource engine is full of wonderful and useful entities, sadly however a lot of them are hugely unused and many mappers do not realise the brilliance of these entities. This tutorial will step through some of the most useful entities provided by beam and sprite effects that you may not know about. 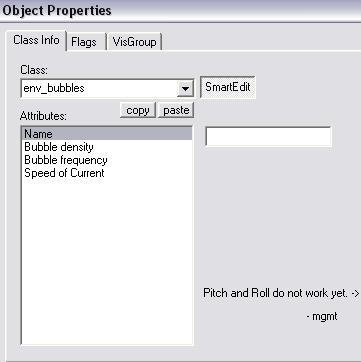 This is a simple brush based entity used to create simple water bubble effects on any given location, just create any brush and tie it to env_bubble (texture does not matter). The size of the brush will determine where the chosen amounts of bubbles will spawn, they will not leave this brush. 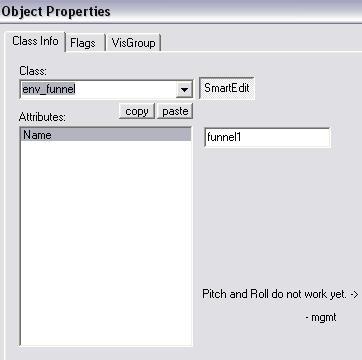 Now this is one of my favourite entities; it's basically a stand alone effect, it has no properties besides it's name for the trigger, It creates a massive amount of sprites at once and either forces them to fly away from it or fly directly into the entity. If you remember the Mission in half-life where the test chamber was destroyed and the alien invasion began, this effect was used there for massive amounts of sprites that came out of the big beam. The downside of this entity however is that you cannot choose the sprites it creates, but it's still a very good entity in some situations.

To see what this entity does with your own eyes (it's pretty amazing), view the example map I added. You have to compile it first.* 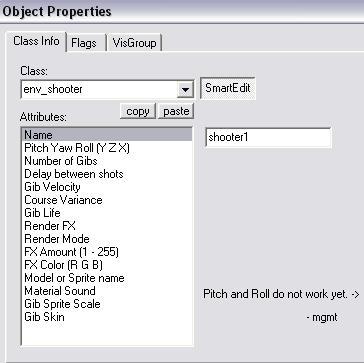 Now this is an extremely good and very flexible entity, one of my favourites. It is used to either spit out models like gibs OR sprites! You can select any sprite, set the properties correctly, and the entity will chuck them out onto the floor where they live for how long you choose.

Note: Hammer only lets you select models in this window, but do not fear. simply create an env_sprite, select your chosen sprites path and copy+paste it into this tab, it will work!

Note: After experimenting with env_shooter, I now believe that animated sprites do not work for this entity, I tested several default hl motion sprites with this entity and they do not work, so keep that in mind. All other sprites should be ok.

Do you remember the shockwave blasts given off by houndeyes from half-life? It is possible to create a very similar and very good looking effect in game, although It requires some hard work. Note: If you are mapping for Spirit of half-life, the env_shockwave entity does this. This tutorial Is simply for doing the same thing in half-life.

Here are the entities required that I used to create this effect: To recap:

You may have seen it before many times in half-life, I'm talking about the beam effect that is used when an alien is spawned. This one is a lot easier to make than the shockwave.

Here are the entities required to create it: To recap:

Skals
Commented 11 years ago2010-07-22 15:44:01 UTC Comment #100930
After experimenting with env_shooter, I came to the conclusion that it only works with non animated sprite effects, I tested it with several animated custom sprites and they did not work, I'll add this to the tutorial.

Mitko
Commented 6 years ago2015-11-22 07:03:18 UTC Comment #100937
Thank you so much! Especially for the alien teleport effect. I recently started mapping and I was so frustrated because of the fact that I couldn't figure out how people do it on their mods and/or Sven Co-op maps.