One of the most over-looked properties that entities possess is the PYR shift. It can produce some very dramatic effects. It can be used to invert a monster, or flip a sprite into a new angle. It also allows the monsters to move around upside-down as if they were standing regularly. Here's how to make a mirror effect with a "reflected scientist": 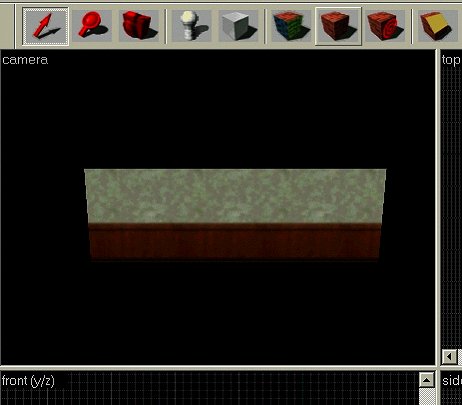 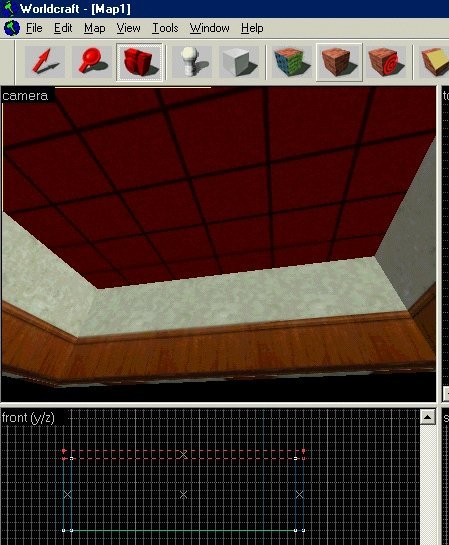 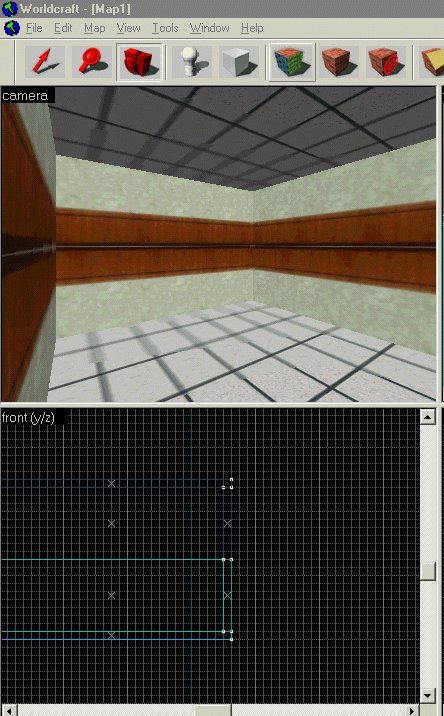 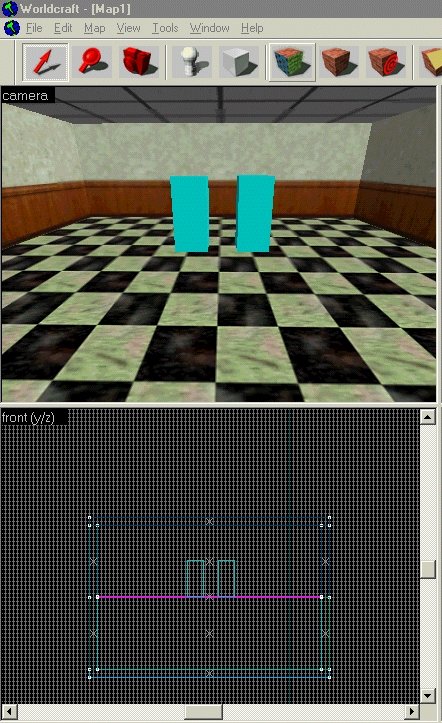 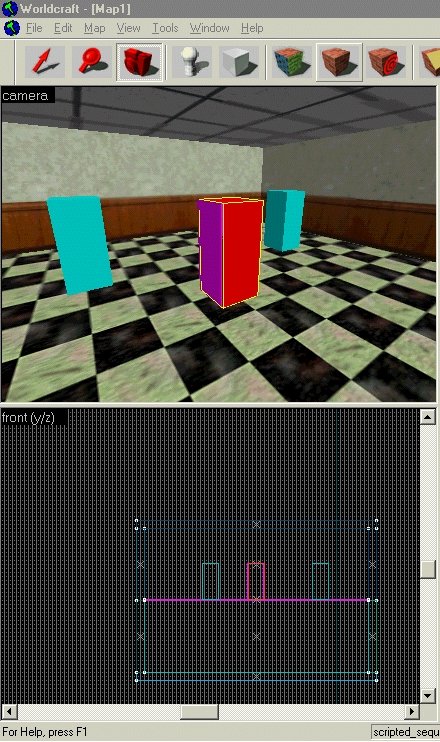 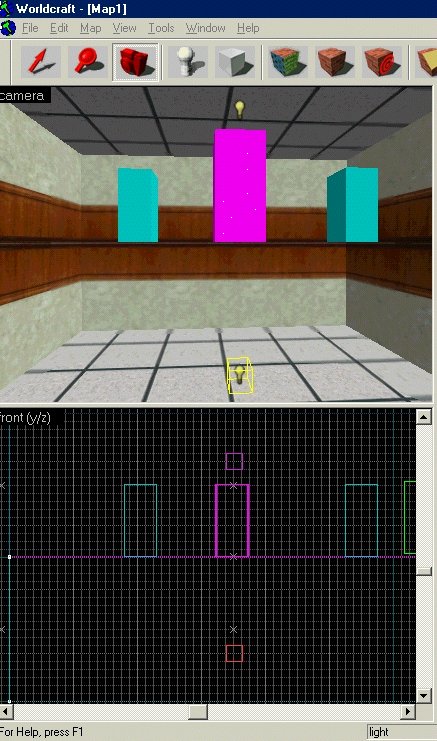 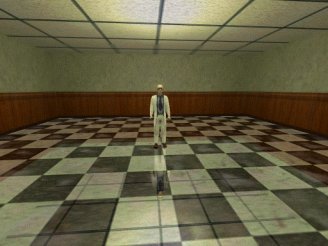 Only certain animations will work, any animation that has the models feet apart or at different locations will give it away, as the feet won't match up, so making a walking reflection won't work, as it's the same model inverted the feet will move wrong. This can be compensated for by having the model walk a raised platform that will obstruct the players view of the feet.

Even though the model is inverted, it walks as if it is still above the floor. You may get a monster stuck in wall error if you try to place them on a larger brush, so keep them on a 1 unit thick func_wall. Make the scaffold they walk on a func_illusionary, and place a 1 unit thick func_wall beneath it Render Mode Additive, FX Amount 0, to make it invisible. Place the Monster with the PYR of 0 180 180 on the func_wall, so he's in the func_illusionary to start. Place scripted_sequences at both ends of both the scaffolds, and have them do the idle1 animation. Start both scientists in the same spot in the top view, and line up both sets of scripts. Have them target each other, and start the whole thing off with a trigger_auto.

Sprites, if enabled in Worldcraft by adding a folder named sprites to the Worldcraft folder and then extracting the sprites from the PAK, allow you to see the PYR shift in WC as you will in game!

Texturing is invaluable, as is placement! You need to make sure that the textures are exactly aligned, use -1 values in your X and Y texture scales if needed, like for any text that may appear. Also you may need to align the monsters in 1 unit increments to assure proper placement, in the enclosed .RMF, I left the scientist 1 unit off, look at the feet, it' s noticeably off.

There are other things possible, but a good magician never gives away all his secrets! Play around with it and see what's possible!

Below is a list of entities related to this tutorial. For a more concrete illustration, check out the example map linked below.
This article was originally published on the Valve Editing Resource Collective (VERC).
TWHL only archives articles from defunct websites. For more information on TWHL's archiving efforts, please visit the TWHL Archiving Project page.