Slav rus map pack by vodka
REBELVODKA • 2 months ago2022-03-17 08:38:21 UTC • 6 comments
I said in Gamebanana days ago, I'll try create a serie of maps about
different conflicts on ex-USSR republics/slav world.
Some examples are Theatre Dubrovska hijack or
Coup attempt of USSR in 1991. I said these examples
for you have an idea about what I mean.
My biggest project I have in years since
my hated chs maps

You could probably already guess why i like it...

So yeah, life has been kinda good. I made pizza last night and that was good too. Pretty good actually. In the last 6 months, I've started doing some things I really like: It's a way to enjoy life for me, and it's kinda cool. Especially cutting down thorns.

I could talk about some other plans I have at the moment, but I'm lazy, so I'll leave that for another journal maybe.

oh no
Drooga • 3 months ago2022-02-22 16:57:32 UTC • 4 comments
Just a little example map, you might find this helpfull if you have ever had trouble making a box. Comment plz, i hope that everyone finds this helpfull.

I'm not sure what to write here, only that I feel I should put something down before I forget and come back in another 9 years or something. Hope your all keeping well, I'm doing perfectly well myself. Guess that's all there is to say. Have a good night.

Showing the physgun that I put in action.

I watched "Skyfall" for the third time last night, and it occurred to me that all the Bond villains suffered childhood trauma. Some of the trauma were unimaginably brutal (I guess that's an oxymoron, because obviously someone imagined it to fictionalize the background story into the character).

In Skyfall, Raoul Silva was betrayed by his own country, just as Bond suffered a near-fatal friendly fire at the start of the film. The different outcomes experienced by these two characters were determined by their support system. Bond, despite not having any close family ties, had a strong family-like unit at work.

Lyutsifer Safin also suffered unspeakable trauma when he became the lone survivor of an assassination campaign by Spectre. Consequently, he became a ruthless killer and planned to exterminate most of the world's population.

You may wonder how Madeleine Swan emerged unscathed, after she was abandoned by her criminal father and alcoholic mother, and also witnessed her mother's execution. Perhaps she was able to rescue herself by becoming a psychoanalyst.

We are all going through something, and we are all survivors of past trauma. The difference in outcome is how we cope and heal. If we have a secure support system, we can emerge stronger and more resilient. Otherwise, we may live in our own evil lair and plan for doomsday as our personal hobby.

Why i cancelled my Steam Deck order
VeryCoolMoment • 3 months ago2022-01-26 19:14:12 UTC • 14 comments
Ok so i hope you didnt just randomly click on this but, I cancelled my Steam Deck order over anxiety of it being bad and hard to refund
(Most of you will be angry but) With the money i'll be putting it towards the Macbook Air (The M1 one) in Space Grey
Sure i know ill get messages which is mostly like "Why are you buying a macbook isn't it underpowered?" but the M1 Chip in the Air is Fast, Like Really Fast and the M1 MBA released in 2020 so theres a ton of reviews on the MBA, While the Steam Deck hasn't even been released yet

Edit: I'm using the MBA as a Programming and Social machine
This is my first Mac so yeah I might try gaming but like Half-Life or some smaller and lighter games

Changing the Vortigaunt's lighting bolt color
Truck Stop Santa Claus • 4 months ago2022-01-16 16:34:19 UTC • 0 comments
After figuring how to change the hud color for my HL1 mod, I though I'd just try doing something similar for The Vorts!
All it took was a couple lines edited, all of them in the hldll's islave.cpp file. 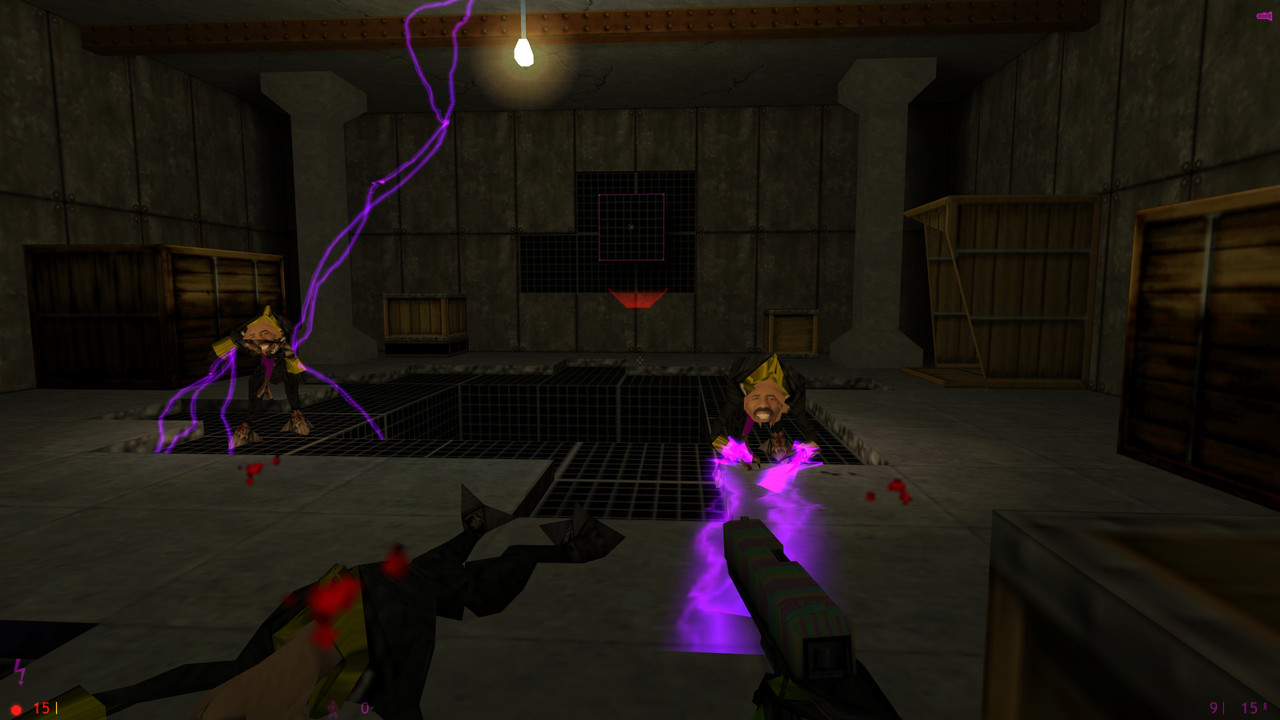 And voilà
Think I could get it to cycle some colors too if I wanted, but I thought I'd share this for now!