Why i'm not making mods
VeryCoolMoment • 1 year ago2021-11-04 21:37:32 UTC • 2 comments
I find Mod Developing harder to do than Game Development on its own.
And Right now i have alot of ideas todo with Game Dev and not alot with Modding on its own!
Right now i'm working on a Sci-Fi FPS called Protocol Orion (Thanks to SolidRogue on Discord for the name idea) and i will be temporarily stepping back on being a "Mod Developer"
Well thats it for now but happy modding (I'll stay active on here and the TWHL Discord

Or maybe they shut it off. Don't know. 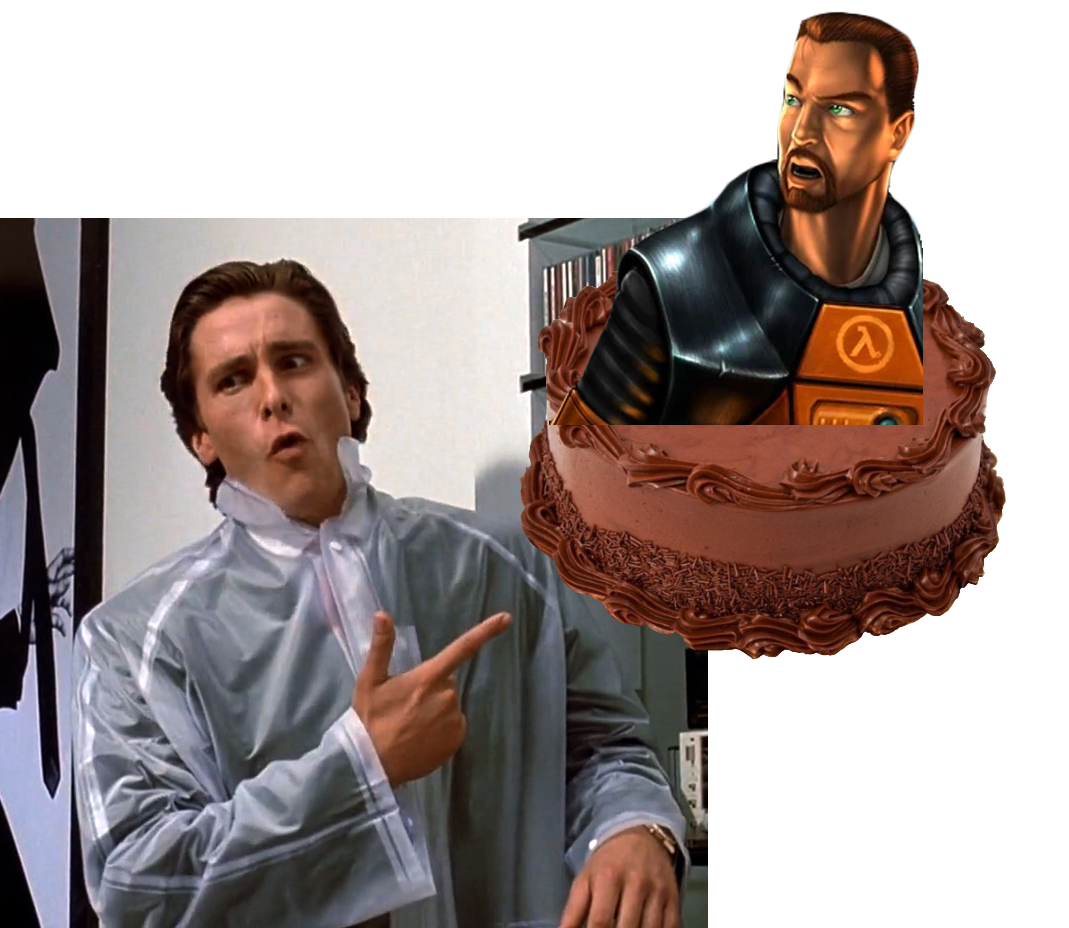 Would you look at that, I've been a member for half my life 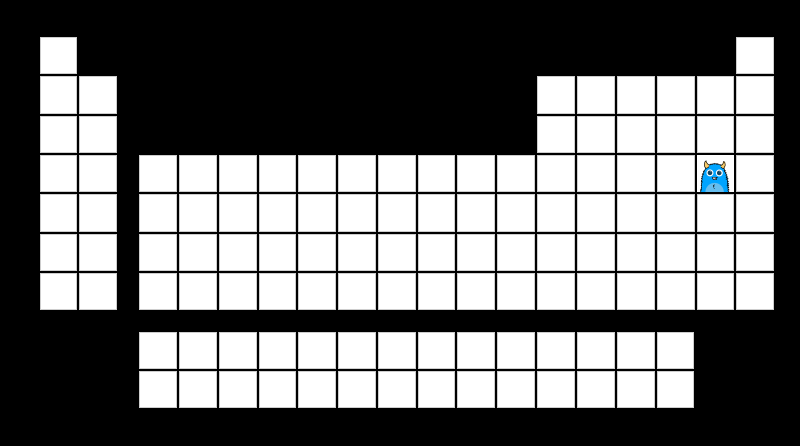 Is it possible getting the vault item of HappyFaces removed so I can replace it? I might need to download the mod first tho.

I am useless and I don't deserve kindness.

Having played Half Life Alyx...
Truck Stop Santa Claus • 1 year ago2021-10-08 00:18:21 UTC • 5 comments
So I did it, I finally got to the end of Half Life Alyx. Is it the brake through VR game that's going to make it mainstream? Probably Not (not that I think it ever could even if it was perfect). Really thought if you already have a head set, it's a must have game. I'll just say if haven't played it, you might want to stop reading now if you are worried about spoilers. They game really takes the sentiment that a lot of critics have said about Half Life games being rollercoster rides and pretty much embraces it. It's a theme park attraction through and through. The Big difference being this took me 14 hours. I honestly found this quite shocking. I get that it's a $60 game but god damn! Don't expect to play this in one sitting(I could only play for about an hour at a time, but I might just be getting old). You will be guided by the nose, even more so than past Half Life game. Even this game's collectables will be more close to the main path than lets say the Lambda supply cashes in HL2. And I had my gun fully upgraded well before the end of the game, so don't sweat it. The new Gravity gloves are a no brainer upgrade from the Gravity Gun. saving me from having to bend down for ammo. and yeah Just picking up and tossing bottles is just as fun and novel now, as it was in HL2. Gun play is where things get interesting. Reloading and aiming are no longer as simple as moving your mouse and clicking. This lead me to some rather panicky moments (wonder if the Devs played Wolffires Receiver). This works great if feel with shambling zombies, than Bullet spoongy combine. Who's encounters I feel are often more frustrating than thrilling. And I kinda feel like the devs knew this, because firefights with them are surprisingly rare throughout the game. On a note of stuff I love, the world and environments. City 17 feel a lot more wild in this game. I get the feeling like the Combine's rule is still new and I can still feel a lot of the old world still linger. Oh and they pulled in a lot more of the alien setting form HL1 and Zen, Big plus. All the characters and writing felt solid. the change in VA for Elie is unfortunate (RIP) but he dose a great job still. Russell feels like a more toned down Wetly form Portal 2 and I'm cool with that. Now for some spoilery stuff. most of the game I really could just file under, solid HL2 style stuff but I do have some highlights. The part sneaking around a unkillable zombie monster, named Jeff. plays like a lot of the sneaky Horror games you see on the PC. And it's a great fit for VR, unnerving and tense for all the right reasons. I feel like the zoo level should have been longer. it's a great bit of irony to have it be the level that the Antlions are reveled (feeling a bit more like Starship Trooper bug, eh ok) We just need more zoo levels in games. The climatic part with the Strider would have gone over a lot better I feel if the artillery gun worked better. And the finale part in the big ship you've been working so hard to get to pulls all the same notes as the sidadal, but better. the crazy Inception style levels are a great treat and breather after the Strider battle. not much to say about the powered up Gravity Gloves other than it made me feel like Shazam! now on to the Big spoiler! So it's not Freeman you rescue but Gman. He gives his sepal and gives Alyx the choice to kill the Advisor that killed her father in Episode 2. I didn't wait to see if there was a HL1 style ending. Now the big thing is after the credits (thankfully short for a VR game) and wow Elie is a live and hands you (Gordan Freeman) the crowbar. Still don't know how I feel about this. So, over all HL Alyx is great, but my back and legs hurt after an hour of playing and my face gets sweaty.

ADHD Doc
satchmo • 1 year ago2021-09-18 11:26:18 UTC • 1 comment
I recently created a new YouTube channel called ADHD Doc. Many of you may already know that I am a pediatrician specialized in helping families dealing with the ups and downs of parenting children with ADHD. This is often the greatest challenge I face as a pediatrician, but this is also often the source of pride and most gratifying reward.

If you or someone you know suffer from ADHD, perhaps these videos can offer some helpful tips and a ray of hope.
ADHD Doc

Most people around me have been vaccinated, and my parents are getting their third dose of the vaccine tomorrow morning. I am about to get my third dose also.

Scott is in high school now. My 11-year-old gaming desktop finally broke down (well, the main SSD failed). I gave it to my nephew and helped him transplant his HDD to the gaming rig. He's happy that he got such a performance boost.

I lost interest in gaming. Perhaps it's my waning testosterone level, but I just don't get the exhilarating feeling when I game anymore.

River (my dog) is three years old now. I am elected to be the next president of my local Rotary Club. This is the website I designed for our club. I am contemplating retirement within the next 5 to 6 years.

Inactivity report
VeryCoolMoment • 1 year ago2021-09-05 13:44:37 UTC • 4 comments
I have been outside the HL community due to some internal/external issues on Wall Source and i think im ready for rejoining
This forum has been smaller since i dont have anymore to say

Continuous Integration and Scrum on Goldsource mapping
Loulimi • 1 year ago2021-07-20 20:55:21 UTC • 2 comments
I somehow convinced myself it would be fun to integrate some of the principles I learned in Software Development back in my mapping methodology (assuming it even existed back then).

For this reason, I made use of the brief period of free time I had between quitting my first job and starting my second one to do just that. (Please don’t comment on my use of free time, I know I’m not doing great.)

First of all, I adopted and adapted the Scrum methodology to Goldsource mapping. I first established a constantly growing list of features to implement and other to-do’s on Google Sheet (the product backlog) with their estimated effort (or story points, as Scrum calls them). I set the Sprint duration to one week. This meant that every week, I would first have to decide on a list of items to try to implement during this limited amount of time, implement them, and make the whole map look like somewhat "devilerable" product by the end of the week and test it (with other players, since it is for Sven Co-op). I also had an idea of how much I achieved by looking at the sum of the story points.

I also tried to use Continuous Integration for my map. I actually don’t think what I did really qualifies as CI, but I’m pretty sure this is as far as anyone will ever go to add CI to a Goldsource mapping project anyway. This first meant using Git (which is already extremely useful, even if not doing CI or Scrum). I included the executables the map relied upon for compiling in the repository (Resgen, the VHLT…), and made a script for compiling the map!
Now making this script was tricky but worth it. Choosing Batch wasn’t the best choice I could have made, but it does the trick. My script takes the map name as the first parameter, and the profile mode as the second (dev or prod). In prod mode, it compiles with higher VHLT parameters but, more importantly, it removes all the entities that start with _dev from the map file. These entities, when they are not removed (i.e. in dev mode), make the map easier to test and debug by removing certain doors, NPCs, turrets (damn turrets!), and giving me more weapons for instance.
The map file can be generated automatically using HLFix, and all the custom resources the map relies upon are automacillay copied in the build directory thanks to ResGen.
Thanks to this script, I can not only create a clean, redistribuable copy of my map whenever I want to (without fearing to forget files or include obsolete ones since the build folder is cleaned before each run), but I can also test my map using Travis! This means everytime I back up my work online (push it to Github), Travis can run the script and check that all is compiling well. Admittedly I don’t do this very often since it’s kinda useless to test the compilation process on a remote server and I don’t want to spam Travis too much.
And now, thanks to WadMaker, I could even go further and just store the original JPG files (or maybe even XCF files) in the repository and create the WAD on the fly in the script.

All in all, having a script streamline the compilation process makes things really much easier. Everything is included in the folder and I just need to move it to the game folder, or share it, which is really useful when testing regularly with other players. Having a dev mode also solved a problem I had whenever I started mapping. (Forgetting temporary dev entities in the final map, or on the opposite sitting through playing the map in its entirety just to test one room.) And for course, not having to run Hammer to build the map can also be convenient too.
I found that Scrum fit somewhat nicely the mapping process, although I’m not sure it always does since mapping is sometimes an erratic and unpredictible process. Having to test my map regularly was really useful too, first of all by making me find a way to easily make a redistribuable copy of the current version of my map, and also by allowing me to detect problems with my map early, be they gameplay or technical problems. I was thus able to review early the direction I wanted to take with my map and correct technical issues before it was too difficult to change things. This included wpolys too high, the map being too big because of its textures, or a puzzle that was too difficult…

What about you guys, do you also use similar methods or not at all?