Striker
Commented 1 month ago2022-04-12 08:21:36 UTC in journal: Bridging Cities With Minecraft Comment #104326
I like the aesthetic of the site. But I'm not sure I understand the purpose :). Is it for students from sister cities to get together and play in their minecraft worlds?

Commented 2 months ago2022-03-17 20:07:47 UTC in vault item: TWHL Cubicles: TWHL Office (2022) Comment #104226
Can't lie, my eyeball became significantly wetter seeing my picture there.
I guess sometimes the simplest thing to do is to stick around and people will remember you, regardless of your talents.

Striker
Commented 4 months ago2022-01-07 09:19:12 UTC in journal: My decision Comment #103985
I haven't known your dramas around here so I don't probably care about those. Stojke put it into good words. What I can add is something I heard in Dune - Life is not a question to be answered, it's a process to be experienced. There's no point in coming here anymore if you don't feel like it, but maybe your curiosity will bring you back in the future at some point. It brings me back, TWHL still is my first tab since 2007 in Firefox :).

Farewell dear TWHLer, and best of luck in life!

Striker
Commented 6 months ago2021-11-20 22:41:08 UTC in journal: Gamingparents.org Comment #103844
In now know people from highschool/college who have kids.
It's almost weird to play games (well, I don't actually do that very often either... but form time to time maybe I'll give CS:GO another try) with them because the following situation arises in my mind:
"If I had kids, wouldn't I feel guilty playing games? Would I have time?"

I can't answer yet that question :)). But what I know, observing them, is that after you get married your personal free time is significantly cut, and "free time activities" are all of a sudden a family project :). So when somebody with kids plays a multiplayer game with you, it's probably a special occasion.

Oh, this is not about that. Happy birthday!

Striker
Commented 7 months ago2021-10-07 16:22:12 UTC in journal: Gubba nub nub doo rah kah Comment #103741
I've seen enough episodes to recognize this as a R&M reference. But not enough to understand what you're trying to say.
As such, I wish you a happy birthday!

Submissions are open until December 1st 2021

You know what's funny, I think by the time we retire and TWHL is still present, the submission timeframe will again be lowered to about a month or two.

With that being said, at last I'll have the courage to produce something too for this compo.

Striker
Commented 1 year ago2021-04-16 15:49:52 UTC in journal: A nickel but no dime Comment #103518
@Testsu0, sure! I'll wait for the package though and then practice a bit more since I'm not sufficiently skilled to play with someone yet, and I'll give you a notice. I sometimes go to Jamplay for some tips and tricks, there are some very awesome teachers there!

@NineTnine, JR is funny and often times it amuses me a lot to see how astonished he is at some piece of new info (ofc, I assume a lot is a bit of theatre).

@Oskar Potatis, you are correct. Thank you!

Maybe after you get some professional experience you can come back and tell us, or do a vlog about how level design is done professionally and how having worked with Hammer for years has helped you transfer your skills there, comparisons etc.

Striker
Commented 1 year ago2021-01-28 18:22:45 UTC in journal: :( Comment #103213
I come here from time to time too, it was my home community when I grew up on the internet. Nowadays I still have an uncompleted project for Source but my life requires much more attention these years than my teen passion for Valve games.
Very rarely I come back to mapping again.

Striker
Commented 1 year ago2020-12-07 15:56:26 UTC in vault item: Car Assault v1 Comment #103125
Ohhhh I remember this game. I forgot the name, but I remember I received the CD of it to play it on my Pentium 2 when I was about 8 years old. It was only over the weekend, and the game only ran with the CD in. I was instantly obsessed with it but then lost it forever when I had to return the CD :(.

Commented 1 year ago2020-11-17 21:26:59 UTC in vault item: TWHL Tower 2 Comment #103045
One of those things that just keep on giving on each replay. There's so much to be inspired from, and even some slick levels with incredible attention to details.
It took me 3 hours to play it, it would take me a week to give a reasonable and fair review to each map, so I'm just gonna congratulate every mapper for the effort that went into this.

It was a short, sweet HL style and honestly a bit frustrating mission at times. In the first encounter (after switching off the fan) I was left fighting with the HECU at 8HP. Probably bad luck though. But before the last fight there were sufficient health recharges even though it wasn't as intense anymore. There are several areas that were dimly lit, and at first I thought there was a problem with my settings. My brightness and gamma settings were a bit above and I even switched off my room lights. I understand the dark atmosphere required there but it was probably overdone imo.
After the first fight, in the lift I had to use noclip after 4 retries to hit that damn ladder and almost dying :)).

The architecture denotes a skill that has been mastered over the years of mapping. It's clean, coherent, pleasant to the eye. It feels like Black Mesa while still being something original.
The texturing went hand in hand with the architecture, and it left my eyes satisfied.
The ambience - not so much. There's a lack of dynamism (I know it's HL style gameplay we're talking, but we still have all kinds of opportunities as mappers). For example, I think the area under the bridge is a missed opportunity for something happening there - a black mesa metro line for example with a metro passing from time to time. Just my imagination :P.
Lighting - overall good, but as mentioned before, there are few spots with very dim areas and I'm not sure this is actually the map or my settings/monitor.
Gameplay - It's always hard for me to judge this one, because Half-Life is an old game and I don't want to be harsh to a mapper who spent time and effort on creating something nice. For the given context, I think the challenge was sufficiently good, but after finally "bridging the gap", the show was over - well, except for a pesky turret waiting at the end.

I totally understand everyone's procrastination - such as yours with The Core. Instead of doing my chores and preparing for the next week, my brain considers that this review is much more important of a task.

Striker
Commented 1 year ago2020-08-01 09:01:46 UTC in journal: More of this... Comment #102838
Went to the trouble of uncovering the mystery of this journal. At least this forced me to remember my minecraft credentials.

What does it all mean?
Happy birthday man! How are you lately?

Striker
Commented 1 year ago2020-07-26 10:56:29 UTC in journal: Welcoming a New Friend Comment #102810
Cute dog! I was expecting something a bit bigger when you said it's a Shiba Inu mix, but then I remembered I always confuse that with the Akita Inu, which is a larger breed :)).

We contacted so many rescues and shelters that we started a spreadsheet to keep track of everything. For every pet that's up for adoption, more than a hundred families apply. The demand for pets is extremely high during the quarantine. I was losing hope when my friend and co-worker tipped me off about River. My friend volunteered at the rescue for more than a decade. Without a personal connection, we would still be waiting for a dog.

I'm sorry to say the situation is quite opposite where I live. There are dogs that live in the shelters for years before they're adopted. I myself couldn't take care for one due to the lack of space and inability to take it with me to work during the day, even though I'd like to take care of one.

Striker
Commented 1 year ago2020-07-26 10:41:46 UTC in journal: Tragedy Comment #102809
Speechless souls are a wonderful part of our life. My condolences and may the memories offer you and Lyssa comfort.

Congrats on your cast little bear. With a few refinements in your technique, you could open your own shop :)). Well, I don't know what I'm talking about, I've never tried this. I only messed around with some liquid resin about 6 years ago, inside my apartment. That was a mistake, the fumes are very powerful and the smell lasts for days until it cures.

Striker
Commented 2 years ago2020-05-21 10:12:06 UTC in journal: #1 Comment #102734
I come here to read and be inspired by the messengers that have long left this old chamber, who leave words of encouragement and for warming the soul of those who dare to explore the forgotten caverns of the internet.

"Do not despair, you will eventually find human contact again!"

A beacon of light, if I might, is what I leave here in my journey to other points of space. But its light slowly perishes. Ye stranger who comes here, put your hands around it and warm it again!

Striker
Commented 2 years ago2020-05-20 15:24:36 UTC in journal: Me Too Comment #102729
Ah... fresh graduate! Be wary of employers who are counting on HRs to count the accounting internships on your CV because supposedly that counts, it doesn't. It matters how good you are at accounting!

On the account of this journal and through the countless comments, I wish you a very merry birthday - if that's the case, and I hope it counts.

.
The way the PC is positioned right now makes them a bit annoying at night. I've put super low effort into actually buying components with RGBs on them, it's just that almost every component these days has a light slapped to it. I have to see if I can modify the AMD's cooler RGBs to set it to something orange, and the GPU too, to have a blue-orange Portal-ish theme.

What did you graduate from?
This comment was made on an article that has been deleted. 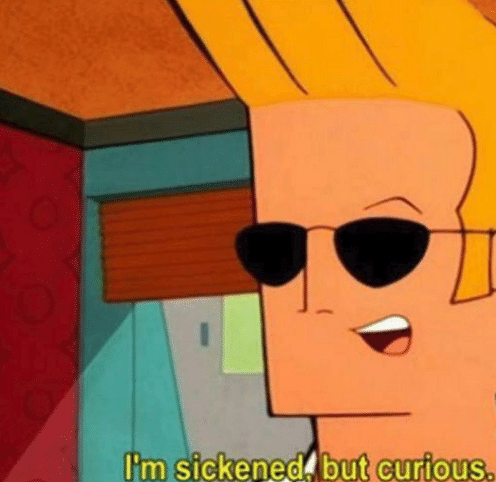 The sickened part is in relation to the price.

Striker
Commented 2 years ago2020-04-07 21:51:44 UTC in journal: Some plans for 2020 uwu Comment #102654
You're really admirable. I wish I had done as much as you do at your age. For me it's quite weird when I realize that I begin learning more and more from people younger than me. In a way it confirms me that the world won't stop and knowledge keeps passing on.

Striker
Commented 2 years ago2020-04-07 21:46:36 UTC in journal: Covid19 death of my teacher. Comment #102652
Hope you can pass well over this event. It must be really shitty especially if you cared about him, but even if not, probably a weird experience knowing the ephemerality of life can hit so close.
Take care man.